The Art of Dickens 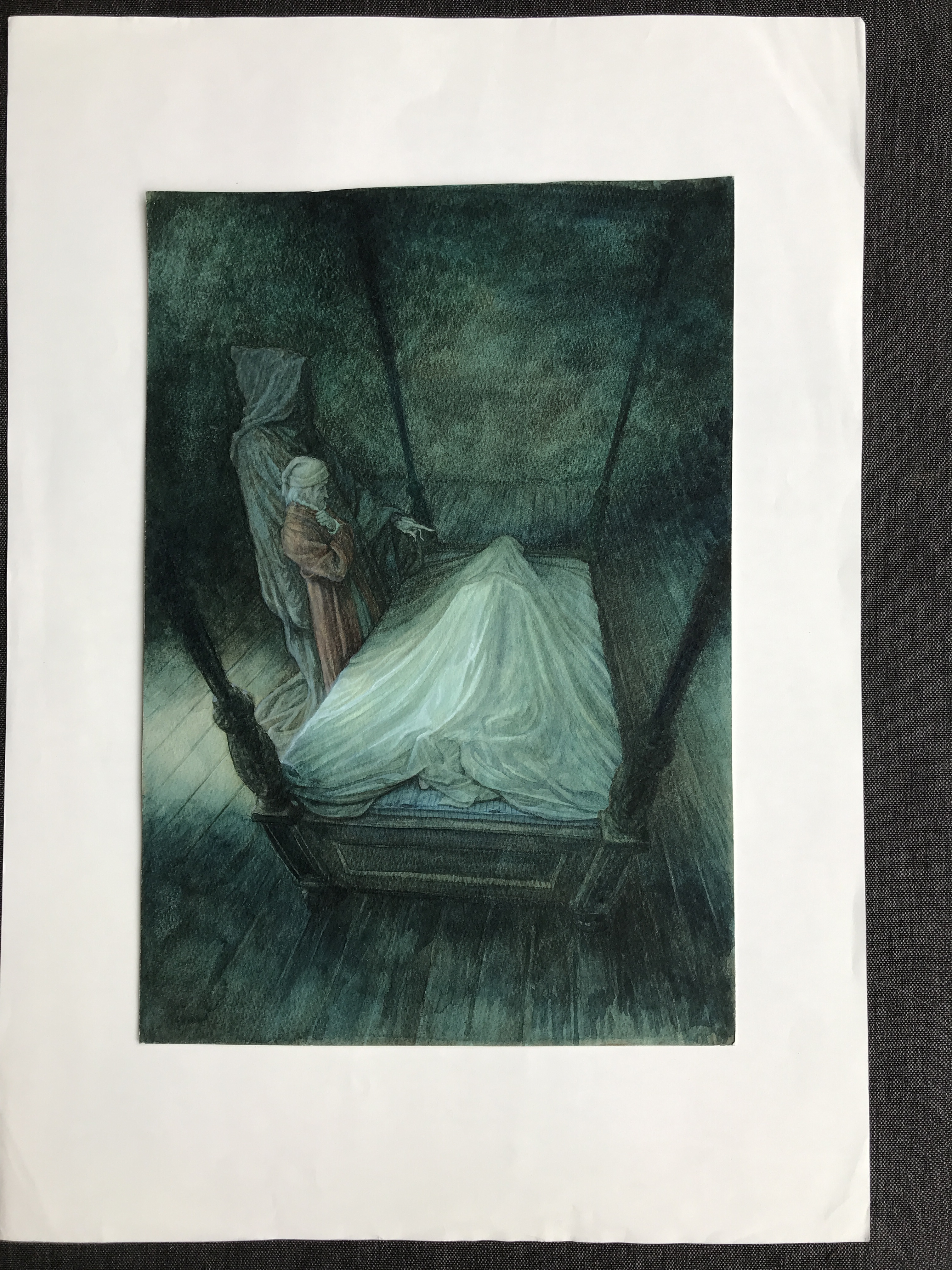 Over the past few years, the wonderfully interactive experience (much more than an exhibition) at the Decker Half Moone Center at Nauticus has been creating and adding to the magic of the holiday season. This year, however, is very special with the impressive exhibition of original drawings and paintings for the time honored classic, Charles Dickens’ A Christmas Carol. The art is by the gifted and much lauded Irish illustrator (especially known for his children’s’ books), P.J. Lynch.

And, even more enticing is the fact that this year is the 175th anniversary of the publication of Dickens’ Christmas classic which is to literature and theatre what Handel’s Messiah is to music or Tchaikovsky’s The Nutcracker is to ballet. They are not just holiday classics, they are all family favorites that annually introduce young and old to the magic of the season.

Every child attending this year’s Dickens Christmas Towne will be given a free copy of the book.

When it was first published in 1843, A Christmas Carol helped bring the festivities of the Christmas season back into vogue. For the previous century the singing of Christmas carols had been in decline. But with Queen Victoria and Prince Albert’s influence as well, the tradition of decorating and lighting a Christmas tree also came back into everyday life and these traditions continue to grow and get stronger. Coincidentally, in that same year, Sir Henry Cole developed and produced the world’s first commercial Christmas cards.

Dickens, himself having grown up in dire financial straits because of his father’s mismanagement of money, was determined to “strike a sledge hammer blow” on behalf of England’s poor and overlooked (sometimes shunned) population. Like many of his other works, A Christmas Carol examines and brings attention to the plight of poverty in the dark and foggy days of 19th century London and uncovers the many themes of social reform.

It is said that Dickens himself was largely responsible for the use of the term “Merry Christmas” and it is of course the infamous miser, Scrooge, who shows us all that Christmas should be a time when we need to focus on those less fortunate – a new kind of concept where those more fortunate in society should create joy in sharing with those far less fortunate.

In the novel, we meet Scrooge on a cold and frosty Christmas Eve when he is visited by the ghost of his former business partner, Jacob Marley. Scrooge then receives visits from the spirits of Christmas Past, Present and Future and in the course of the novel the old miser is transformed into a much gentler and kinder man. The original book, published like many of Dickens’s works in monthly installments, was illustrated by John Leech. Within just a year of its publication, A Christmas Carol went into 13 re-printings and Dickens himself gave hundreds of highly acclaimed public readings of the work over the next few years. The book has never been out of print and the story has, of course, been adapted countless times into versions for the stage, for opera and for motion pictures.

THE ART OF CHRISTMAS – NEW ILLUSTRATIONS by P.J. LYNCH

In this new exhibition, original sketches and drawings for A Christmas Carol  by the renowned Irish illustrator P.J. Lynch are featured — indeed they are being shown for the first time here in the United States right here in Norfolk.

The artist spent literally hundreds of hours creating preparatory drawings and this eye opening exhibition traces the development of the original concepts as they evolve into the final illustrations for the book. Of particular interest and hard to miss is the 7 foot oil painting which Lynch created for the book – painted the piece in the window of Dublin’s iconic bookstore, Hodges Figgis. And just last year, the revered Boston Pops Orchestra created a musical score to accompany Lynch’s illustrations.

A multi award winning artist, P.J. Lynch has illustrated numerous books, bringing each to life with his unique and engaging style. He won the prestigious Kate Greenaway Medal for two of his books – The Christmas Miracle of Jonathan Toomey by Susan Wojcviechowski and for When Jessie Came Across the Sea by Amy Hest. He has also designed award winning posters for both Opera Ireland for the legendary Abbey Theatre in Dublin as well as various sets of Christmas postage stamps.

Born in Belfast, P.J. Lynch showed remarkable talent and aptitude for drawing as a teenager. He vividly remembers that “Belfast in the 1970s was a scary place for a teenager” so he used drawing and reading as a “way of escaping for a while from the horrors that were happening around me in the real world.”

After attending the Brighton College of Art in England, he launched his stellar career with his illustrations for Alan Garner’s A Bag of Moonshine which is a collection of folk tales from England and Wales. Acclaimed as “the most exciting newcomer to British children’s’ book illustration” he won the coveted Mother Goose Award.

Dickens Christmas Towne also features many other innovations this year including tea parties and a highly entertaining production of Scrooge’s Journey. And of course be sure to immerse yourself in the entire extravaganza by taking in the puppet shows (lots of new puppets this year), juggling, magic shows, Geoffrey the Talking Christmas Tree, an indoor snowfall and a craft corner!

The Art of Christmas is on show inside the Decker Half Moone Center at Nauticus through December 31.