Getting In The Spirits 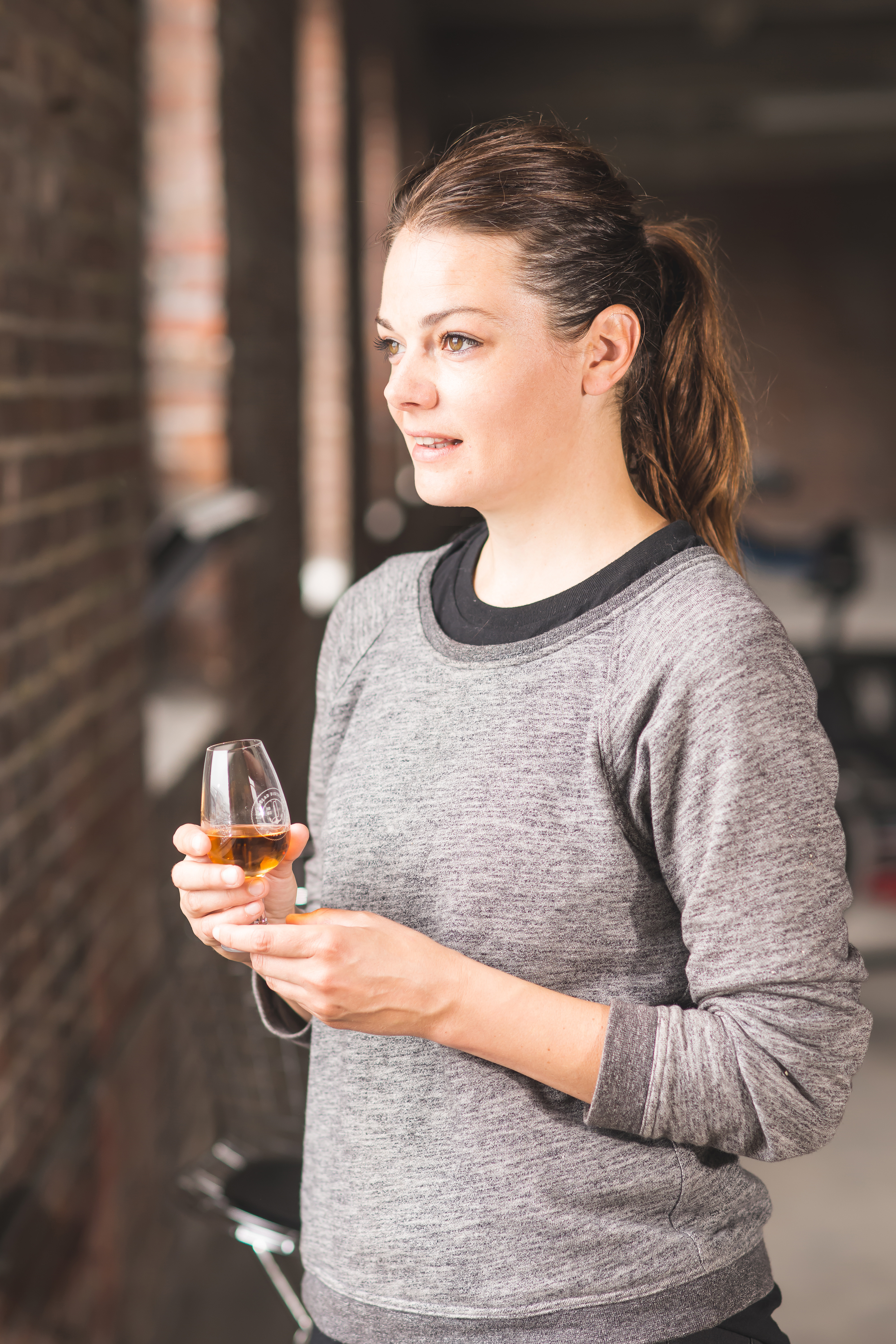 By all measures, the spirits industry in Virginia is booming. While the number of distilleries grew 19 percent from 2016 to 2017, sales grew by 30 percent, state and local taxes paid grew by 51 percent, and federal taxes paid grew by 63 percent—and the numbers from 2018 promise to be even bigger. Credit the Virginia Distillers Association, a non-profit that formed in 2016 and has partnered with the Virginia Alcoholic Beverage Control Authority to champion legislative changes that make production, sales and promotion of Virginia’s spirits more competitive with beer and wine. Kara King, the creative director at Ironclad Distillery Co. in Newport News, was recently elected to a two-year term as the association’s vice president. Here are some highlights from a recent Q&A with Veer Magazine.

Tell us about the benefits you saw as a member of the VDA—before you took office.

Also, just the legislation that has passed has been amazing. Two years ago, if you had a tasting room, you were only allowed to pour one ounce of your stuff. Now we can pour three ounces, which is a lot more beneficial to us.

The sales growth over the last two years is really amazing. How much of that do you think is attributable to the VDA?

The road shows alone—when [VDA Executive Director Amy Ciarametaro] started it, maybe she’d barely get five distilleries to participate. Since the law changed that we can pull a license to sell remotely, that’s changed the game. We love to go to them just because people are so excited to taste all this stuff. If they like it, they can buy it on site, which is awesome for us and awesome for them. It’s nice when they’re talking to you, you can actually be like: ‘Here’s a bottle. Take it home. Enjoy it.’ Those unto themselves have been really good. It makes people aware of what’s available, and then maybe they’re going to their ABC stores and re-upping their bar. It’s good to connect.

Were you approached to run as vice president?

Amy and I, we just kind of clicked together. My past life was in marketing and copywriting and branding, so I love to do that. I actually approached her and said, ‘I’d love to work as much as I can with you on this.’ She will admit she’s more of a marketer—not a branding person. So we’ve really come together and come up with ideas. I bring her my background, and she says, ‘Well, we need to do this, and this is the budget.’ When she said there’s somebody up, I was like, ‘Well, can I run?’ It’s been a good relationship.

What’s been your experience in the first two months?

The biggest thing I’ve learned is the legislative side is eye-opening on how it works. What you see from the outside is not the way it works behind the scenes. So that’s interesting.

There’s a great group, and we have this email chain of all the VDA board members. They’re all coming from their different backgrounds. They all came from something else. They didn’t start distilleries first and foremost. It’s really interesting to see the different perspectives coming together. Barry Haneberg from Virago, he’ll say, ‘I’m coming at this from a numbers perspective, and maybe we should think about it this way.’ I’ll come at it from a marketing perspective and say, ‘Maybe we should think about it this way.’ Scott Harris from Catoctin Creek—he has experience beyond anything—he’ll come in and say, ‘In my experience, it’s been this way.” It’s really interesting. Five heads are better than one head. We think everything through, and we’re trying to attack everything the smartest way we can.

You bring the branding perspective. What else do you think you bring to the table?

How often do you meet?

We have one legislative day each year when they all go to session. We meet all the senators and our delegates in Richmond and tell them what we’re hoping they’ll vote on. We have a nice evening where they can taste all our stuff and meet all the distillers. Otherwise, we have meetings every two or three months. It depends what’s happening, but normally, it’s at the ABC in Richmond. We’re very good partners, ABC and us. We embrace each other. We’re scratching each other’s backs.

What are some of your goals for the next two years?

Amy went to the VCU Brandcenter in Richmond and got in kind–some of the students actually rebranded Virginia Spirits as a whole and came up with a new logo and new type treatment and all that. I’m taking that and applying it to everything we do and trying to make it look like a holistic brand. Everything should be cohesive.

I’m trying to steer the events to be more educational. Things that we can do that are maybe more intimate—actually get more of a value to your ticket and more of a one-on-one experience with the distilleries … just make it more memorable and more valuable and a more rich experience.

And maybe just partnering with more restaurants and bars so they’ll showcase more Virginia spirits on their cocktail menus and stuff like that. Initiatives like that that make it a point of pride in Virginia. Make it so no matter where you go, Virginia spirits are going to be in your face, and you’re not going to be able to avoid it.

VDA President Gareth Moore has been a wonderful leader. He’s smart and has a lot of connections and has been a great leader. … Amy works tirelessly. She really does. She comes from the wine industry, so she’s been through all this before. Her learning curve on legislative stuff has been—whoosh—and she’s gotten it. … Things are really starting to happen, so we’re excited.

Kara King isn’t the only leader in the Virginia Distillers Association with ties to Hampton Roads. Amy Ciarametaro, the group’s executive director, was born and raised in Chesapeake and graduated from Old Dominion University. Although her job is to promote all of Virginia’s distilleries, she doesn’t hold back when asked for her favorites in southeastern Virginia.

“Also, Chesapeake Bay Distillery in Virginia Beach, with their Blue Ridge Vodka, which is kind of the cornerstone of vodkas in this market. Their Lemon Liqueur is absolutely phenomenal. It’s one of those things that, once it hits the lips, it’s hard to put down. It’s delicious.

“And then Copper Fox Distillery in Williamsburg, I’m a fan of everything they do, especially their single malts with the different fruited woods, especially the Peachwood Single Malt. … It’s one of those things that as soon as somebody tastes it, their eyes light up. It’s absolutely phenomenal.” — Jim Roberts