Sibel Galindez, the community liaison for Zeiders American Dream Theater, is bullish on the impact the new performing arts venue will have of the region by dubbing it the Lincoln Theater of Virginia Beach.

If her name rings a bell it’s because Galindez is an actress best known for her role as Lieutenant Elizabeth “Skates” Hawkes on the CBS television series, “Jag.” A Harvard University grad, she also had acting roles in “Beverly Hills 90210, “The Last Big Thing,” and worked as performing arts director at Portsmouth Abbey School in Rhode Island.

Zeiders has been operating as a small, blackbox theater in the resort city’s Town Center directly across from the Sandler Center for the Perform Arts. Zeiders filled a hole in the performing arts community providing standup comedy troupes like Plan B Comedy, drag shows and budding playwrights a theatrical, intimate space to showcase their latest creations. It’s also been the place to debut up-and-coming, small-scale musical theater and high-drama works from emergingartists of all creative endeavors — film, dance, musical theater, comedy, drama, jazz, folk, and all things off-beat.

Zeiders, whose Music and Artistic Director is Bart Kuebler, made a name for itself by cultivating the cutting-edge and avant garde. It’s the place for experimental performing arts, and now it will move into a newly completed building designed in every way to take their artistic vision to the next level with a state-of-the-art facility.

“We’re about nurturing the artist,” said Galindez. “We’re a creative hub, an incubator of artistic development.”

The Main Stage Theater has 309 fixed seats positioned like a Greek-style, stadium -meets-amphitheater. Theater-goers will look down on the stage.

The stage itself is 1,297 square feet with a draped curtain backdrop. A state-of-the-art digital video projection and sound system have been installed. In fact, the control room is a ProTools Production Suite and serves as a recording studio for both audio and visual. It’s an ideal setup to record live performances of any kind.

The Studio Theater is more like Zeiders’ previous blackbox theater studio space. With a maximum occupancy of 166, the room is a flexible space, where the stage and seating can be arranged in any fashion to meet the performance needs. A floor-level singer/songwriters in the round setting would be a perfect fit as would a more traditional, slightly raised stage for local comedians and musicians debuting new works and thematic presentations.

Zeiders has an attractive, second floor level outdoor deck for pre-show socializing as well as a contemporary, Scandinavia-style indoor lobby and gathering space with a full bar serving craft beer, wine and cocktails.

“Our big thing will be having local distilled liquors from places like Tarnished Truth,” said marketing director James Bryan.

Attendees will be allowed to bring their beverages into the theater for the show.

Zeiders American Dream Theater — a roughly $7 million facility — is the brainchild and passion of local businessman Michael Zeiders. Zeiders is his dream come true, and everyone from performing artists to patrons will be living the dream along with him.

“He wanted to make sure we had top-of-the-line, state-of-the-art everything so that we could do pretty much everything and anything,” said Bryan.

The new Zeiders will debut October 5 with the adventurous Proteus Festival, a three-day event showcasing unique presentations, performances and original works in music, theater and film. A festival badge gains patrons access to all performance over this weekend. 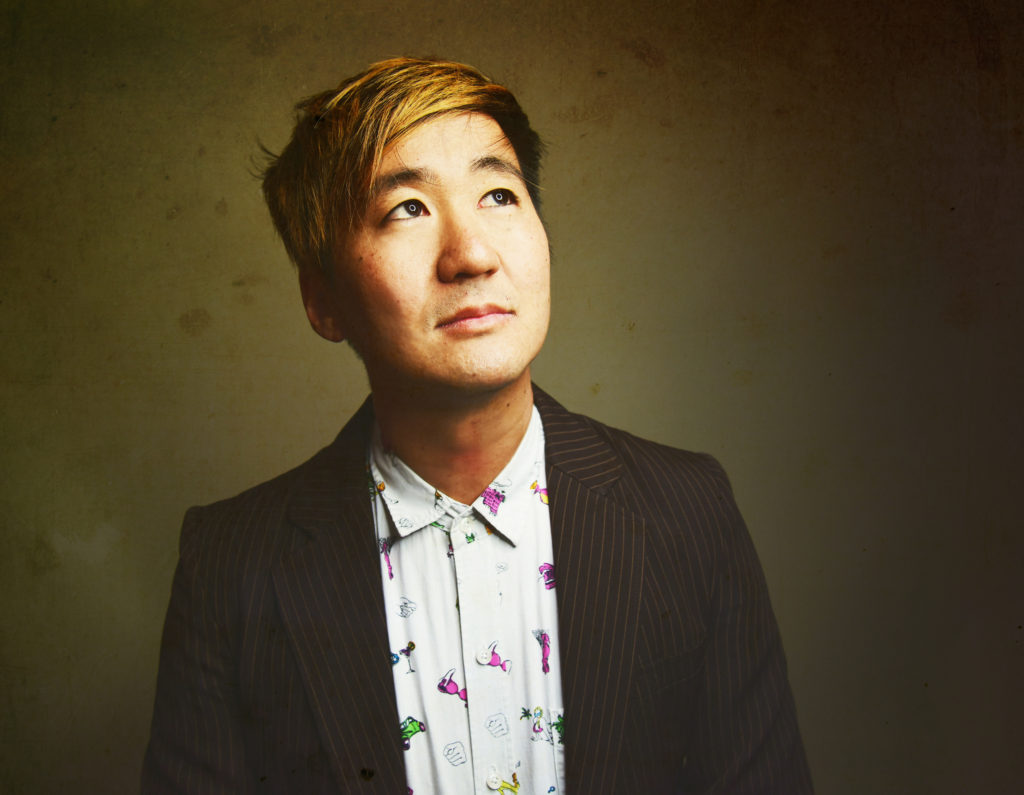 Heading the Proteus Festival on Friday, October 5 is the Chesapeake-based, nationally acclaimed indie/folk group The Hunts. Kishi Bashi, the experimental violin sensation who hails from Hampton Roads, will headline with a string quartet on Saturday, October 6 at 8 PM and then again on Sunday at 1 PM.

As stated on The Z’s website, “Violinist, singer and composer, Kishi Bashi, released his sophomore album titled Lighght, in May 2014. Taking its title from the one-word poem by minimalist poet Aram Saroyan, Lighght (pronounced “Light”) continues and expands the sound of his critically acclaimed debut, 151a, which earned Kishi Bashi the title of “Best New Artist” for 2012 by NPR.

“Though violin remains his primary instrument and songwriting muse, Kishi Bashi has expanded his palette to include more diverse and nuanced instrumentation on Lighght. Bright and soaring avant-pop songs are prevalent, as are Eastern-tinged arrangements, gentle ballads, Philip Glass inspired improvisations, and more than a few moments that flirt with ‘70s prog (in the tradition of ELO or Yes). If this sounds jarringly kaleidoscopic, that’s because it is.”

On Sunday, Bashi will preview clips from his upcoming song film, Omoiyar, a Japanese word that means to have sympathy and compassion towards another person; a universal concept in human interaction that is required for a sustainable society. It is the bedrock of the film.

“Kishi Bashi explores how empathy and the lack of it has played key roles in our modern quest for social equality,” states The Z’s website.

The Proteus Festival admission is priced as $25 for one day pass and $75 for all three days. The $150 Gold Three Day Badge gains you guaranteed pre-entry to all events and access to the Gold Badge Lounge.

Additional performances scheduled this fall season include German Gypsy swing music from  Lulo Reinhardt and Daniel Stelter. Lulo is the niece of famous gypsy jazz musician Django Reinhardt. This performance is Friday, October 12 at 8 PM. It’s a great example of what Zeiders brings to the community.

And speaking of Halloween, Lindsay Eure will direct “Thriller Night,” a fun-filled horror cabaret, October 25 through 27.

The Z will also host the Children’s Theatre of Hampton Roads with Jessica Brooke Pinsky’s “Like Cats & Dogs” on November 17 at 11 AM. The Pinsky written and directed “Ungle Wiggly’s Christmas Carol” will entertain kids of all ages December 15 at 11 AM and 2 PM.

Zeiders American Dream Theater is a game-changer for Hampton Roads with its unique, intimate space and the performers who’ll be attracted to encouraged in such a space.

“You will have an experience like no other in Hampton Roads because you are going to be so close to the performer,” said Galindez. “And that will energize the performer, who will give more to the audience.”