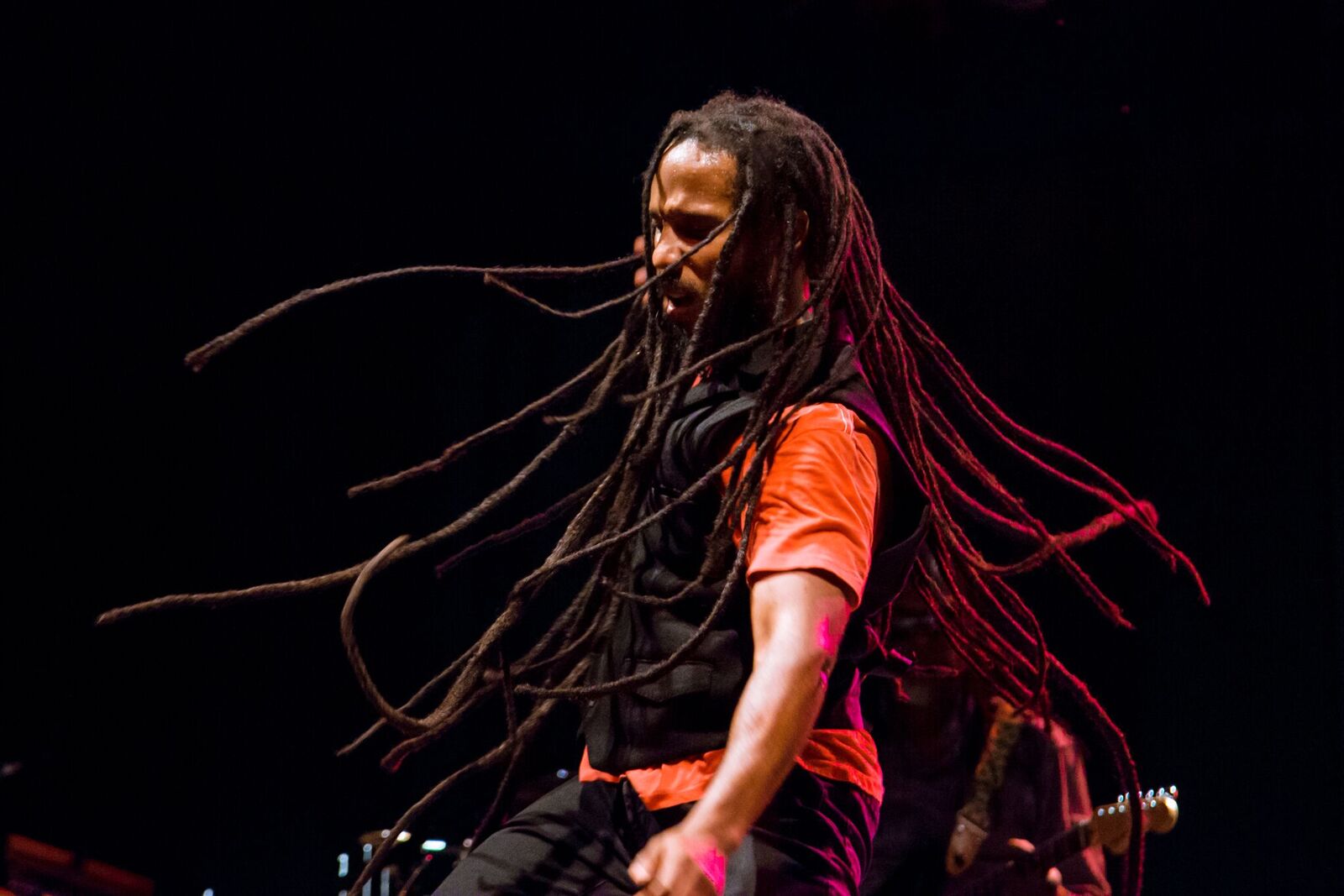 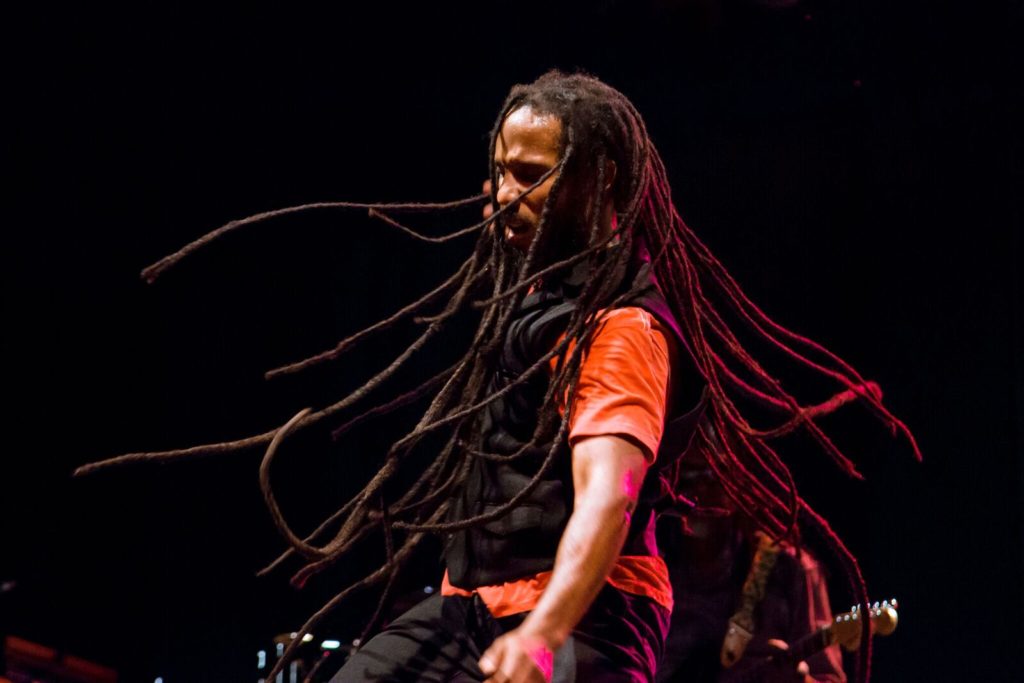 Ziggy Marley is four decades into a performing career, but he sounds loose and free, his idealistic edges as sharp as ever.

The crown of being reggae royalty, the son of the one, sits lightly.

He’s relaxed, laughing loudly and often, but also serious about his message on the phone from Californian, the sounds of a child occasionally drifting up from the background.

The back of his reggae baseball card reads like this:

He appears on Aug. 31 as part of the American Music Festival in Virginia Beach in a lineup that includes ZZ Top, SOJA, and the Goo Goo Dolls.

Following is my interview with Ziggy Marley.

Your newest album, “Revolution Rises,” takes a more political tone. Tell me about that.

Yeah, man, not just political, but humanitarian. We cannot keep living according to the ideologies of political division and racial division and religious division. The majority of human beings on planet Earth are loving human beings. So we want our voices and our priorities to be the agenda of the political powers and the religious powers. Our priority is peace and love. True peace is prosperity. It is in less of this divisive racist rhetoric that human beings will find true prosperity, economic prosperity, and spiritual prosperity. Our best prospects are when we love each other more.

You have a song that talks about that on the album, “I Am a Human.”

The reality is it is something that is so evident but is so unseen for many. For me, it is very weird. It is weird we have all of this divisiveness and hate going on when the bottom line is there is no color. The only thing that causes us to be divided against each other is leaders who push ideology against us so that they can use that division to stay in power. We are fooled by this rhetoric and ideologies to think it is beneficial for us to hate another person because of his race, because of his religion or because of his class or because of his gender. It is not beneficial to believe this.

I wish this music could be everywhere. The world needs inspiration. We will do our part to be that enlightening force that will make this a better place for all of us.

Do you see that happen at shows?

It is a beginning. I am a small part of the bigger movement and the bigger purpose. If we don’t play our part, then what are we doing here? What is our purpose here?  If it is not done, then nothing is done. If we don’t do it, then it isn’t done.

Are there touchstones from your past — songs, stories, lessons, parables — that you return to now?

It is an unconscious thing. It is not a thing in the forefront. It is invisibly working in the back of my experience. I know it is there. I am not aware of it consciously.

So being in the present and just letting go when you write?

The flow of inspiration is coming to me. It’s not just about making music. It’s about sending a message. The message is the most important. As long as I have a stream of consciousness that flows through me to be a part of the bigger picture to bring something to the world in words that inspire actions and consciousness then I will continue to do that.

My job is not to sit down and write music. No. It is the time when I’m inspired to speak or say something that we make music. That can stop tomorrow or I can continue for about 50 years. I don’t know. That is what I depend upon to make music. I cannot make music just like making up shit. That’s not my style (laughs).

That’s how it works for me. I’m not like a professional songwriter.

Are there songs you feel you should play every night?

I’ll tell you what. The new album for me personally. I want to share it every night. I like what it says.

There are other songs, including some of my father’s. “One Love” I feel like that is needed.

I am very enthusiastic to play every night because of the message in the music. I wish I could do more. I want people to get it.

I’m kind of a child very nostalgic about the ‘60s, ‘70s and the music of that era. It was so powerful to me and so important as a voice in society, but in today’s musical state I feel like there’s few voices in popular music culture that are speaking out to influence the changes we want to see in this world. Back in the day, there were Marvin Gaye, my father, other artists. There was more to the music.

We’re lacking musically those voices. We need more. Political music does not have the same avenues to express itself and affect mainstream culture. That space has been closed down to a tiny minimum.

Who are you listening to now?

The last stuff I was into was the Kendrick Lamar records.

Do you feel like having a family changed your outlook?

It probably did. Becoming a family man enlightened me. The more my mind opened, the more avenues of inspiration I can have to write songs.

You live one life before (family). That was in Jamaica. That’s one lifestyle there. Coming to America, meeting my wife who is Israeli/Persian. Her culture. Her family. Having children. Their influence on me. All of those things. How we live with each other as family.

Her influence on me enlightened me in terms of how I interact with people. Coming from Jamaica it is a small box. To sum it up, the more human beings I can experience, the more enlightened I become and the more open-minded I become.