COMMENTARY: The Continued Importance of Gay/Lesbian Bars and Clubs 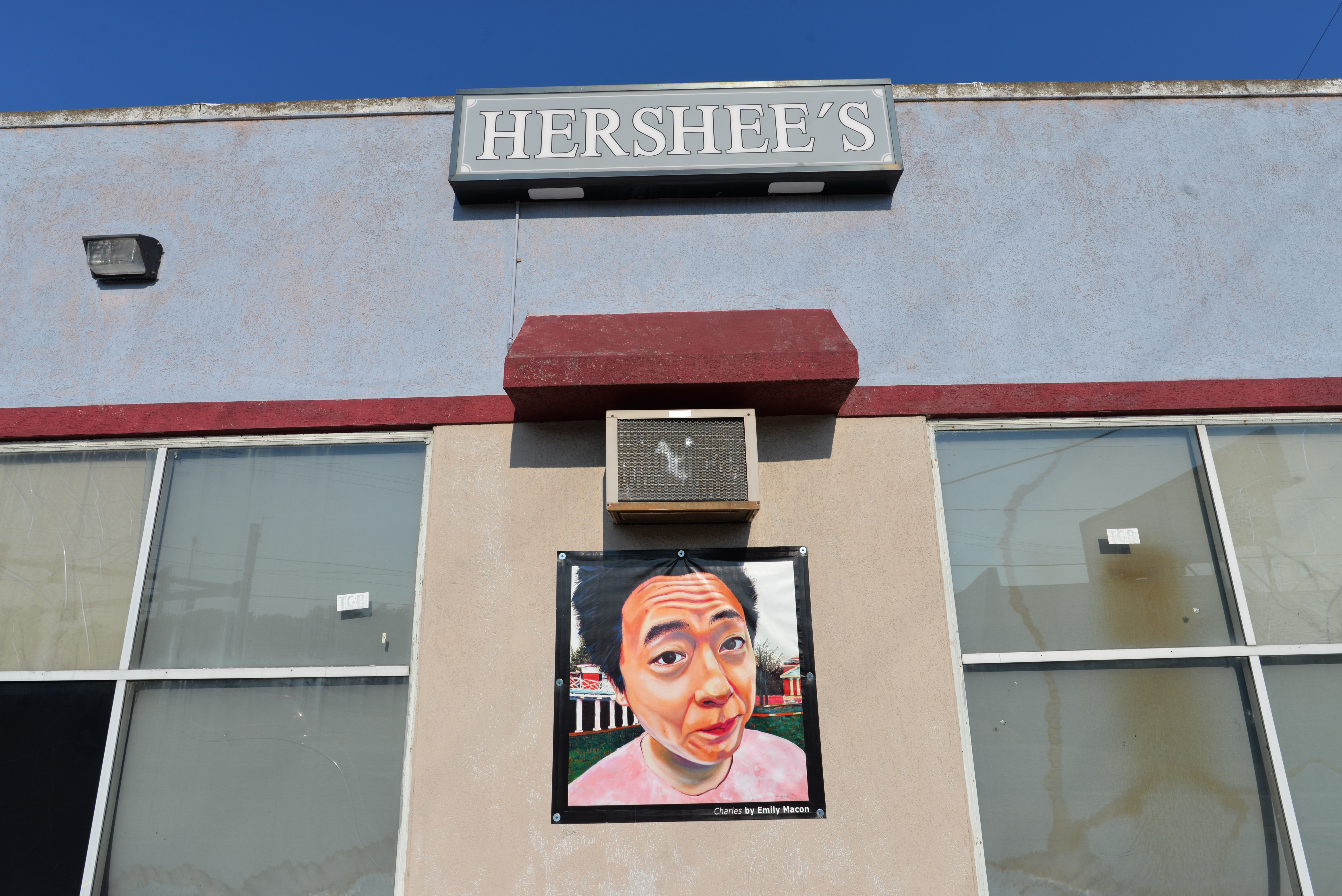 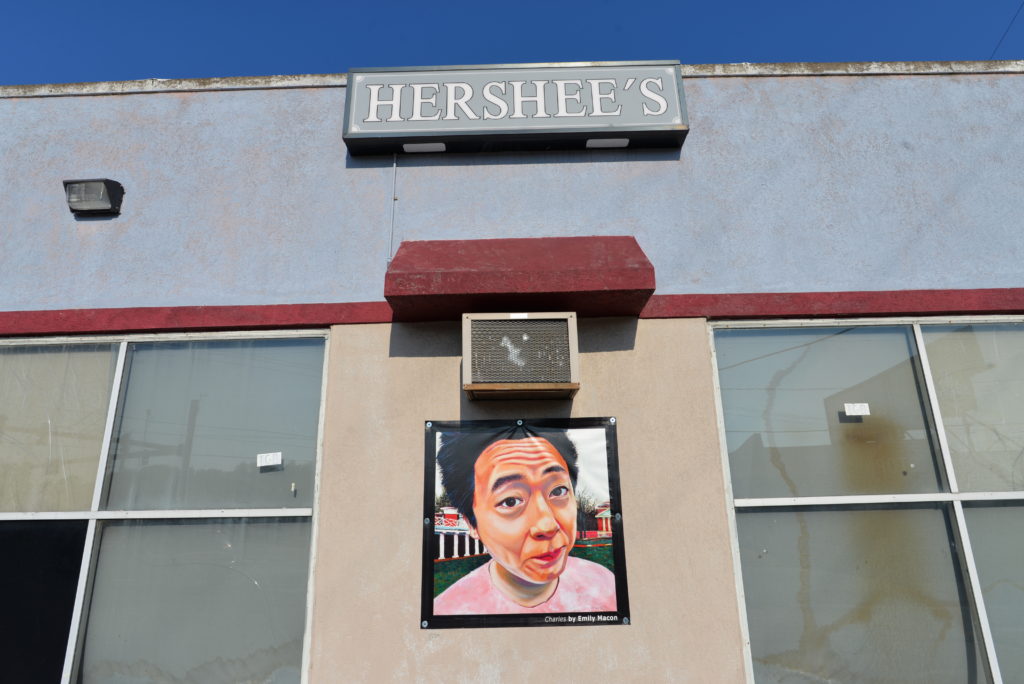 As various news outlets ranging from the Virginian Pilot, The Advocate (a national LGBT publication), WTKR-TV, and Outwire 757 to WAVY-TV have reported the City of Norfolk has perhaps unwittingly set off a firestorm of sorts within the LGBT community with its plan to redevelop the Five Points area of the city through land acquisitions and new development guidelines.  As part of the as-yet sketchy redevelopment plan, the City of Norfolk will purchase the building leased for over 30 years to the operators of the Hershee Bar, Norfolk’s only lesbian bar.  While the city has no immediate plans for what will be done with the site, the Hershee Bar location will be razed and the Hershee Bar will be forced to close effective October 31, 2018. Again, at this time, there is no solid plan on the part of the city as to the future use of the property.  One could reasonably argue that the demolition of the Hershee Bar site is premature if no plan is yet in place as to what is to replace it.

The demise of the Hershee Bar is a continuation of a trend that has been ongoing both in the Hampton Roads area and across much of America for some time now.  The demise of gay and lesbian bars and clubs is most rapid in more liberal urban areas, seemingly for two reasons: (i) the sharp increase in LGBT acceptance, and (ii) younger LGBT individuals increasingly feeling comfortable going to bars and clubs that might be described as “all welcome” or “gay friendly.” Even many older LGBT individuals – such as my husband and me – have found more acceptance at venues that once would have shunned openly LGBT patrons.  Indeed, even on the Peninsula area of Hampton Roads, yacht clubs and country clubs are accepting, if not openly recruiting same sex couples for membership.

In many ways, these signs of growing LGBT acceptance are to be welcomed, especially in light of the increasingly anti-LGBT agenda being implemented by the Trump/Pence regime and extremists in the Republican Party base that these actions are aimed at rewarding.  But, these welcomed developments in much of the country and in Hampton Roads do not eliminate the continued need for gay, lesbian and LGBT bars and clubs.

Sadly, there continues to be many members of the LGBT community who need the “safe place” that such bars and clubs provide.  Some are the newly “out” who desperately need a venue to meet other members of the LGBT community.  Others are those who due to their jobs and/or family circumstances find themselves unable to be fully “out.” Sadly, Virginia, along with 28 other states provides no employment non-discrimination protections to LGBT citizens. Combine this with Virginia’s “employment at will” legal framework and one can literally get married on the weekend and be fired on Monday for being LGBT.

Meanwhile, stories continue to report about instances where LGBT youth have been disowned by parents and family.  Data shows that roughly 40% of homeless youths are LGBT individuals who have fled their anti-LGBT family homes or been thrown out.  While the recent story of Seth Owens of Jacksonville, Florida, who was disowned by his Baptist parents has had a happy ending of sorts with Georgetown University giving him a scholarship and a Go Fund Me page providing assistance, many individuals are not so lucky. These individuals need a safe refuge.

From a personal perspective, the area’s gay/lesbian bars were a life saver when I “came out” and moved to Norfolk from Virginia Beach almost 16 years ago.  I had finally admitted to myself that I was gay and shared this information with my family, but I did not know a soul in the local LGBT community.  At that time, there were roughly eight (8) LGBT bars: The Wave, The Garage, In-Between, Klub Ambush, Nutty Buddies, The Rainbow Cactus, the Hershee Bar, and The Corner Pocket, the latter being the only LGBT bar/club on the Peninsula.  The number of such bars/clubs today is half what it was in 2002 and there is no gay bar on the Peninsula. These establishments provided me with a means to get to know others in the LGBT community and to slowly work towards self-acceptance.  Being “in the closet” at work in the beginning of my coming out journey, they also provided a much needed “safe space” where I could simply be myself.   The article in The Advocate cited above that reported on the Hershee Bar’s forced closing summed up the feeling that I, and I suspect so many others, have felt towards these islands of safety:

“It has provided, a safe haven to the hopeless and a family to the excommunicated. . . . . I had come out to my family and peers, and did not get the warm reception I had hoped for. As it is for so many others, coming out was rough for me. Behind the doors of HB’s that night, I had found a beacon of light during a very dark time in my life.  I discovered quickly that the Hershee Bar was a place where women, young, old, and of all races and professions, could gather and be different together because “our troubles were all the same.”

The piece also looks at Annette Stone (who I am proud to call a friend), one of the owners of the Hershee Bar, and how she looked out for the newly “out”:

“. . . she is not your typical bar owner, but she is a mother to the motherless, a friend to the friendless, and an amazing mentor. She has fed hungry families right there in those first few booths inside HB’s doors, and hired those who may have had difficulty getting gainful employment elsewhere. I have witnessed her and co-owner Bill Tyndall host countless cancer fundraisers and funeral fundraisers, and support cause after cause at HB’s . . .”

I experienced a similar welcome and support from other bar owners, especially the owners of The Wave.  There, the owners knew the names of the regulars and often took great interest in how they were doing and were supportive during rough points in our lives.  Indeed, they became part of an extended family of sorts.  For those disowned by parents and other family members or those working under homophobic employers, these bars/clubs were literally life savers.  They are still needed to fulfill this role.

The LGBT Life Center in Norfolk, which provides so much support for those dealing with HIV/AIDs and their families as well as those raised in homophobic home settings, described this aspect of LGBT bars that I suspect is lost on many outside of the LGBT community: “While from the outside LGBTQ bars may look like just another space for night life, this couldn’t be further from the truth. For decades bars were the only safe haven LGBTQ people had, and even today, bars are often the only accessible safe space for the LGBTQ community.”  For a sizable portion of the local LGBT community, this remains true.

What is the solution?  One might be for the City of Norfolk to allow the Hershee Bar to continue to operate beyond October 31, 2018, until a firm redevelopment plan is in place.  During this interim, the city would continue to receive rental income while an institution of the local LGBT community continues to provide a much needed refuge for some and venue for relaxation for others.  Beyond that, one can only hope that the city will consider assisting the Hershee Bar in relocating to a new venue.  For those willing to assist, a Go Fund Me page has been set up:  https://www.gofundme.com/save-hershee.  Please consider making a donation and take the time to place a call to members of City Council and ask that they rethink their current plan.