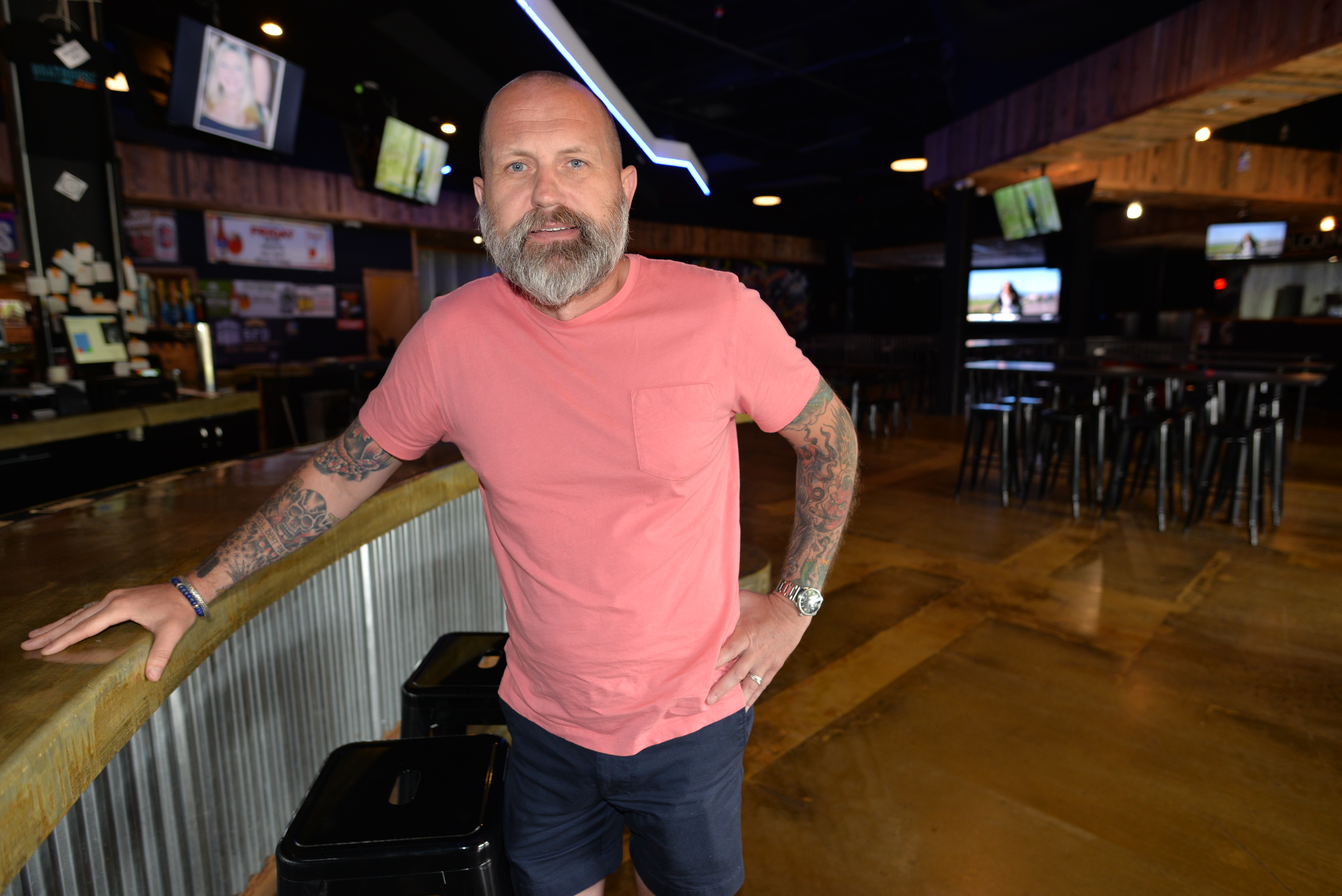 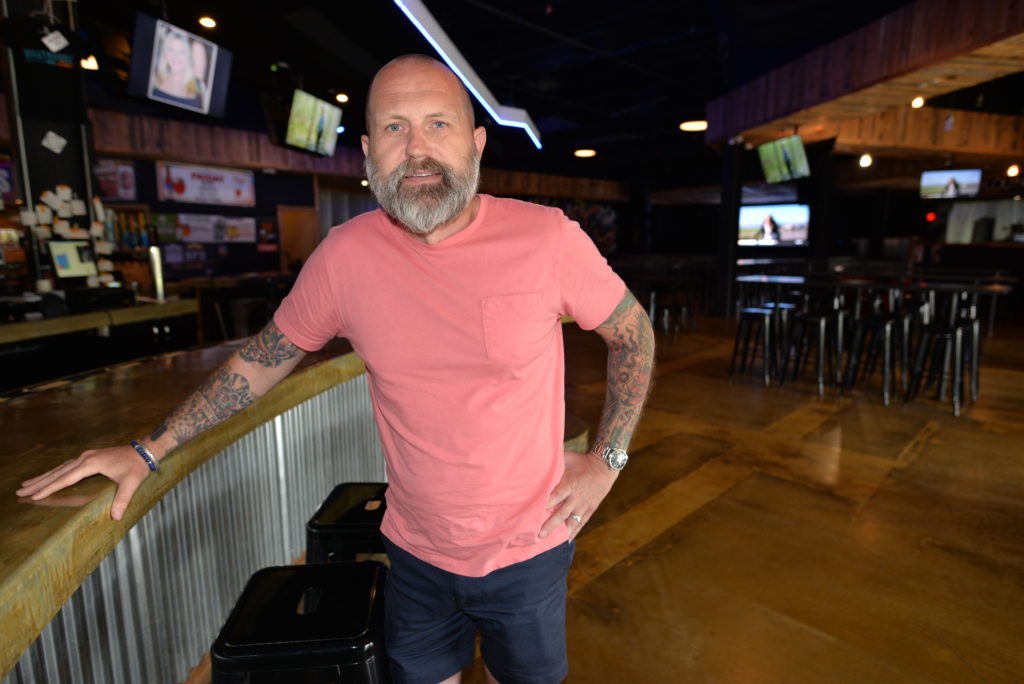 When the Boathouse Live opened December 1 of last year it was a much celebrated occasion. At long last, the residents of the Peninsula would have a live music venue of quality.

Unlike many concert spaces, it is open nightly with a full kitchen and bar.

I recently caught up with restauranteur Sean Pepe to learn more about how he operates this unique, much need venue in Newport News. Here’s an excerpt of our conversation.

Many locals remember the original Boathouse concert venue in Norfolk. How did the Boathouse Live idea get developed for Newport News?

Joe Ritchie, who is the managing parter for City Center at Oyster Point (and was mayor of Newport News from 1976-86), and someone who works with him talked me into looking at the space. I walked in and said, “You’re nuts. I’m not doing it.”

We had a few back-and-forth meetings and then Joe Ritchie asked me to come see him. Things got serious, and I said, “You know what? We need a music venue on the Peninsula, and maybe I’m dumb enough to make this work.”

The domain name boathouse.com was taken but boathouselive wasn’t, so in paying our respects to the old Boathouse we called it Boathouse Live. And here we are.

Did you go to the Boathouse back in the day?

I did. I had some really good memories back then. One of our friends who was older than us had his driver’s license. It was our rite of passage to drive through the tunnel and go to the Boathouse.

What were some of your favorite shows at the Boathouse?

Violent Femmes, Smithereens, They Might Be Giants, 311, Stray Cats, The Melvins, Blues Traveler, The Fixx, Gibb Droll, The Alarm, a lot of punk rock. I would go as a 14-year-old kid and wouldn’t even know the band playing.

Jason Bruner is your primary booking agent. Did you give him any direction in terms of the music genres you wanted to program for live concerts?

No. We played a list game where myself and general manager wrote down the bands we listen to now and in the past.

Obviously it’s great when bands I enjoy play here, but it’s really about the Peninsula. We’ve got Grandmaster Flash coming. We had jam bands — Leftover Salmon. We have the full gamut, so it’s not about what I like. We want to have something for everybody here.

There were a lot of reasons why Toby Keith’s didn’t work in this location. One of them was it was country specific; which some of our best shows have been country, but it’s not all country.

Unlike the old Boathouse, your Boathouse Live is open nightly with a full service bar and kitchen. In terms of alcohol sales, what brands move best on the night of concerts?

It’s genre specific. If it’s a jam band we sell a lot of local, micro brews. If it’s David Allan Coe, I don’t think I’ve ever sold that much Bud and Bud Light in my life. It is really music specific, funny enough.

So know that helps in your beer ordering, right?

It does. We take that into consideration. That’s a good point.

You have a number of restaurants within your company group including Kismet, The Point and El Diablo. What is your food concept for Boathouse Live?

That was the hard part. There are two things about this place that makes it difficult.

At first we were open for lunch and dinner because we didn’t know what to expect. Now we open at 4 PM and just do dinner.

The difficulty is in overcoming people’s perception that we’re like The NorVa or The National (RVA) or that we’re only open on show nights. That’s not true.

We have to be a full functioning restaurant. Some nights we’re busy and some we’re not. When we do have shows and extremely busy we have a create a menu that will setup your kitchen staff for success. We’ve changed the menu, made some adjustments, and finally got it figured out.

My background is finance and restaurants. This was a complete new animal for me — a big learning curve.

If beer sales are music genre specific is food also? Do you sell more humus to jam band fans and more BBQ to country music lovers?

No, not at all. I have not seen a noticeable trend so far.

Boathouse Live features a nice, raised stage and house sound system. What experience do you want concertgoers to have?

We upgraded the sound and spent quite a bit of money on a new line array system. We’ve ordered new monitors and a new soundboard. We’ve made a commitment to live music.

Do you have a green room for bands?

That’s the nice thing. Even if you’re a local cover band playing here you can hang out in the green room behind the stage and enjoy a few beverages with direct access to the stage or their bus.

What local bands have drawn good crowds so far?

Buckshot and The Deloreans are always a good night here. Dharma Initiative played here and had a good turnout. Roebuck.

There are a lot of talented local bands here. I prefer original music, but I have a great time listening to a good cover band.

You have a giant TV monitor at the rear of the stage and numerous screen throughout the venue.

When we don’t have live music we show sporting events with the sound system. We have the football package for college games on Saturday and the NFL — all the games. We’ve got 42 TVs.

You can rent the facility for private events and we have a VIP room.