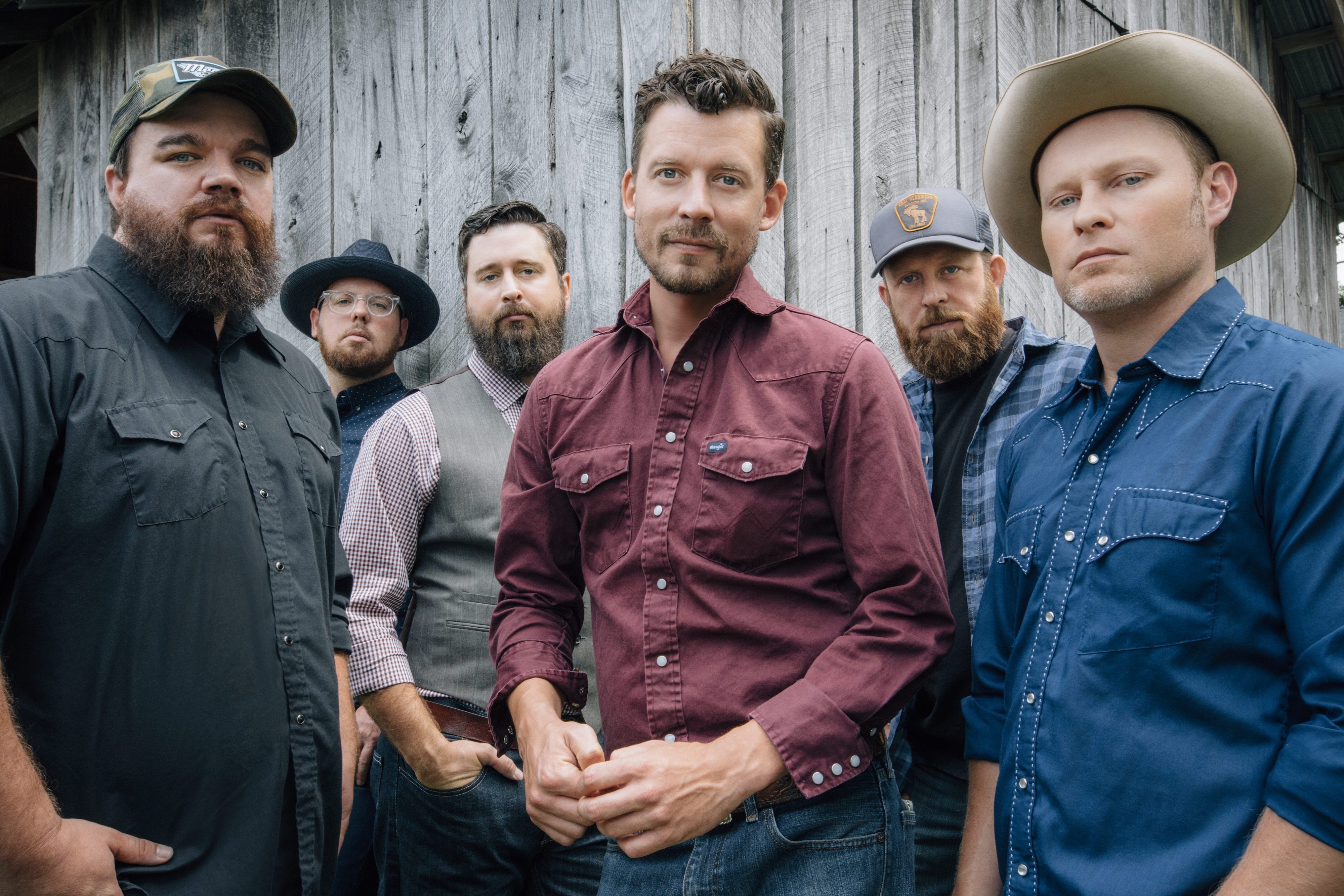 What is it about the red dirt of Oklahoma that rises up and infuses one generation after another with the storytelling songwriting gene?

Go way back, of course, and you land on Woody Guthrie, son of Okemah, the folkie torrent of words who howls across the landscape. Among those caught up in the wake of those winds blowing through Stillwater and Tulsa are Leon Russell, the late Jimmy LaFave, JJ Cale, Kevin Welch, Jason Boland, and The Turnpike Troubadours.

Oklahoma is the pulsing lifeblood of The Troubadours music. They find their characters and stories in the red dirt and then transform the local into the universal, stories of heartbreak, transformation and looking for one more chance at redemption. William Faulkner has Yoknapatawpha County. Evan Felker, the guitarist, singer, and main songwriter of The Turnpike Troubadours, has Oklahoma.

Felker writes his tales with an occasional helping hand from bassist R.C. Edwards and buddies like Jonny Burke, a Texas Hill country native, Jamie Lin Wilson, another Texan, and John Fullbright, a Grammy finalist for his solo debut and occasional band member from Okemah.

“You get good influences when you grow up in Oklahoma,” Edwards says during a call earlier this month, “especially when you get to count Jason Boland as someone who goes from hero to mentor to friend. All the people who came before us set the bar high. I guess in Oklahoma we like to entertain ourselves, everybody sitting around picking on something. ”

“The state motto is labor conquers all,” he adds. “We work hard. We play hard. We do stuff yourself. We write songs for yourself. It all falls into the same mentality.”

Edwards and Felker formed The Troubadours about a decade ago after knowing each other playing in different bands. The group’s steady rise found its last two albums, notably 2017’s “A Long Way From Your Heart,” each topping out at number 3 on the country charts. They bring their stories and Americana chops to The NorVa on July 1.

“It seems like it’s bigger and better every time out there,” Edwards says, noting they’ve branched out from their Midwestern base. “It’s rare that we’ve done the same venue on the coasts.”

It’s a long way, in time and distance, from their days playing beer joints for four or five hours, hoping to sneak in a few originals among the honky tonks, for crowds of cousins and friends numbering in the low — very low — two digits.

For the group’s latest disc, they turned to a producer for the first time, enlisting Ryan Hewitt, who has worked with The Avett Brothers, The Lumineers and Flogging Molly, a band favorite.

“I think it really made a big difference,” Edwards says. “We’ve never really worked a lot with a producer. It was like an extra set of ears, an extra perspective we didn’t have before. He really pushed us a lot. He didn’t settle for anything. Every arrangement, every note, every word was the best we could make it. He made sure that happened.”

Felker revisited the characters he’d created on earlier albums as well as some familiar places. On the opening track, “The Housefire,” apparently a wife who calls the volunteer firefighters after grabbing the baby to get out while the house is burning (it’s not clear if it’s metaphorical as well). She’d appeared in earlier songs, “Good Lord Lorrie” and “The Mercury.”

Normal Street, where Edwards once lived, appears as well as does the Stair Mountains and Highway 10, among other Oklahoma landmarks. Felker is as adept as Bruce Springsteen in mining his roots for places and characters that ring true with stories that resonate across state boundaries. “It’s writing what you know,” Edwards says. “Most of what we know is Oklahoma. That might be the setting, but the stories are relatable in Virginia or wherever you’re at. Country folks are everywhere. I think the themes resonate with people in a lot of places.”

He says they had a conversation about recurring characters and decided there was no reason not to use them in song. “In literature, you get a J.D. Salinger or Stephen King or William Faulkner who create universes with characters they keep revisiting,” he says. “We thought it’s a shame that you might have someone appear in a song and never write about it again. Ev(an) kind of pulled it off. We’ve been doing it since. ”

He says Lorrie’s story resonates with fans who ask about her. “There’s a lot of curiosity about her,” he adds. “We like to keep it that way. You’ll have to listen to the next record. Maybe you’ll learn some more.”

For Edwards, the two signature songs on the disc are “The Housefire” and “A Tornado Warning.” “Housefire,” he says, is the kind of storytelling they’re getting better at while the time changes and sound that matches the words make “Tornado” a fave.

Edwards says he grew up like others in the area listening to the country records of his parents, artists like Hank Williams Jr. and Alabama. Then in his teen years, he got into a punk and rock and roll stage before coming back to his roots and looking at songwriters like Townes Van Zandt and John Prine.

For Edwards, the group’s rise featured a bucket list moment — an appearance on Austin City Limits, sharing the bill with Chris Stapleton.

“Growing up in Oklahoma we got two television stations,” he says. “One of them was PBS. The best music was on Austin City Limits. It’s a dream come true to get to play that show.”