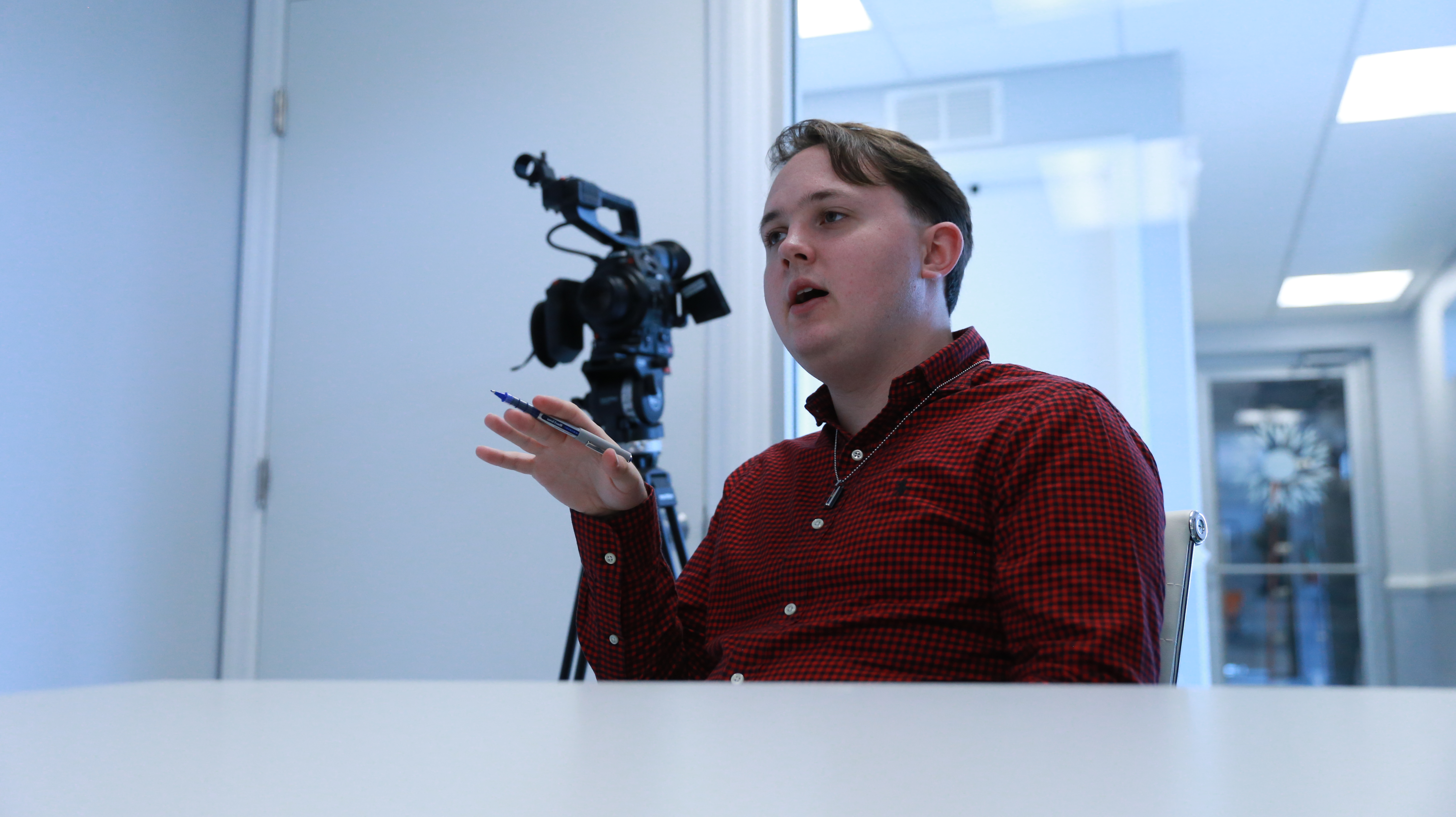 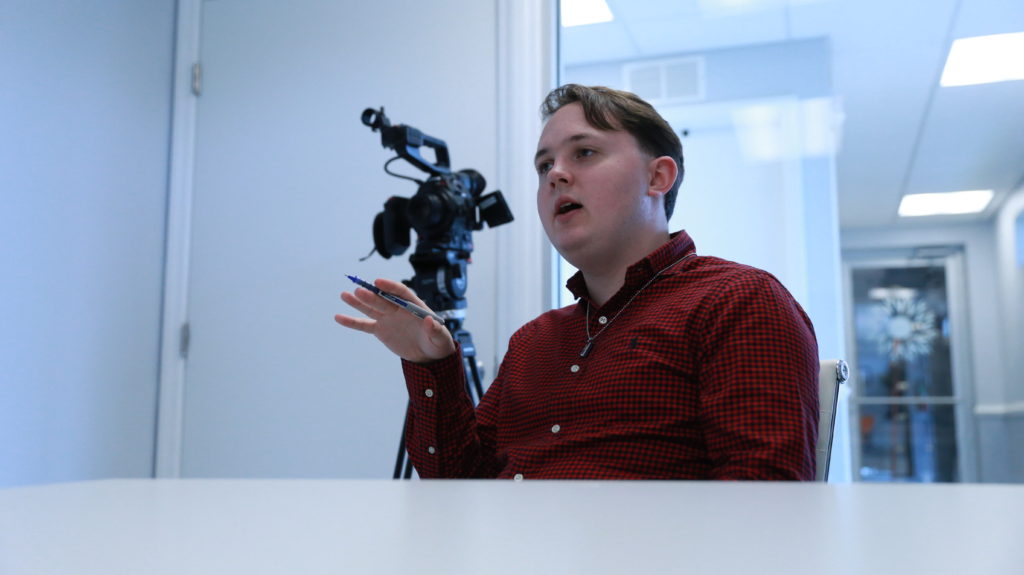 (Connor Norton is a driving force behind Orange Avenue Project)

Much has happened since my first interview with theater artist Connor Norton, just about a year ago, about his Orange Ave Project, a theatrical work that is being produced later this month at the Zeiders American Dream Theater in Virginia Beach. Since that first interview last year, Connor, who is on staff at Norfolk’s Virginia Stage Company, has spent a month in Orlando, Florida, along with a small group of other artists, writers and researchers, interviewing nearly 80 members of the Orlando community who were impacted by the tragic Pulse nightclub shooting which occurred on June 12, 2016.

The Orange Ave Project is written by Connor, along with New York artists Haley Sullivan and Colin Asercion. This staged reading of the work, which will run about an hour or so, is being co-directed by Connor and AJ Palacio, who is also featured in the cast. And although what is being presented at Zeiders is essentially a workshop production, it will feature costumes, and theatrical lighting. The production will occur on the theater’s stage, but the actors may use scripts. After months of transcribing hundreds of hours of interviews and related material, and then additional months spent writing the theatrical work, the upcoming performances at Zeiders will be the first opportunity for the public to experience this work in development.

“This is our first opportunity to have the work heard aloud,” says Connor, who is sitting across from me at a Starbucks in downtown Norfolk. There is some Billie Holiday playing loudly in the café as we chat, while an eclectic mix of people are seen walking briskly outside during this early Friday evening. Connor really wants people to attend who will embrace providing feedback to the creative team, following each performance. He also wants members of the LGBTQ community to be well represented in the audience, including people of color and LGBTQ youth.

Since first journeying to Orlando back in June of last year, to coincide with the anniversary of 2016’s Pulse nightclub shooting, which left 49 people dead, and many others injured, Connor and his fellow team members realized that the stories that they heard, and their experiences absorbing them, were quite different than originally expected.

“We went with kind of an idea of what we were going to be telling, and then as the stories begin to unfold, that naturally evolved,” Connor says. “That kind of led us in the direction of it being more about the Orlando community, and Orlando itself, versus the actual tragedy.”

Between June and October of last year, the Orange Ave team spent about a month in Orlando interviewing a wide array of people, including survivors of the shooting, family members of the victims, members of local clergy, hospital staff who attended to victims, local politicians, community activists, and many others. For this early version of the work though, many names are being withheld per the agreement made with interviewees, that their names will not be used till they have approved how their voices are being presented within the work. As the work is still very much in development, those decisions have not yet been made.

Connor does provide me with the names of a few notables who were interviewed however, including Carlos Guillermo Smith, a community activist and current member of the Florida House of Representatives, and Brandon Wolf, a Pulse shooting survivor, who is now vice president of the Dru Project, a LGBTQ focused non-profit that has shown support for this Orange Ave Project. Brandon’s experience being interviewed regularly by major cable news organizations in the wake of the Pulse tragedy was shared during his interview.

“They were very quick to put him in front of whatever backdrop they thought was appropriate—not considering his own mental state, or his own situation, and not considering what trauma he was going through, before asking him all these questions and putting him through the gauntlet,” says Connor.

It was important to the creative team that only the voices of those who were interviewed for the project, most of whom had suffered through the tragedy in some way, are heard in this show. Many of their stories were not told by the national and international media of the time. Portraying some of these voices are actors Dan McGary, Kai Canu, Krystal Gonzales, and Carlos Blackwell, as well as the aforementioned AJ Palacio.

Following the performances at Zeiders, Connor and his fellow writers will continue to develop the work, fundraise, and eventually start actively preparing for a final, full production of the Orange Ave Project in Orlando, targeted for October 2019, which coincides with their Orlando Pride celebrations. For Connor, this work is all about having these voices culled from the Pulse tragedy— finally, truly heard