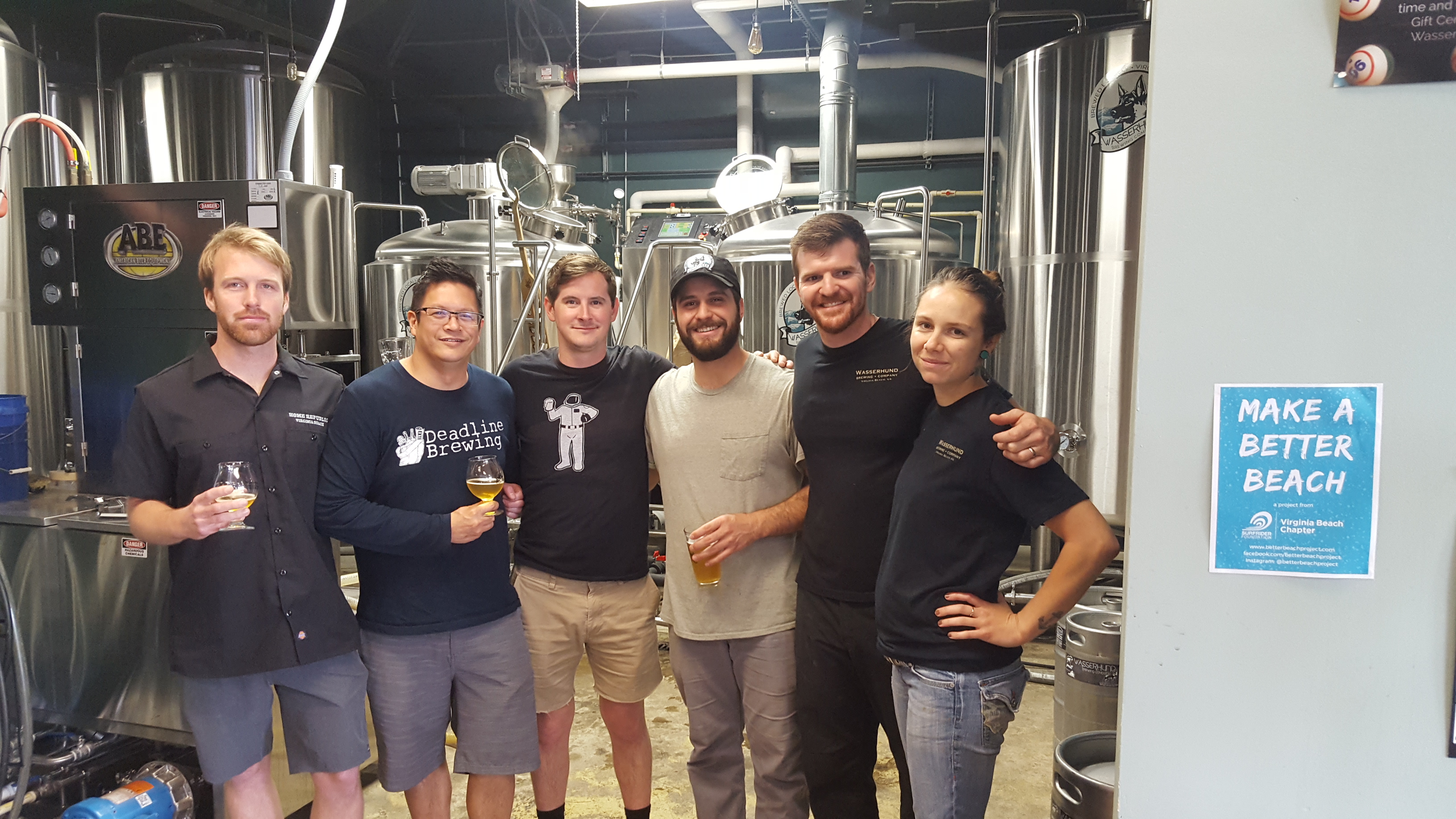 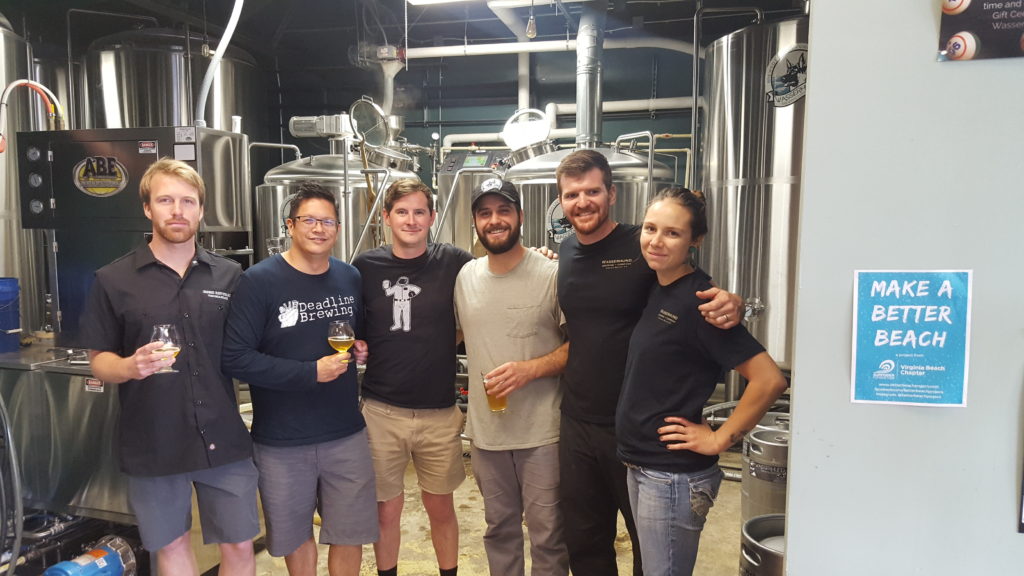 During the three school sessions each team of local brewers will discuss the collaboration and beer style while taking questions from the attendees.

The Brew School is an educational component of Virginia Beer Festival. Speakers discuss topics related to the craft beer industry as guest sit in chairs and have beer served to them.

The Team Norfolk beer is called N2daB Mojito Inspired Ale. It’s described this way: Inspired by the superior summer cocktail, this Belgian-style ale employs multiple yeast strains to create a complex array of flavors and aromas. Distinctive fresh juiced citrus, “Mojito” lime character, lively lemon and background hints of tropical fruit jump from the glass due to the exclusive use of a little known hop variety from New Zealand, Motueka. Lactose provides a sweeter body to mimic the classic Mojito cocktail, with a late stage infusion of fresh mint and lime zest taking it over the top. Sure to be a warm weather pleasure — 6.8% ABV and 41 IBU.

Team Virginia Beach is comprised of brewers from Home Republic Brewpub, Gordon Biersch, Back Bay Brewing Company, Wasserhund Brewing Company and Deadline Brewing Project. Their beer is dubbed Erd Beer. The name “Erd Beer” is a play on the German word for strawberry, Erdbeere. The brew is a New England-style dessert IPA, meaning that instead of the bitter hoppiness we might associate with a West Coast IPA, Huell Melon hops are used to give the beer a fruity, berry character, and Hallertau Blanc hops provide a white wine complexity. Lactose will be used to add sweetness and body, and a strawberry puree and locally grown whole strawberries will be added near the end to create a red haze, like that of a strawberry smoothie.

The third team is under the name Peninsula, though half of the team members hail from the Southside. It’s more like a non-Norfolk/VA Beach alliance with participation from The Vanguard, Alewerks Brewing Company, MoMac Brewing Company and Big Ugly Brewing.

Team Peninsula call their beer Other Guys IPA, described as being light in color with a hazy complexion, using citra whole cone hops. This is the first time Vanguard is using whole cone hops which are less efficient but less processed than alternatives like pellet hops. Expect a piney, floral and resinous character imparted by the hops, which are added at various stages of the brewing process to enhance the beer’s complexity. Shawn Childers, of Big Ugly Brewing, said this is their take on a “Hampton Roads” style IPA, which differs from the popular West Coast style and New England style, in that it embodies the many tastes and elements of an internationally transient community.

The Virginia Beer Festival is co-produced by Virginia Arts Festival and Norfolk Festevents. It is the largest and longest running beer festival in the region. Over 160 beers will be tapped for patrons to enjoy.

Note: This year’s Virginia Beer Festival is one-day-only — Saturday, May 19 from 2-6 PM.