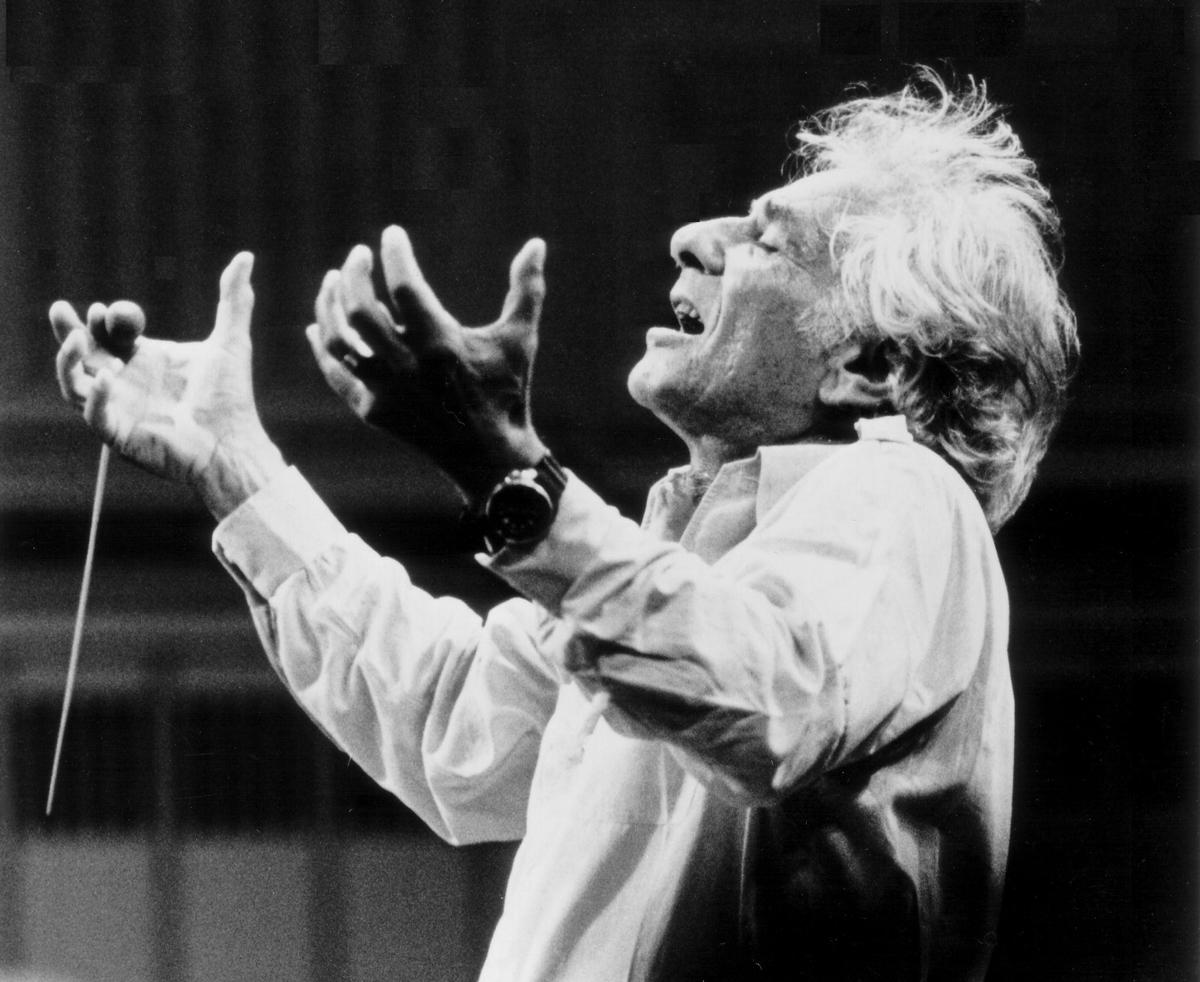 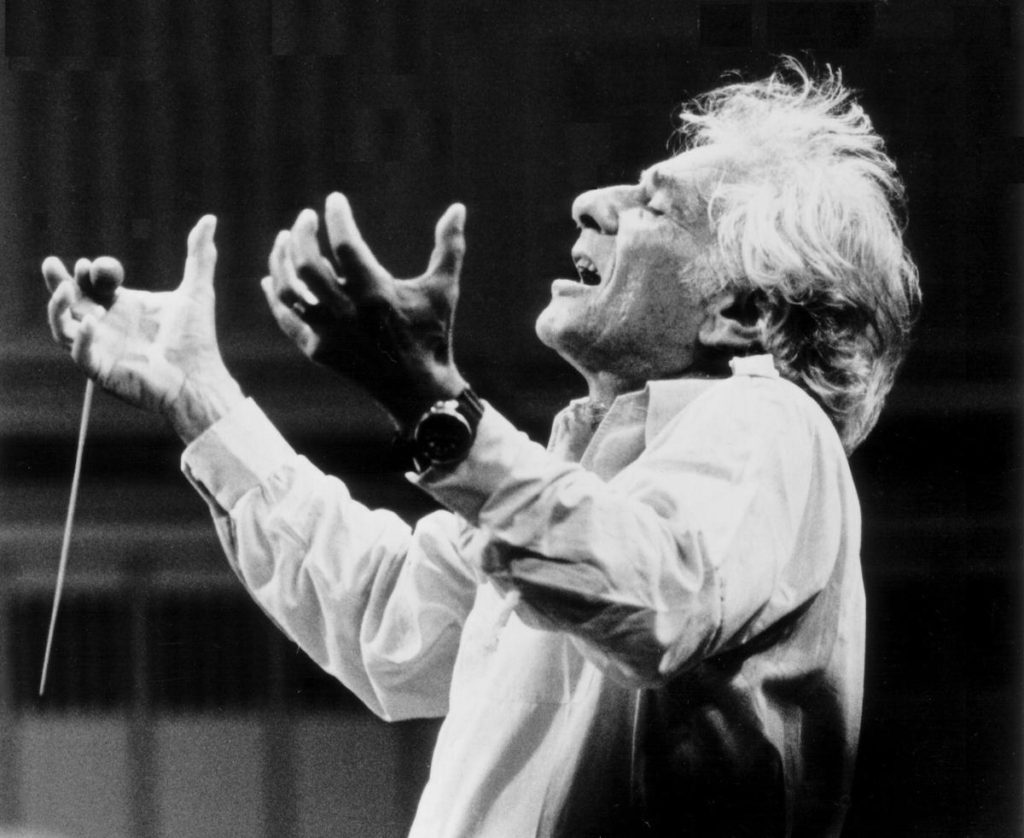 The Virginia Arts Festival’s Bernstein at 100 commemorates the centennial of the birth, and honors one part of the artistry, of Leonard Bernstein, whom Virginia Symphony Music Director JoAnn Falletta calls “probably the greatest American musician in the history of our country.” (She studied with him in her graduate school days.)

The Symphony, under her baton, with the Todd Rosenlieb Dancers, the Virginia Chorale, vocal and instrumental soloists and Bernstein’s daughter Jamie Bernstein as narrator, will perform a series of Leonard Bernstein’s compositions.

He might well be considered the Shakespeare of American music; an artist who brought to popular arts the quality and content of high art, and infused the loftiest accomplishments of his art form with the elements of popularity.

Jamie Bernstein, in her own right a broadcast host, writer, lecturer and peripatetic concert host and narrator, has become the keeper of his flame, a flame that burned with nova intensity for some half century, illuminating American music as it shone all over the world.

The Bernstein at 100 program includes five of Leonard Bernstein’s compositions. The Candide Overture leads off, followed by Chichester Psalms with the Virginia Chorale and a soloist from Virginia Children’s Chorus, Prelude, Fugue, and Riffs featuring Jon Manasse on clarinet and Todd Rosenlieb’s original choreography, Serenade with Grammy nominated violinist Robert McDuffie, and finally the especially popular Symphonic Dances from West Side Story.

Falletta termed the Candide Overture “One of the most sparkling, brilliant and joyful creations of all time!” calling it “a festive way to open our Bernstein tribute.” Bernstein biographer Allen Shawn wrote that the full Candide musical, from 1956, was “probably Bernstein’s happiest score” and that “Stephen Sondheim has always considered [the Candide score] Bernstein’s best.”

Chichester Psalms, which sets Hebrew texts taken from the Book of Psalms, “shows a lot about Bernstein,” including his idea “of the spiritual world [and] his connection to religion, which was very strong.’ said Falletta, and his “strong connection to spirituality.” She also finds it a prime example of his ability to write for the voice.

Jamie Bernstein, noting musical connections between this devout work and Bernstein’s Broadway show West Side Story, cited Chichester Psalms as an example of how her father “loved to combine different elements and different styles [to] make a fabric all his own.”

Jamie Bernstein called it “One of my favorites. I just love it!” She continued, “It’s controversial for certain jazz purists because it’s not improvised. I say ‘Who cares? It’s just a great piece of music!’ I love it. It’s got that rollicking rock and roll last movement, it just turns into a big band extravaganza.”

Ms. Bernstein named Serenade as her “favorite of all his symphonic work…It’s got melodies that sink into your bones and stay there.” Her younger sister Nina joined in the telephone interview to say “It’s so lyrical and it reminds us of him. It’s emotionally so like our dad; such tenderness and ebullience and deep sorrow and all the full spectrum of emotions that we could experience in our dad.”

The composer took a dialog of Plato about the nature or definition of love as his basis for Serenade. Falletta says he “was able to create a vignette of every young man’s description of love…in a concerto for violin filled with humor… the whole thing ends with a dinner party, a kind of wild dinner party!”

The program wraps up with a variation and summation of what might be the most familiar of all Bernstein’s compositions, his Symphonic Dances from West Side Story. The work showcases the composers “faultless sense of rhythm and ability to change moods, and his faultless melodic ability,” said Ms. Bernstein.

Falletta considers West Side Story to be “The greatest musical of all time [which has] remained fresh over decades.” The Dances are “totally fun, totally him,” Bernstein at “his most American,” showing his “ability to assimilate jazz and pop in such a natural way.”

Falletta said that she and Arts Festival Executive Director Robert Cross chose these “very very strong examples…from very different backgrounds to try to express a kaleidoscope, to understand the brilliance of this man.”

With music that ranges from instrumental works based on Plato and the Psalms of David toa jazz score that really does sound improvised to a “rollicking…big band extravaganza” to earthy dances by street toughs, “A whole evening of Bernstein …is going to be very exciting,” she promised.