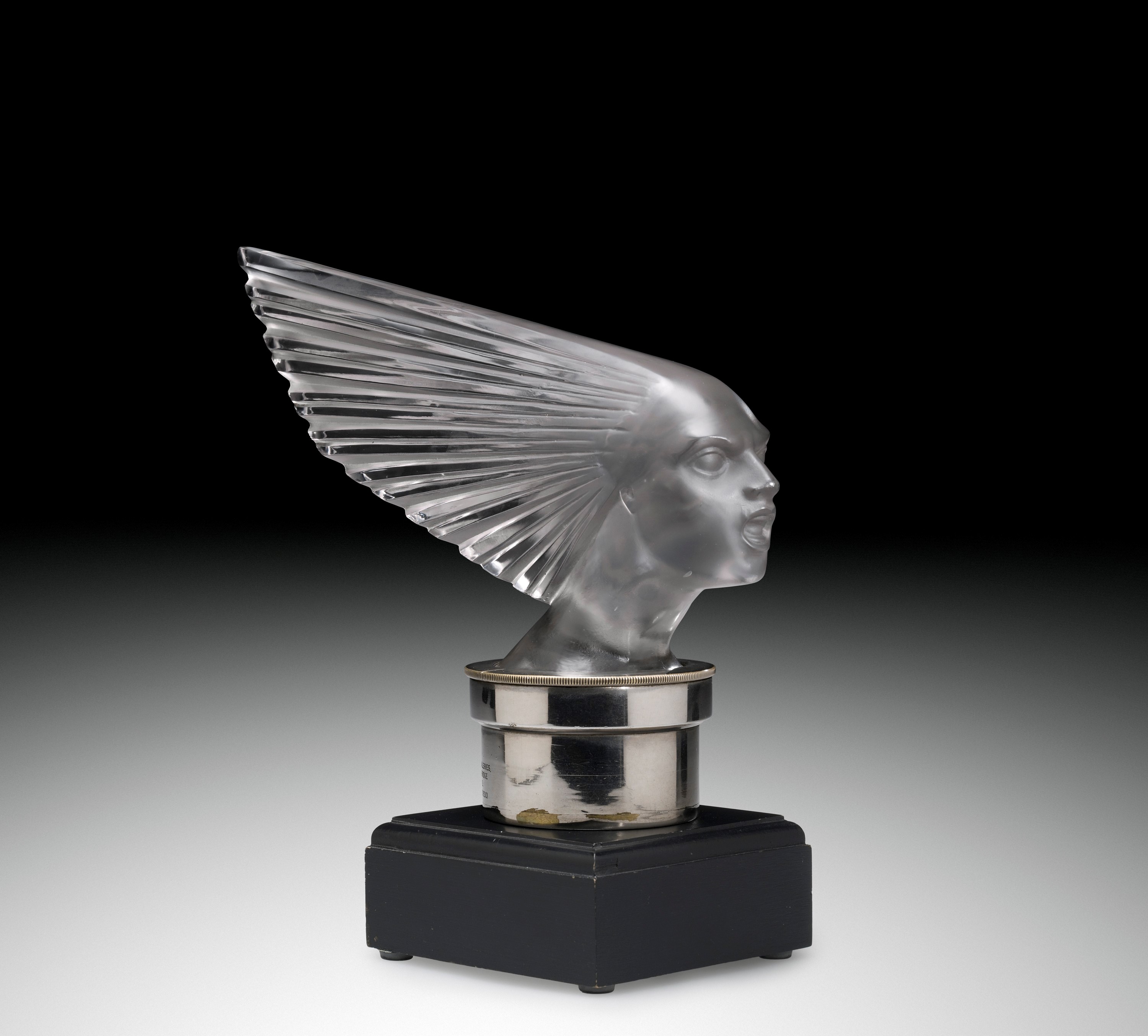 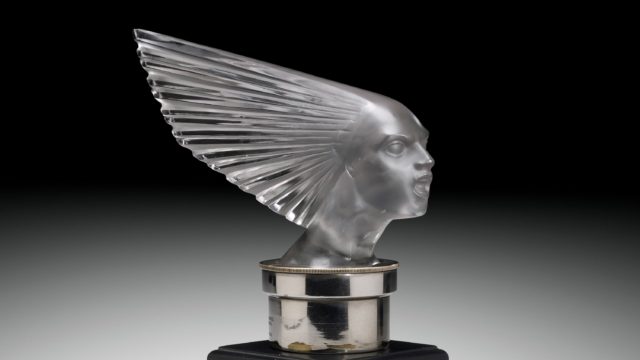 Enchanted by Glass is, to be sure, a story about legendary designer, craftsman, and businessman, René Lalique (1860-1945), and his seemingly enchanted career that burgeoned during a time of artistic, scientific, and technological flourishing in France.  But it is also a story about thoughtful exhibition design, carefully crafted to not only present objects in their most optimal light, but to capture the Zeitgeist of an age.

Organized by the Corning Museum of Glass, the incarnation of the exhibition that visitors to the Chrysler Museum experience reflects the vision of Diane Wright, its Carolyn and Richard Barry Curator of Glass; David Noyes, a freelance exhibition designer formerly of the VA Museum of Fine Arts; and a team of professionals who collaborated in order to showcase the exquisite objects to their best advantage against a backdrop of France’s visual culture during the Belle Époque (“beautiful era”).

Laid out thematically in a succession of some seven galleries arranged in a U-shape around a central space, the unobtrusive design moves visitors through, first, a timeline featuring stunning wall graphics of Lalique’s design drawings followed by jewelry; perfume bottles, packaging, and dressing table accessories; smoking accessories; desk accessories and lighting; statuettes; tableware; vases; clocks; and architectural glass for luxury travel, ending with a gallery devoted to lost-wax casting, all in the Art Nouveau and Art Deco styles with influence from the Cubists and Fauves, among others.

Chrysler augmentations to the exhibition include framed period advertisements, murals, projected photo stills, and select Lalique objects from the museum’s permanent collection.  The larger scale additions counter the miniature scale of the objects, which are also attractively paired and grouped to give them visual heft.

The pervasive look and feel of the show seems tres French: elegant but restrained.   Contributing to that effect are walls painted in an almost indescribable tone of mauve-ish taupe with one exception.  A brilliant azure blue paint was chosen for the walls of the central space creating a mesmerizing jewel box effect.  There a visual feast of Art Deco vases and vessels has been laid out.  On each mold blown or mold pressed vessel are natural motifs abstracted, enlarged, repeated, and rendered in unexpected and captivating colors, with each one more enchanting than the next.

One of the standouts in the entire show, “Druids” resides here and happens to belong to the Chrysler’s collection.  The mold blown, acid-etched vase with its applied patina bears an overall design of raised milky white bubble-like berries and crisscrossing stems delicately outlined in an exquisite shade of teal.  But there are too many more special pieces to single out, from the oft photographed amber-colored “Bouchon mures” or perfume bottle with berry stopper of 1920 to “Victoire,” the quintessentially Deco radiator stopper of 1928.

And threaded through all of these objects is the biography of René Lalique, some aspect of which is liable to capture most anyone’s imagination.  Besides his innovative designs, his life story encompasses new glass recipes and innovative processes, with many patents to show for it.  This darling of the Beaux Arts movement was also a gifted manufacturer, marketer, and entrepreneur who brought luxury to the middle classes and was favored by the French government.  From jewelry designer to the uncontested master of French glass—be it decorative, functional, or positively utilitarian, as during WW I—Lalique’s name is synonymous with the French perfume industry and with the era of world expositions where, if you will pardon the pun, he cast glass in a new and bold light as a flexible building material.

For more details on the life of Lalique, be sure to read Wright’s article, “Rene Lalique: Enchanted by Glass,” in the Fall 2017 edition of The Member’s Magazine, available at no charge from the Chrysler Museum’s reception desk.