Distiller Andrew Shand reflects on his time in Virginia 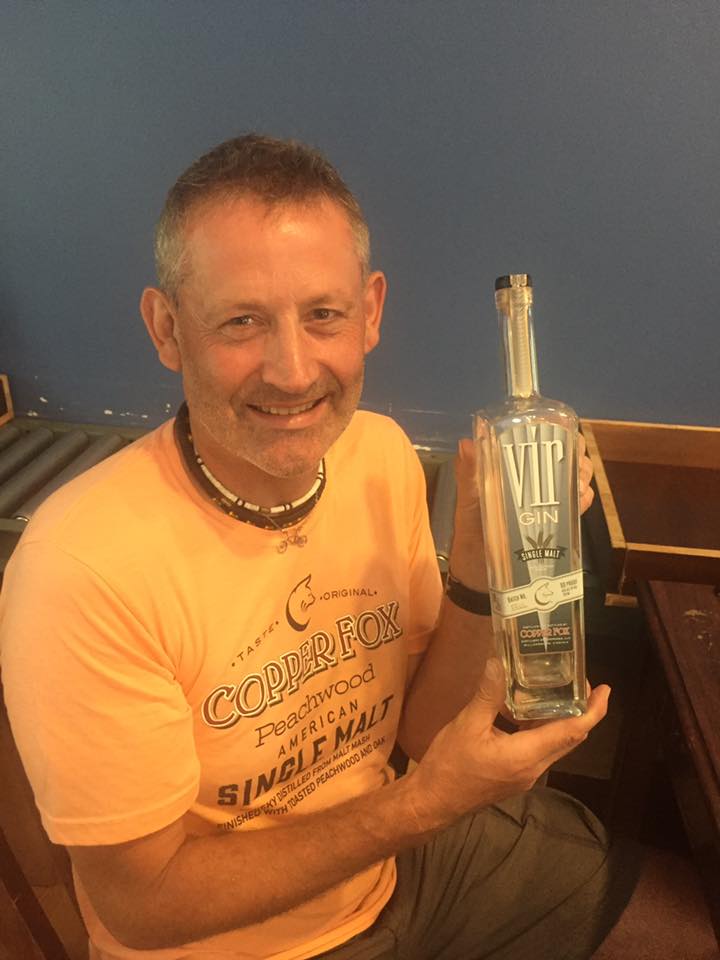 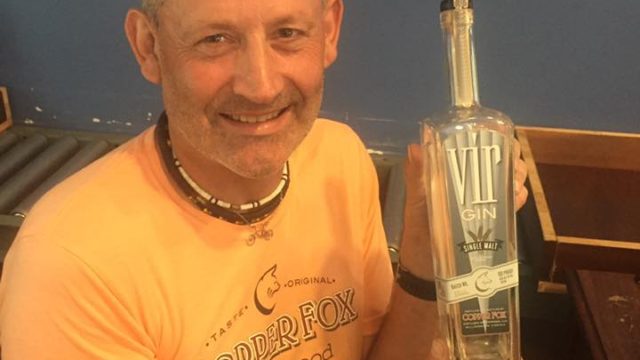 The last time Veer Magazine spoke with Andrew Shand, it was April 2015, when he was helping Virginia Distillery Co. start producing its own single malt whiskey in Lovingston, about 35 miles south of Charlottesville. Later that year, Virginia Distillery underwent an ownership change, and Shand left. He subsequently traveled around the world—including an extended layover in his native Scotland—but he returned to Virginia in 2016 to help Rick Wasmund, the owner of Copper Fox Distillery, expand his malting and distilling operations to Williamsburg. Shand’s work there is done, and now he’s left again—this time to help build a brand-new distillery at an undisclosed location in Asia. “I can’t tell you what it is,” he told us, “because they want to make a big announcement when I get there.” We caught up with Shand the day before he left the U.S. Here are some highlights from the conversation.

How did Rick take it when you told him you were leaving?

We’d been speaking about it for a little while. Things have slowed down as far as what I can do and what I can build. … It’s far better me go and him taking on two or three salespeople.

What’s your professional opinion of his products?

I think the last batch of rye we did is probably as nice a rye as anyone’s producing in America. … The [single malt] woods are an acquired taste. I think as the wood chips have been in the casks a couple of times—a lot of them are on their third run now—actually it works really, really well because you’re still getting the influence of the wood, but you’ve pulled out a lot of the oil and the tannins and the things that you don’t really want, so I think that it’s definitely improving.

I made my first batch of gin a few weeks ago. It was quite interesting to do it; it was good fun. It’s not as juniper-y as some gins. Most gin’s like someone ramming a Christmas tree down your throat. A lot of the more modern style of gin is coming away from that. It’s gin most people can drink. … We also did a bourbon mash, which is basically moonshine. I made moonshine like I would have if I was in Scotland, and we sold out of it. Everyone was like, “Oh, wow.” You could drink it. It wasn’t like your normal moonshine that makes you go blind and you use to clean windows and things like that. It was really light and smooth. … I was winding them all up, saying it takes a Scotsman to come and teach you to make moonshine.

Do you think you’ll go back to Virginia Distillery at some point in the future and taste that first batch of malt?

I never really like going back to places after I’ve gone. But I watched a bit of “Meet The Distiller” on YouTube, and I thought, “That place is really cool. You did a really good job there.” The two guys that helped me—Jim Taggart and Jeff Fletcher—I sent them the link and said, “We built some place there.” I’ve done a few distilleries, but I think Virginia Distillery—because there was a lot of money behind it—you were allowed to be a bit more ambitious and creative. It was a tight budget, but it was a good budget. It was a budget you could get a bit creative with.

What will you miss about Virginia?

It’s quite funny. I’ve never really taken to Williamsburg, but I loved staying up in Charlottesville. I loved going up in the Blue Ridge Mountains and the Parkway on my bike and cycling. Up in that area, it was a fantastic area to cycle: quiet roads, beautiful scenery. Also, before I came here, I was never really much of a beer drinker, but since I’ve been here, I think the styles of beer suit me better than the ones back home. I’ve visited so many breweries, it’s frightening. I’ve got a beer app; I think I’ve got about 450 beers on it that I’ve tried.

So what are your favorite Virginia breweries?

Well, just because it’s right on my doorstep, Virginia Beer’s probably my favorite. It’s a great place to go and hang out. Brilliant people that are making it. It’s almost like they make beer for me because everything they give me to try—even stuff like dark or heavier beers that I’m not really into—I’ll taste it, and I’ll think, “I could actually drink this.” That’s been my favorite. … The other one is Barry Wood’s place: Wood Ridge Farm Brewery. It’s the best experience that you’ll come across anywhere in Virginia. It’s in Woods Mill—just a few miles north of Lovingston. … One of the most amazing people I’ve met.

What about Virginia distilleries? Do you have any favorites besides Copper Fox?

There’s a wee guy up in Charlottesville: Ivar Aass. He’s got Spirit Lab Distillery. It’s tiny—really, really tiny. I just love the fact that he’s got no funding whatsoever. It’s just a passion, and he’s making it work for him. I’ve been up a few times and helped him out with bits and pieces. I think that’s my favorite. It’s like doing it in your garden shed kind of thing. He produces a really nice spirit.

I read that your father worked in the whisky industry in Scotland.

That’s right. He started at Inver House and then went to work for Glenlivet Distillers. He died in 1984. He was production director of Glenlivet at the time.

What would he have thought of you going to Asia to make whiskey?

That’s a really, really good question. Glenlivet sold out to Seagram’s in the early ’80s. They didn’t want to be owned by a Japanese company; they actively pursued Seagram’s to buy them so that Suntory couldn’t get them. Different times, I suppose. … For someone who never meant to follow in his footsteps, I think he’d be quite pleased with it. I left school at 16 with no qualifications, and I’ve had a great life. I’ve done very well out of it.

You shared an article on Facebook about the “elitist snobbery” in whiskey, and you said you’ve “been banging on about” it for 20 years. Can you elaborate on that?

I’ve enjoyed Virginia. I’ve enjoyed touring about the states. When I finished at Virginia Distillery, I took some time, and I drove right across the country, visiting different distilleries and breweries, all sorts of different things. I think it’s fantastic, the different innovations that are coming out of different people. I’m still pretty confident that the American single malt made in the Scottish style is going to be very, very big. You’ve got guys like Westland, Balcones, Copperworks in Seattle—they’re all producing really, really nice spirits.

There’s a committee got together—and it must be pretty close to being done now—to have American single malt classed as its own category with TTB [Tax and Trade Bureau]. That’s slowly going through the TTB system. That’ll be a huge boost for them because that guarantees them shelf space as a single entity. I’m really looking forward to having been a very small cog in that wheel—launching American single malt in America.