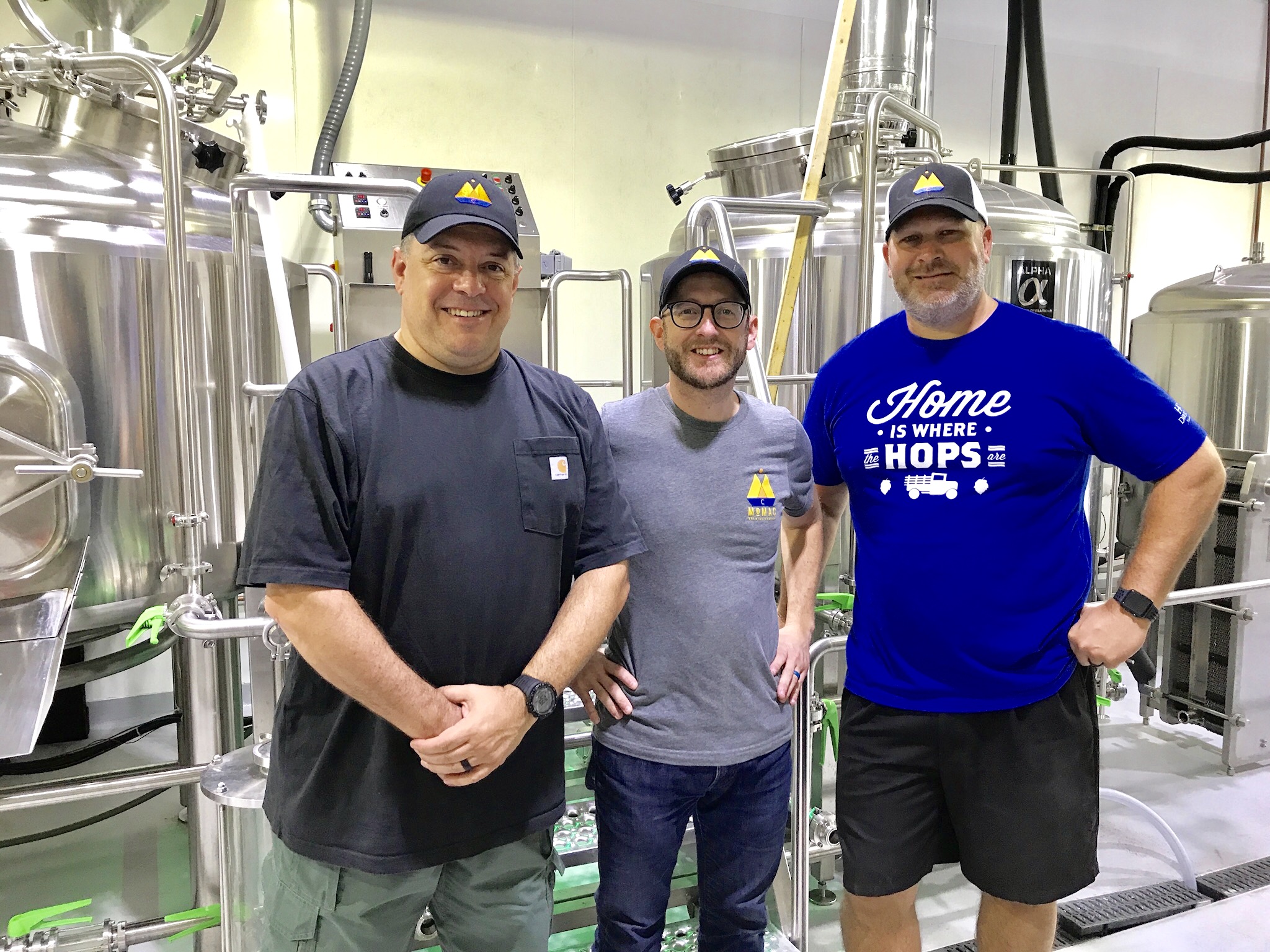 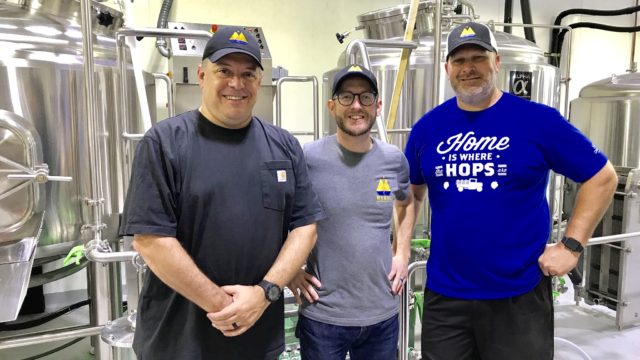 Scott Krick and his friend Rob Hess used to always talk about beer.  When their work in Portsmouth Naval Medical Center, Maryview Hospital, and the health care industry brought them together the conversation usually managed to wind up beer-related. They’d talk about beer in general, beer styles, homebrewing, and one day opening a brewery.  They talked about beer so much that a doctor who had heard their malty musings made an important diagnosis.

No pils gonna cure their ills, they had a bad case of loving brew.

The prescription for their shared beer obsession: they needed to stop flappin gums and actually open a brewery.  With some business partners from their medical connections, Krick and Hess leapt from folie a deux to business plan. Krick and Hess knew there was a niche to fill in the Churchland area of Portsmouth and that they needed to build their brewery there. Plus people from across the border in Western Branch can walk over for a fresh brew.

And that, friends and 757 beer aficionados, is how Portsmouth, Virginia’s new brewery, MoMac Brewing Company, came to be. They had their grand opening on Friday, July 7. Located in the Academy Crossing shopping center in Churchland section, MoMac Brewing is the latest entry in the Tidewater’s burgeoning brewery scene, and is bringing local craft beer to the Portsmouth-Northern Suffolk-Northern Chesapeake neighborhoods. Cruise from Carrolton, drive from Driver, hop over from Harbor View and swing over from Smithfield.  MoMac is a 13-minute drive from Ghent with no traffic, and only 5 minutes from the I-664 – Rt 164 interchange.

MoMac is short for “Monitor-Merrimac” and is a nod to both the battle of the ironclad ships USS Monitor and the CSS Virginia (formerly the USS Merrimac) in 1862 here in Hampton Roads during the “late unpleasantness,” and to our area’s newest bridge-tunnel on I-664 just a few miles away.

So, what is MoMac Brewing bringing to area malt mavens?  Space.  Queue up the Star Trek music.  No, it isn’t the final frontier, but with 5500 square feet of indoor floor space there’s plenty of room for 223 of us to land and boldly go where we haven’t been before. Here the prime directive is to explore beer. MoMac is starting off with six to eight, and eventually will have sixteen brewed-on-the-premises beers.  The polished modern industrial look (dark woods, galvanized metal and “diamond-plate” stainless steel) gives the place a cool vibe, and the polished 10-barrel stainless steel Alpha brewing system gleams on the starboard.  There is a long bar with ample seating, and an indoor cornhole area. MoMac plans to host cornhole competitions so if you are a cornhole junkie you will be in heaven.  MoMac has a separate 600 square foot room available for your club or organization to meet.  Want to bring your pooch with you as you enjoy a pint?  There is an outdoor seating area where well behaved pooches (and humans) can hang out al fresco. Of course as this is a brewery, they don’t serve food, however there will be food trucks as well as the ability to order from Rita’s Pizza, located a few doors down in the shopping center.

What else is MoMac Brewing bringing to area ale admirers?  Beer of course, and they have a talented brewer in Chris Richards, who is well-known in the Hampton Roads beer community. He was assistant brewer at St. George from 2009 until 2012, then left Hampton Roads to serve as Head Brewer for start-up Aphrodite’s Rock, the first craft brewery in Cyprus. Along the way Richards picked up a diploma in British Brewing Technology at Brewlab in the UK, and expertise in brewing and maintaining cask conditioned ales. He returned to Virginia for two years at Starr Hill, brewing and managing cask ale production. Most recently, he worked in sales and safety compliance for St. George. Chris Richards’ diversified background and ironclad credentials made him the perfect choice for MoMac!

Initially, Richards will have several traditional styles of beer on tap including a porter, stout and a saison, but he’s also going to offer some variations on this theme in the near future, such as a peanut butter porter and a stout made with cold-brewed coffee from Rogue Elephant coffee roasters.  For the opening weekend, the beer selections included a tasty American IPA,  “Citra Back and Relax”, and a delicious American Blonde, “JIB Blonde Ale.”  While you may think JIB is a homage to sailing, this JIB isn’t that.  JIB refers instead to a local, much appreciated landmark, “Jesus In the Bowl,” a much-revered statue in front of a Portsmouth church.  Additionally, there will soon be two JIBS, one with, and one without, pineapple.  I suppose you could call the pineapple-infused JIB Blonde “Jesus In the Bowl with Dole” (a bad bromeliaceous pun if there ever was one).  Want a mouthful of “wow”?  MoMac’s Black IPA is a roasty, assertive Mosaic-hopped dream of a beer.  Can’t decide? Get a sampler flight.

So, yo, “Seize the Mo’” and check out MoMac Brewing, Portsmouth’s new local brewery.