Néktar For The Gods (And Those Who Aspire To Such Heights) 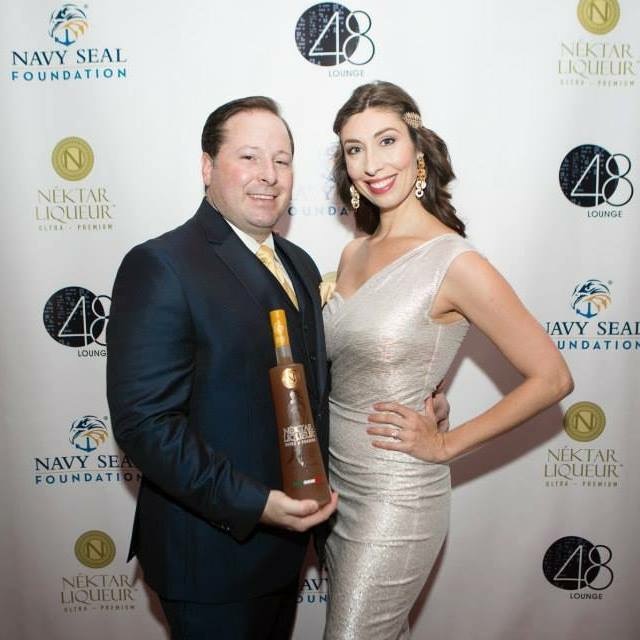 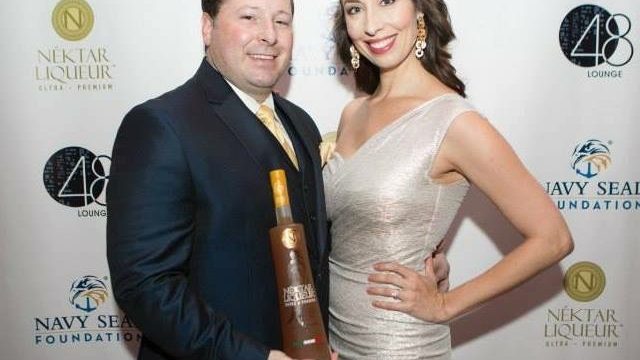 Gucci, Ferrari, Lamborghini. To such sigh-inducing, lavish lifestyle names, Robert Dozier Jr., aims to add Néktar. And why not? While his business is based here in Hampton Roads, his ultra-premium, 100% natural liqueur comes from Italy, too.

“Italy evokes luxury,” he says, and that’s where he found a hundred-year old, family-owned distillery to produce Néktar, a blend of Moscato d’Asti, fruit nectars and vodka made from Italian wheat. As a Total Wine manager and then a rep for a spirit broker, he recognized a need for a prestige quaff eschewing artificial colors and flavors and knew firsthand the wide appeal of Moscato d’Asti. “Whenever I did tastings, I observed that whether someone was a beginner wine drinker or an expert on Bordeaux, everyone loved Moscato d’Asti,” he says.

Except for production of 2,000 cases (to date) by those fourth-generation Piedmontese distillers, “he’s a one-man show,” his wife Lindsay Eure gushes with cheerleader pride. “No six-figure branding campaign like most spirits.” Dozier not only spent countless hours tinkering with the formula to meet his specs, but also designed the bottle (a look that underscores luxe with gold accents, an imperious “N” and Aphrodite) and markets and distributes his titian-hued elixir himself.

The 42-year old, Great Bridge High alum’s entrepreneurial spirit surfaced long before he could drink his 36 proof product. At 13, he was peddling candy dispensers to Olive Gardens. He believes he derives his business drive from his late grandfather who, in the early 20th century, ran a produce and meat market near today’s Waterside District. Tender-hearted as well as industrious, the grocer would scan obituaries and tear up a family’s bill if he saw that their breadwinner had passed away.

To that inheritance, Dozier stirred in a mastery of mixed martial arts (his Wing Chun teacher was a classmate of Bruce Lee, and Dozier wound up winning his weight class in the first mixed martial arts competition, pre-UFC, in Virginia), instilling in him perseverance and an eye for the end game. Through free fighting he fortified friendships with Navy Seals, some numbering among his small batch of investors. When he launched Néktar two years ago at the tony 48 Lounge near Rockefeller Center in Manhattan, the party benefitted the Navy Seal Foundation.

Dozier won’t divulge all of Néktar’s ingredients (“that’s my Coke secret,” he hedges), but speaks of peaches, orange blossoms and honey. Indeed, one whiff is like someone waving a basket of fresh-plucked peaches under your nose in the middle of a Southern orchard, and sipping it neat – a lovely thing to do – will make you think you’ve sunk your teeth into the flesh of a luscious, ripe stone fruit. The Moscato is subtle, not a fizzy tickle, and the overall effect diplomatically aligns sweetness and acidity.

“It makes a really nice complement to a lot of things so it’s easy to pair in cocktails,” says Amanda Marquart, front-of-the-house manager at Supper Southern Morsels in Ghent, where the “Southern Bellini” – cava, Néktar, bitters and a sugar cube – is popular, especially at brunch.

At nektarliqueur.com, you’ll find recipes incorporating whiskey, tequila, vodka, gin, rum, cognac and beer. Eure was pregnant with their son Duke when her husband began concocting the liqueur a few years ago so couldn’t help much with testing, but now fully enjoys the fruits of his labor (particularly with bourbon, simple syrup and orange peel) and says, “It really goes with everything. We’ve experimented with friends to break it, but haven’t found anything.” She pauses. “Well, maybe milk.”

Néktar works in food, too. Downtown Norfolk’s Gershwin’s splashed it into cheesecake and Hummingbird in Freemason flavored macaroons with it.

Its “no artificial anything” ethos makes it a natural at eco-friendly Croc’s, and it’s at other local establishments including Byrd & Baldwin, Isle of Capri and The Bee & The Biscuit as well as ABC stores throughout Virginia ($29.99/750 ml). Dozier’s strategy is to build the brand by making it a stand-out here and in New York City, and then go global.

Might there be an analogue to the recent billion-dollar sale of George Clooney’s tequila start-up to major player Diageo? Perhaps. Thanks to the beverage industry’s premiumization trend (consumers choosing more carefully-crafted liquor with better ingredients commanding higher prices), Dozier says some powerhouse CEOs have been floating texts and calls. And since Néktar just took platinum at the SIP Awards, an industry-esteemed international spirits competition judged blind by consumers, those discussions have intensified.

Whether or not they come to fruition, he’s already drawing plans for another brand in a different category. He even has a bottle patent for it.

Between non-stop work and raising a toddler, Dozier and Eure don’t hit the party circuit as much as you might think by watching Néktar on YouTube (Eure, director/resident artist at Zieders American Dream Theater, appears in some of the promos). Of course, she admits that staying home has perks since she has her own personal mixologist: “If we have to watch another (PBS Kids’) Daniel Tiger, we’re going to have a cocktail.” For any harried parents, that just might be the height of luxury.