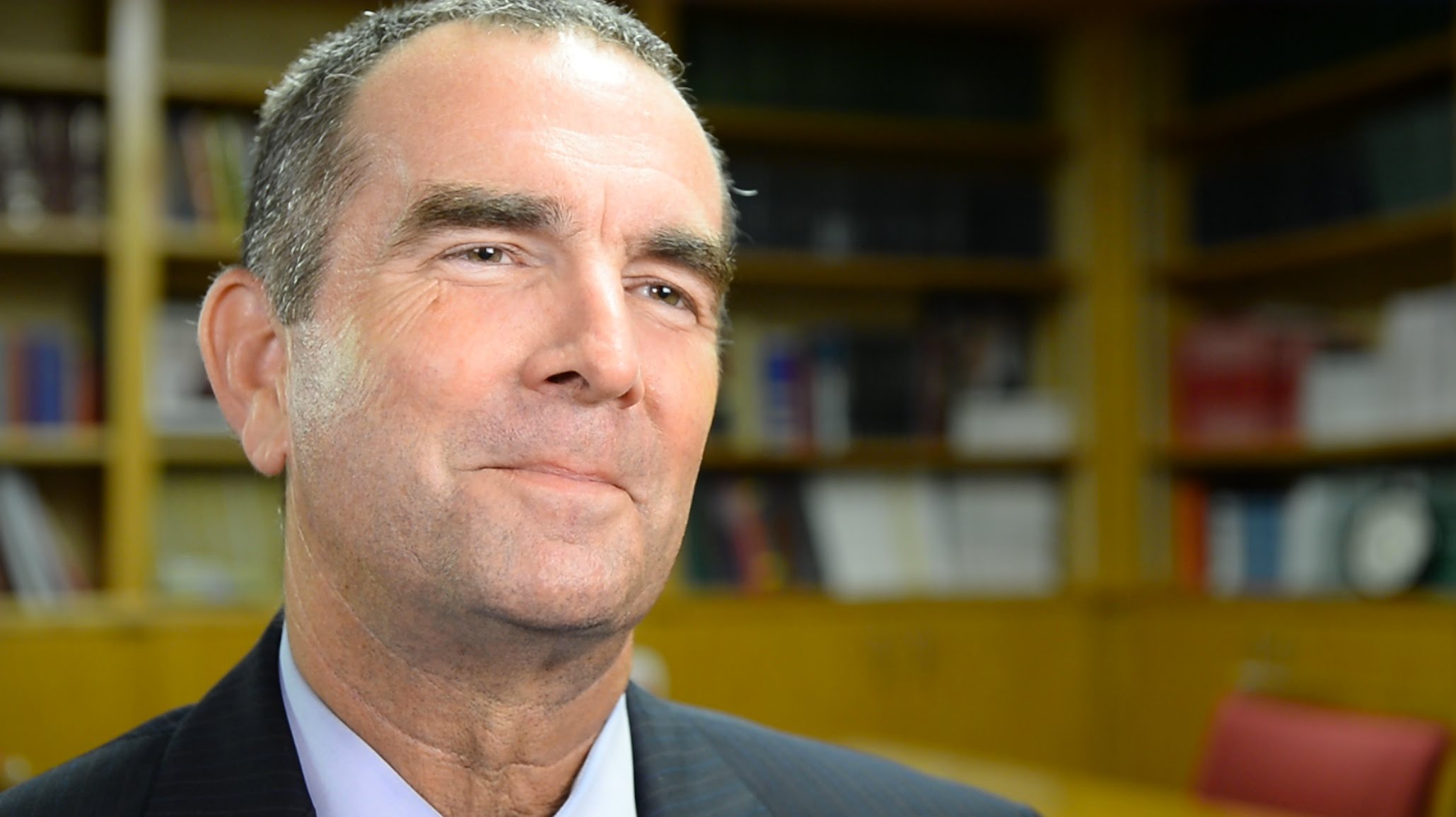 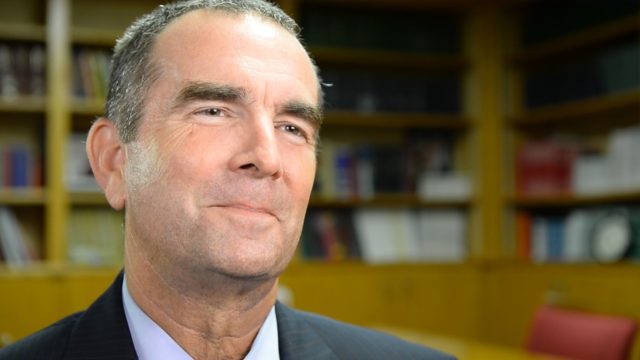 I grew up in a family that was politically involved.  For roughly 25 years I have been in the political trenches, first as a Republican where I was a city committee member for the Republican Party of Virginia Beach and a precinct captain, and then as an independent with strong Democrat leanings after the Republican Party became something akin to a reprehensible sectarian party.  I even ran for Virginia Beach school board in 1994 only to be labeled “Christian Right” by the Virginia Beach Education Association.  I guess I’ve had the last laugh on that fabricated story line.

Through all my years of political involvement, one thing that I learned is that it is critical to research candidates and make sure that they are what they claim to be in campaign ads and to verify their claimed political positions on issues. Many are not what they claim and will change their supposed stances if they deem it politically expedient for their own benefit.  Never mind that their past voting records and positions are readily available for those willing to take a few minutes to do some homework and/or check out campaign web pages.  Too many people simply do not take the time. Indeed, many of my “friends” who voted for Donald Trump and who have since feigned shock over his anti-LGBT agenda as evidenced by rescission of many Obama era protections and his new and falsely named “religious freedom” executive order that allows tax-exempt anti-gay churches to engage in political activity, never took the requisite time to see who/what they were actually voting for.  The “religious freedom” executive order makes every citizen, including LGBT individuals, indirectly underwrite churches that peddle hatred as they stock in trade.   Now, these “friends” want me to “forgive and forget” – something that will not happen.

While we cannot undo the results of the 2016 presidential election, we do have an opportunity to make sure that similar mistakes do not occur this November when Virginia will elect new statewide officials, including the governor and attorney general, and all of the members of the House of Delegates.  With the Trump/Pence regime and a Republican controlled Congress posing an ongoing threat to Virginia’s economy and the civil rights of all of its citizens – not just angry whites and or Christian extremists – electing a Democrat to Virginia’s governor’s mansion in November 2017, is more important than ever.  Indeed, a Democrat in the governor’s mansion may be one of the few firewalls available to guard against the worse agendas coming out of the White House and the GOP controlled Congress.

For me, the man best suited for the position is Lt. Governor Ralph Northam, a man who I have known since he launched his first campaign for the Virginia Senate and who has held fast to his principles and ideals.  Yet, seemingly out of nowhere a possible wrench has been thrown into Virginia Democrats’ plan for an orderly, uncontested race to nominate Ralph Northam for the party’s 2017 gubernatorial nomination.  That wrench is one term Congressman Tom Perriello, who only served from 2009 to 2011 before losing to a right wing tea party candidate.  Perriello has challenged Lt. Governor Ralph Northam for the party nomination and is parading himself around Virginia as the “progressive” candidate in the contest and holding himself out as the best choice for forward looking Virginians.  Based on my research to date, Perriello’s claims simply are not true.

Worse yet, in my view, Perriello’s entrance into the contest is serving only three purposes: (i) to divide the party in Democrat Virginia – much as Bernie Sanders did in the 2016 presidential race, (ii) to divert funds that would be better spent on the general election against the eventual Republican opponent, and (ii) fan the vanities of Perriello and his out of state endorsers such as Sanders and Elizabeth Warren who seemingly have not done their homework when it comes to Perriello.  What is most disturbing is that, if the Republicans should win the governor’s mansion in November, 2017, the consequences for many Virginians will be horrific.  LGBT rights, women’s rights and minority rights will have no firewall to stop the ugliest efforts of the currently Republican controlled House of Delegates or to push back against the most egregious Trump/Pence initiatives.  Look no farther than North Carolina to see what GOP control of the governor’s mansion could mean. All so that Perriello, Sanders and Warren can satisfy their egos?

I will be blunt.  I do not believe that Perriello can win against someone like the heavily funded GOP gubernatorial front runner, Ed Gillespie and, if that happens, the outcome will harm Virginians and Virginia’s economy for years to come.  Tom Perriello claims that he has broad grassroots support, yet nearly 60% of Perriello’s campaign funds raised to date has come from sources outside of Virginia as have all of his major endorsements.

In sharp contrast, virtually all of Virginia’s major domestic Democrats have endorsed Lt. Governor Ralph Northam in the coming Democrat primary. Why? Several reasons, in my view. First, because Northam is a steady candidate with years of experience unlike Perriello, a two year flash in the pan, despite Warren’s efforts to fluff his resume.  Second, Northam has been in the trenches for years and has helped other Democrat candidates and worked with the party’s grassroots, if you will.  My husband and I have been in those trenches for years (I confess I’ve turned him into an activist), have been on host committees and given money over and over again. Perriello has been nowhere to be seen in Virginia or in Virginia politics.  Third, Northam is right on the issues – including LGBT rights which Perriello barely mentions in passing on his campaign website – and brings the much needed perspective of a physician into play.

Most disturbing, however, is the fact that Perriello is not being honest with primary voters about his actual record.  While arguably progressive on a few economic issues, the rest of his stances and voting record are anything but progressive.  Here’s a sampling of what Slate.com had to say earlier in the year about Perriello’s less than truthful storyline (emphasis mine):

But this narrative isn’t quite right. Northam may have crafted a moderate image, but in reality he is a fierce advocate for liberal causes who hews closely to the Democratic platform. And Perriello, for all his progressive bona fides, has a voting record that clashes with the party’s current support for gun safety measures and, more importantly, reproductive rights.  During his unsuccessful 2010 re-election campaign, Perriello boasted of his A rating from the National Rifle Association, which was a result of his opposition to an assault weapons ban.

When then–Attorney General Eric Holder proposed reinstating the ban, Perriello wrote a letter to Obama asserting that “to even consider reinstating an ‘assault weapon’ ban is an affront to our Founding Fathers, who so clearly understood the importance of the ordinary citizens’ right to keep and bear arms.”

Perriello’s anti-abortion record will be harder to explain. In 2009, Perriello voted for the odious Stupak amendment, a dramatic extension of the infamous Hyde amendment. The Stupak amendment would’ve prohibited insurance companies that participate in the Affordable Care Act’s exchanges from covering abortion.

Five Thirty Eight blog hasn’t been much kinder to Perriello and has looked at Perriello’s recent gyrations to disavow – and distract voters from – his past positions:

This desire to win over activists might account for a number of position shifts Perriello has made of late. In January, he pilloried the NRA as “nut-job extremist organization” in the post-Sandy Hook era, but during his time in Congress, he received campaign funds and an “A” rating from the organization. In January, Virginia GOP chairman John Whitbeck made a sneering prediction about Perriello’s stance on offshore drilling, which he had supported while in Congress: “I look forward to yet another heart-felt, tear filled Jimmy Swaggart-style Facebook post in which Tom Perriello repents for his previous sins.

On offshore drilling, Perriello also voted against increasing safety standards at offshore drilling rigs after the BP oil spill.  On immigration, Perriello is equally duplicitous and must be channeling Donald Trump as his model.  America Rising had this to say (emphasis mine):

During his short gubernatorial campaign, Perriello has already flip-flopped on off-shore drilling, government funding of abortions, and Second Amendment rights. Now Perriello has added immigration to that already voluminous list of flip-flops. According to Politico, Perriello now supports immigration reform and the DREAM Act, but when he ran for Congress Perriello was a supporter of undocumented immigrants “self-deporting.”

Yes, you read that correctly.  Perriello said immigrants should self-deport themselves.  He is equally disingenuous when it comes to the issue of gay rights.  In his 2008 congressional campaign, Perriello said that marriage should be defined between a man and a woman.  In contrast Lt. Governor Northam supported marriage equality in his 2013 campaign.  In addition, he cast a tiebreaking vote in 2015 to advance legislation barring discrimination in state hiring on the basis of sexual orientation or gender identity. Compare Northam’s campaign web page with its entire section on LGBT rights and civil rights with Perriello’s slim sentence on the entire issue of civil rights and the difference is glaring.

Suffice it to say, of the two, Ralph Northam – who as noted above I have known from the beginning of his state senate career – is the true progressive and the true LGBT ally and the right person to move Virginia forward as Governor of Virginia.  I urge you to go to the polls on June 13 in the Democrat primary and vote for Ralph Northam.  The 2016 presidential election should be a stark reminder of the consequences of staying home and not voting.  Ralph Northam will not disappoint you.