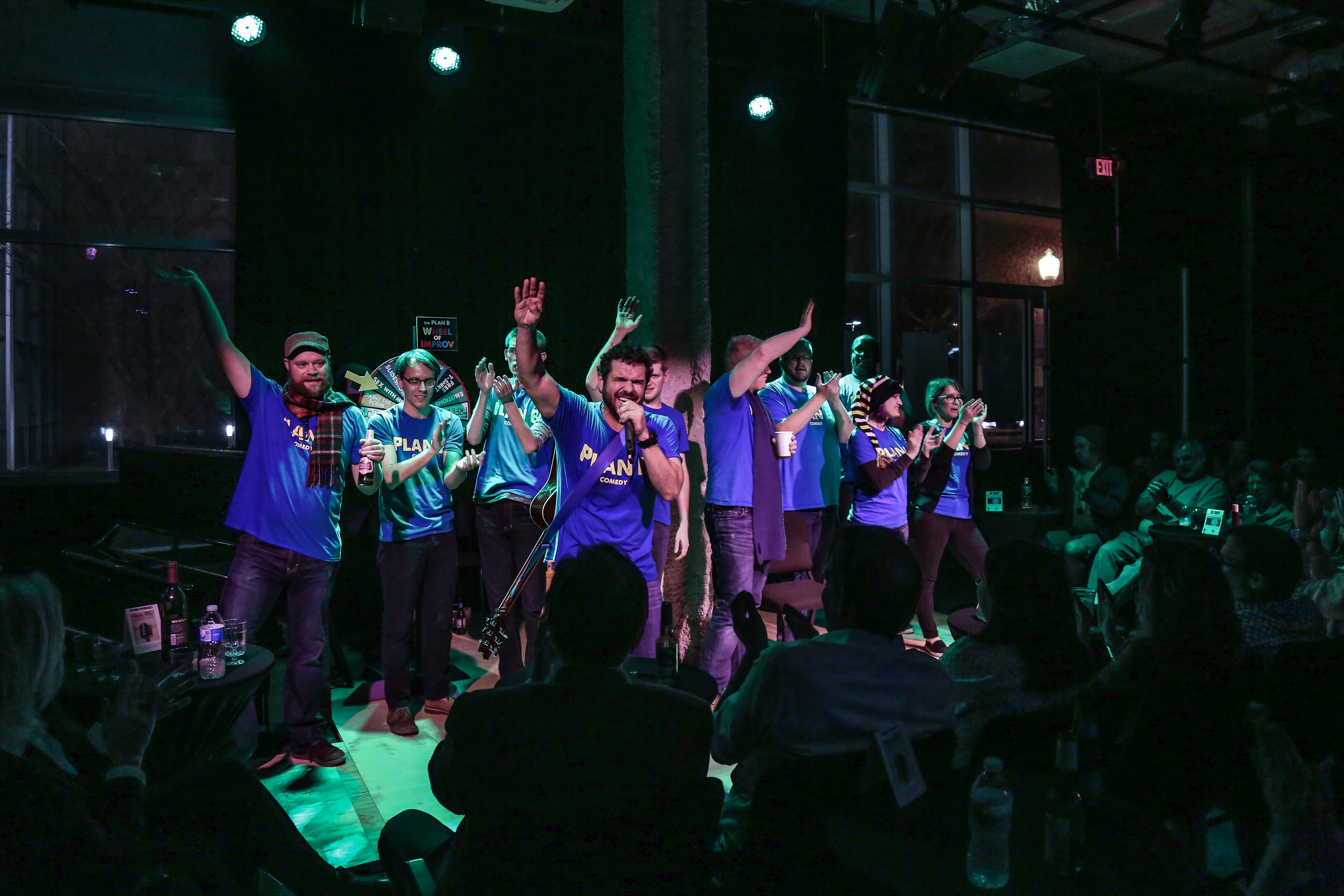 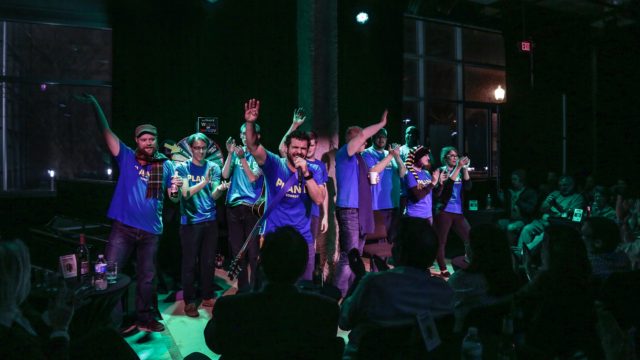 (Plan B is the Z’s resident comedy troupe)

The Zeiders American Dream Theater opened a temporary performance space in Virginia Beach Town Center in 2015 and has quietly been building its reputation in the shadow of the 10-year-old Sandler Center, which is literally steps away.

The musical “Love, Always” made its world premiere at “the Z” in July before moving on to London and Paris, and Virginia Musical Theater and Virginia Stage Company have both workshopped shows there, including “I Sing The Rising Sea” and “Oliver Twist.”

In October, the Z ramped up its brand-building strategy with the ground-breaking for a permanent theater in what was the parking lot between Town Center’s Westin and Cosmopolitan buildings—still just a block away from the Sandler.

The proximity of the two venues may have some people scratching their heads—like a local coffee shop opening across the street from a Starbucks—but James Bryan, the Z’s marketing and patron manager, dismisses the comparison. “Our focus is on emerging artists,” he said. “A lot of them are local; some of them are regional. Our goal is basically to put new works in front of an audience—something that’s not really done a lot in this area.”

So while the 1,300-seat Sandler hosts performances by nationally known artists like Vince Gill, the much smaller and more intimate Z hosts “up close and personal” songwriters’ nights with local artists like Chuck “Coyote” Larson.

When finished in June 2017, the Z will actually include two performance spaces: a 300-seat theater and a 150-seat “blackbox.” Bryan said it will host programming three or four nights a week. “It’s going to really grow rapidly,” he said. “It’s definitely going to grow in leaps and bounds here in the next year and a half to two years.”

The theater is the brainchild of Mike Zeiders, an entrepreneur who founded Zeiders Enterprises in 1984 and the Quality of Life Foundation in 2008. Both organizations are committed to making a positive difference for individuals, families, organizations and communities. He’s investing $8 million in his namesake theater in the hopes that it will also make a positive difference—for emerging artists and Hampton Roads’ arts community.

“The goal of Zeiders American Dream Theater is to provide the community with live entertainment not available in the area,” he said at the ground-breaking. “To achieve this goal, the second goal is to provide exceptionally gifted writers and performers a venue to introduce their new works.”

Along with the ground-breaking, the Z announced a formal partnership with Plan B comedy troupe, which was the first group to perform in the temporary theater a year ago. “They started doing once-a-month improv shows, and then it blossomed from there,” Bryan said of the relationship. “They’ve become so popular that now we do two shows a month—one improv show and one sketch show. … Over the summer, we did two shows a week with them. It’s really kind of taken off with them.”

Jason Kypros, a Norfolk native and graduate of Los Angeles’ famed Groundlings School who co-founded Plan B six years ago, said the timing for the union was perfect. “We were looking to spread our wings and get out there and just get in front of as many people as possible,” he said. “It’s worked out to be a mutually beneficial thing.”

He said the plans for the new theater are “outrageous.” “You almost want to pinch yourself,” he said. “It’s just really neat to know that that’s on the horizon. It’s going to be really awesome to be able to work in that new space. It’s been awesome for us to really have all this time to perform at the theater because it just makes us better and stronger, and I think it’s just going to allow us to help them have a really great thing to offer once they’re in that new venue.”

And just as Bryan dismissed the notion of any competition with the Sandler, Kypros said Plan B is not in competition with any other comedy groups—even one that might already have its own theater.

“I grew up in a house with two artists,” he said, “and I know what it’s like to really try and get those performance gigs. That’s why I think it’s so cool that the Z is the entity that it is. Their intention is: ‘Everybody’s welcome to come and play here. It doesn’t matter who you are. We want everyone to come and participate.’ I think that’s the important thing for artists in this community to keep in mind. The more we can all play together, the better off it is.”

Kypros said the relationship with the Z also helps legitimize comedy as a serious art form. “There is definitely a way to deal with heavy subjects in comedy that you can’t necessarily deal with in another way,” he said. “But then aside from the heavy subjects, it’s just really cool sometimes to be able to just go somewhere and laugh and not have to think about all the other stuff.”

Bryan is excited about the formal relationship with Plan B. He said the group fits in with the Z’s mission, adding: “They put on a really good show. They kind of encompass a lot of really different fun themes.”

More than anything, though, he’s excited about helping to build the new theater from the ground up. “I’ve never done anything like this,” he said. “It’s a bit daunting, but at the same time, I wouldn’t have it any other way because it’s a really great challenge, and at the end of the day, it’s bringing these artists’ work in front of an audience. I can’t be thankful enough to be a part of it.”