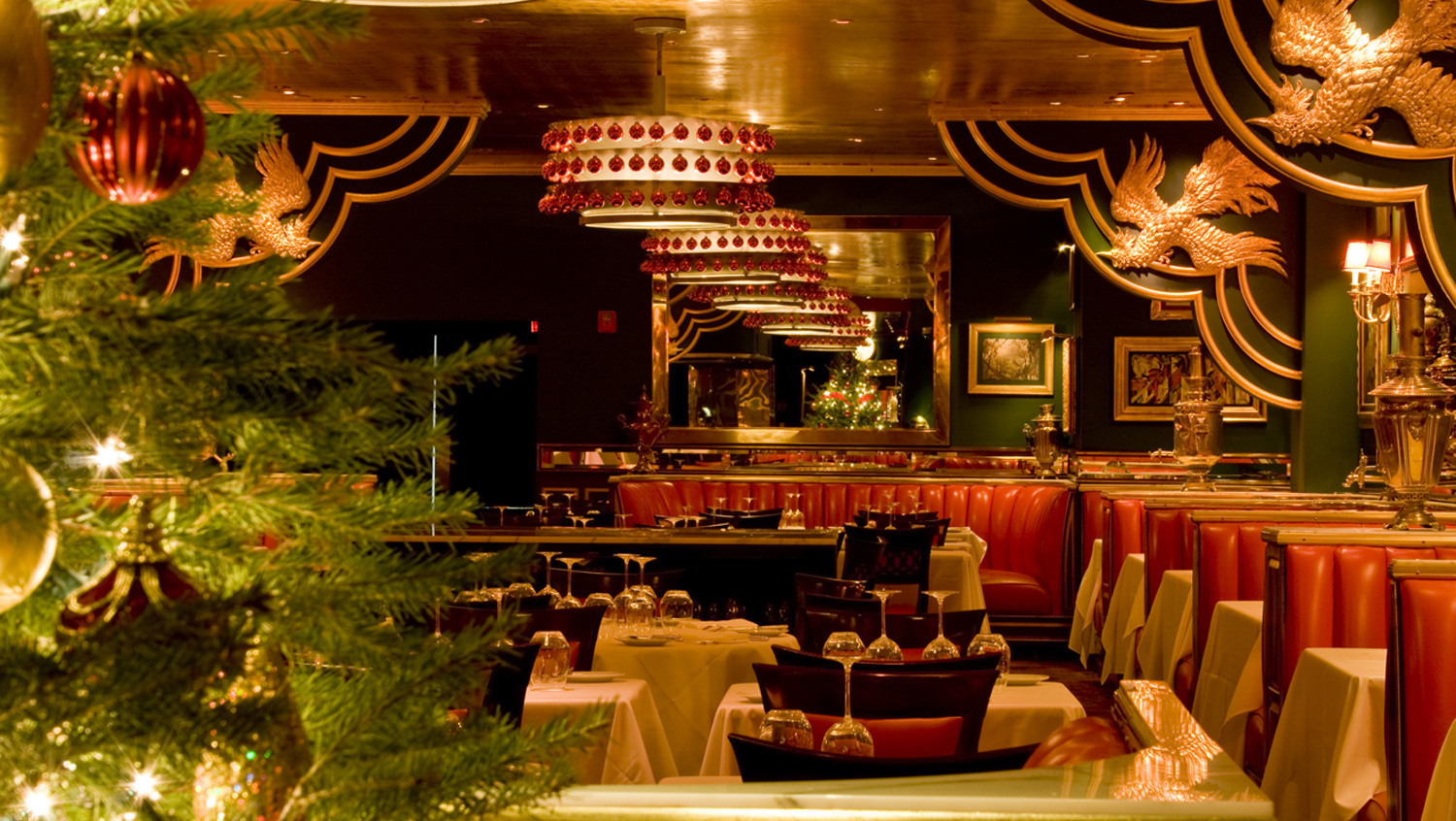 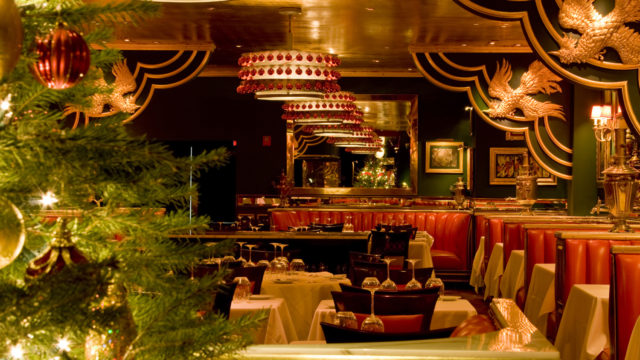 (The Russian Tea room is ornate dining at its finest)

I didn’t want to leave New York. Then I fell in love, and it was easier for me to move to his home in Virginia Beach than vice versa (then I fell in love with Hampton Roads, too). But he vowed we’d always return to the City, and most recently, we went to appreciate the stunning, mindfully-wrought National September 11 Memorial and marvel at Downtown’s rebirth. I’ll take Manhattan in any season, but autumn has a special aura. Classic. And, when it comes to dining, it offers all kinds of classics, too…

Old Classic: The Russian Tea Room (150 W. 57th St., New York, NY, 212-581-7100, russiantearoommnyc.com) Since this iconic, Russo-fantasy of a restaurant debuted in the 1920s, there have been changes. In location, ownership, popularity. But, like a mythical Anastasia, it survives. Stroll beneath its expansive canopy and swan into a roar of red, green, and gilt; the larger than life-result if you shook a snow globe containing the romance of Dr. Zhivago, a fairy tale of nesting babushka dolls, Christmas at the Winter Palace, and Liza Minnelli in her heyday. If you sense déjà vu, perhaps it’s from scenes in Tootsie or “Gossip Girl” or when Anna Kendrick shares dessert with Gloria Steinem in a Kate Spade fashion video. You’ll feel like you’re in a production with waiters cloaked in double-breasted military tunics, looking as if they once took orders from the tsar. Start with a vodka tasting, blinis or borscht, advance to striped bass with fennel pollen in broth, beef stroganoff or quail with roasted hen of the wood mushrooms. The snarky sniff it’s not what it once was and, in truth, dishes are uneven (the mi-cuit – Grand Marnier-sauced chocolate molten cake, once a dream, is now a letdown), yet it’s still a treat, and there are reasonable ways to experience its charms such as prix-fixe lunch and pre- and post-theater dinners. Michelle, Malia and Sasha Obama opted for afternoon tea. Fitting, considering RTR’s first incarnation was a tea room created by members of the Russian Imperial Ballet.

New Classic: Russ & Daughters (127 Orchard St., New York, NY, 212-475-4880, russanddaughterscafe.com) I know what you’re thinking: Russ & Daughters has been slicing salmon and fishing Kosher dills out of barrels on the Lower East Side for over a century so what’s with the new? You’re right – when it comes to the Houston Street appetizing shop (appetizing historically meant fish and dairy while delis dealt in meat), but last year the fourth generation opened this café around the corner. With its aesthetically-pleasing sterility and undeniable family resemblance (canned sprats and kapchunkas on display), it’s a worthy setting to nosh on the delicacies that make the shop a beloved institution. Still, the café isn’t exactly your father’s Russ & Daughters. It possesses a contemporary coolness, and while you can get matzo ball soup, latkes and kugel, new-fangled twists like babka French toast and halvah ice cream make for new traditions. The caviar (American, Siberian, Osetra, paddlefish and hackleback), Nova, whitefish, sable and more, glisten in pristine splendor. Egg creams and a fine cup of Brooklyn-roasted coffee can be had, but R&D also dispenses clever cocktails including the Break-fast Martini (Beefeater gin, jam, lemon juice, egg white, Pernod Absinthe and Angostura Bitters). The family now has a restaurant and appetizing takeout counter at the Jewish Museum on the Upper East Side, too.

Classic In The Making: Superiority Burger (430 E. 9th St., New York, NY, 212-256-1192, superiorityburger.com) Does this East Village fast food joint deserve the ear-splitting superlatives heaped upon it? GQ dubbed its eponymous sandwich the “Best Burger of the Year.” The New York Times claimed it’s “arguably the most acclaimed burger of any kind in New York recently.” It is utterly delicious. But most notably, it’s vegetarian. With shredded iceberg lettuce, muenster cheese, tomato, dill pickle and White Castle physique, it’s simultaneously nostalgic and new wave. The woman next to me traveled from Australia just for it, and ordered everything else from the all-veg menu (some picks are “accidentally vegan” per chef-owner-punk rocker Brooks Headley, former Del Posto pastry chef) including Megamouth (an amped up Superiority), griddled yuba (tofu skin) on a roll, veggie burrito, burnt broccoli salad, tahini ranch romaine salad and the okra-cabbage special. It’s a short list of items that numbers more than the seats (six). Most people order to go, often digging in at nearby Tompkins Square Park. As I polished off my burger, a gaggle of restaurateurs and entertainment types entered and tried almost as much as the Aussie. “This tastes like there’s beef, like there’s chili,” says a show runner between bites of the Sloppy Dave. “They’re not afraid to spice it. Is that the secret to good vegetarian?” He catches sight of Headley and asks, “Are you Mr. Superiority?” “We’re all Mr. Superiority,” answers the 2013 James Beard Outstanding Pastry Chef. “I just make the ice cream.” (It’s rich and wonderful, labne flavored this day.) He personifies what’s printed at the bottom of the receipts, “Our core value: humility.” Superiority, indeed, without the complex.