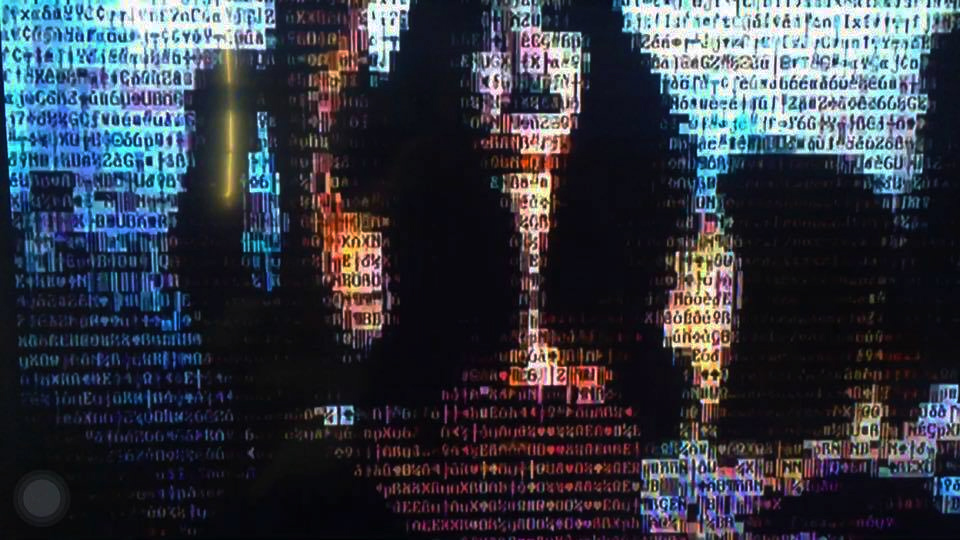 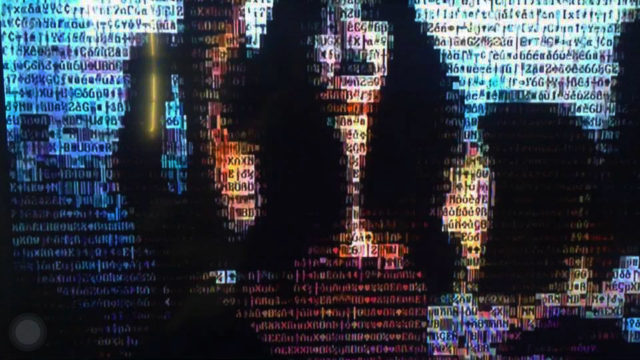 A Feast of Languages is an exhibition of work by artists who are part of the energy and vitality that has emerged in Norfolk’s NEON Arts District and the ViBe Creative District in Virginia Beach,” explains curator, Neil Britton Gallery Director, and Virginia Wesleyan art professor, John Rudel. He goes on to note that “All of the artists included in this exhibition have studios and have created public works which can be seen in the NEON and the ViBe.”  Just after the show opened on September 8, John took some time to thoughtfully answer a few questions about the exhibition for VEER readers.

BD:  The evocative title of the exhibition warrants some explanation.  From whence did it derive?

JR: With a nod to Shakespeare Week that will take place with a series of events on the VWC campus from November 7 – 11, 2016, the title, “A Feast of Languages,” is a quote borrowed from one of Shakespeare’s early comedies “Loves Labour’s Lost,” which explores the power and limitations of language. The title comes from a quote by the character Moth, who is noting the hodgepodge language that is being used around him, and states, “They have been at a great feast of languages, and stol’n the scraps.”

This quote relates wonderfully to how contemporary practices of art-making are inevitably the result of a rich environment of multiculturalism. This exhibition seeks to create reverberations of the New Energy of Norfolk (NEON) and the ViBe creative district in Virginia Beach by bringing the work of some of the featured artists into close proximity within the Neil Britton Art Gallery, which sits uniquely on the boundary line between Norfolk and Virginia Beach. The exhibition will serve to remind viewers of the creative vitality of our area that is defined by “A Feast of Languages.”

BD: The artists whose work you chose to exhibit are Joan Biddle, Alex Dejesus, Asa Jackson, Hannah Kirkpatrick, Charles Rasputin, and Thom White.  Will you share a little about the who, what, and why of each artist’s work?

JR: Selecting the particular artists for this show was difficult because there is a wealth of really dynamic artists in our area who would have fit perfectly in this show. I was hoping to represent a spectrum of creative individuals who were active in creating public art.

Hannah Kirkpatrick and Joan Biddle are both active at the Chrysler Glass Studio. Joan has lead several major endeavors painting areas down in the NEON, and Hannah’s major public work illuminates the side of the Glasswheel Studio building. They are also part of the dynamic “Glass Girls” group that has made award-winning public art as a collaborative.

Asa Jackson is a local celebrity painter who has been featured on WHRO’s The Scene, is Director of the 670 Gallery in Hampton, and leads the CAN Foundation and the CAN Festival in Hampton Roads. I particularly remember his work as one of the murals on the now demolished Zeds Building. It was one of the original works that signaled the future back when the NEON Arts District was but a well written idea proposal being distributed by Jesse Scaccia and Hannah Serrano.

Alex Dejesus is an artist on the rise who I encountered last year as the frenzy of public works was going up in the NEON. Alex had been in my painting class at Virginia Wesleyan so it was great to see him working with another artist on a mural. We kind of reconnected at that point and he introduced me to several younger artists who were all out making their mark with public works for the NEON. I really selected Alex as a representative of the inherent latent talent that resides in our area that has been galvanized by the establishment of dedicated arts districts and strong support of public art.

Charles Rasputin is a character who has become a fixture regionally, but who is centered in the NEON at the Rutter Family Foundation’s Work|Release venue and gallery. His event planning/promotional talents and keen curatorial voice are a major force that brings vitality to the area. Last year I was blown away when he and Carl Medley installed their Fang Gang mural on Olney Road. As an artwork, it hit all the marks I thought. When I was planning this exhibition and Charlie agreed to participate, I was really glad because his voice is very integral to the NEON and the VIBE, as he also has a guiding role with MOCA in Virginia Beach.

Thom White is a Principle at Works Project Architects in Norfolk, a founding Member of Revision Norfolk, and has been awarded the Downtown Norfolk Council’s Roy Bagley Distinguished Service Award. He specializes in urban place making and designed The Plot, a public park inside of the NEON. Really his influence is ubiquitous as a part of the NEON and downtown Norfolk. His voice as an architect dovetails nicely with his artistic voice. He is definitely an integral creative person without whom the arts scene in our area would not be quite as rich.

BD:  Will you provide a little insight into any big ideas, major themes, or ways of working that unite the artists?

JR: The title “A Feast of Languages” allowed a fairly open set of parameters in putting this show together. I wanted to find folks working in different media, with different backgrounds and different agendas, who employ varied visual languages within their work and bring them into proximity. In some ways I think the show title suggests a kind of study of aesthetic relationships. And what we’ve got seems to reveal a terrific interconnected quality that even the artists themselves have noted in looking at the show. The works included here speak to each other on many levels and reveal a particularly important strain of communication about humanity and the ambiguities of the human condition with which we all must deal.

Alex Dejesus, who goes by ALXMCHL goes at that theme straight forward with an homage to the relationship he had with his deceased mother, as depicted in his mural titled MTHRNSON. His piece has such a resonance and impact that I think he kind of sets the tone for the entire show in some ways.

The works in neon by Joan Biddle and Hannah Kirkpatrick both use text and material invention to create evocative pieces, but Hannah Kirkpatrick’s work titled Unconditional Love takes advantage of physics to manipulate language in such a way that it really sticks with you. The gas that illuminates the text, which is written in cursive, doesn’t illuminate all of the text, but rather a line that forms the path of least resistance for the energy which illuminates the neon gas.

Charles Rasputin touches on the Shakespearian themes that the show set out to touch on. His piece titled Sonnet 43 smartly uses fields of imagery, including fireworks, to suggest Shakespeare’s sentiments such as, “In the dark they heed that on which they are fixed.”

Asa Jackson’s Anthropomorphism of Man by Way of the Ego reminds of the visceral expressive power available through direct and coarse interaction with materials. Words bounce around and form connections on roughly constructed, drawn, and painted panels. We are reminded of the great advantage that emotion holds over reason in the human mind.

Thom White’s work does an interesting thing. He establishes a kind of language of form that consists of cubes and right angles (of a sort you might expect an architect to deal in), but he places them inside of a constructed narrative that he based around a structure known as the sleeping theater. Thom’s piece Positive 289 is captivating with a field of cube form sketches that meld together when viewed at a distance. The individual drawings hold together as a unified vision born out of singular endeavors. In that way it reminds me of how this overall show came together, and really how arts communities are formed.

BD:  Installing a group show is always somewhat of a challenge, even for a practiced professional such as yourself.  What are some of the internal dialogues—and even inside jokes or winks—you hoped to establish as you created site lines and placed pieces into contiguous relationships?

JR: I usually spend some time moving pieces around and setting up relationships between objects. However, this show had some pragmatic concerns in scheduling and required that, over the course of a few weeks, artworks were installed by individual artists before the entire show had been delivered. After initial discussions with the artists I divided up the space and assigned them particular areas and amounts of running wall feet. The fact that the show holds together so well in terms of visual relationships is nothing to which I can lay a great deal of claim. I guess the joke is on me as, in reality, it probably relates so successfully due to chance more so than I could have manipulated intentionally.

BD:  What are some of the take-aways—the major insights and questions–with which you hope visitors will leave?

JR: I can only assume visitors will be impressed with the overall impact of the show. The six artists here have created a whole that is greater than the sum of the parts scenario. I think this show reveals an interrelated, sincere, forward thinking, authentic group of artists who have energy and concepts that are serving to fulfill the great feedback loop of culture and culture creators that can happen in vital arts communities. The energy is what really has struck me in spending time with this show and talking to folks about it. Communities are sustained by resources, and the human resources evidenced in this show bode well for the continued prominence of the arts as a tool to revitalize and invigorate Coastal Virginia.

JR: The artists featured in this show also agreed to allow a show of student responses to their work to be placed amongst their work in what might be called a meta exhibition. We are hoping to mimic the realm of public art in that works can spring up in proximity to each other and form an evolving “meaning” over time. On November 7 from 5 – 7 p.m., we will have another reception for the expanded exhibition. I’m really excited to see what happens and I really appreciate the generosity of the featured artists to welcome this reinvention of the exhibition paradigm.

A Feast of Languages