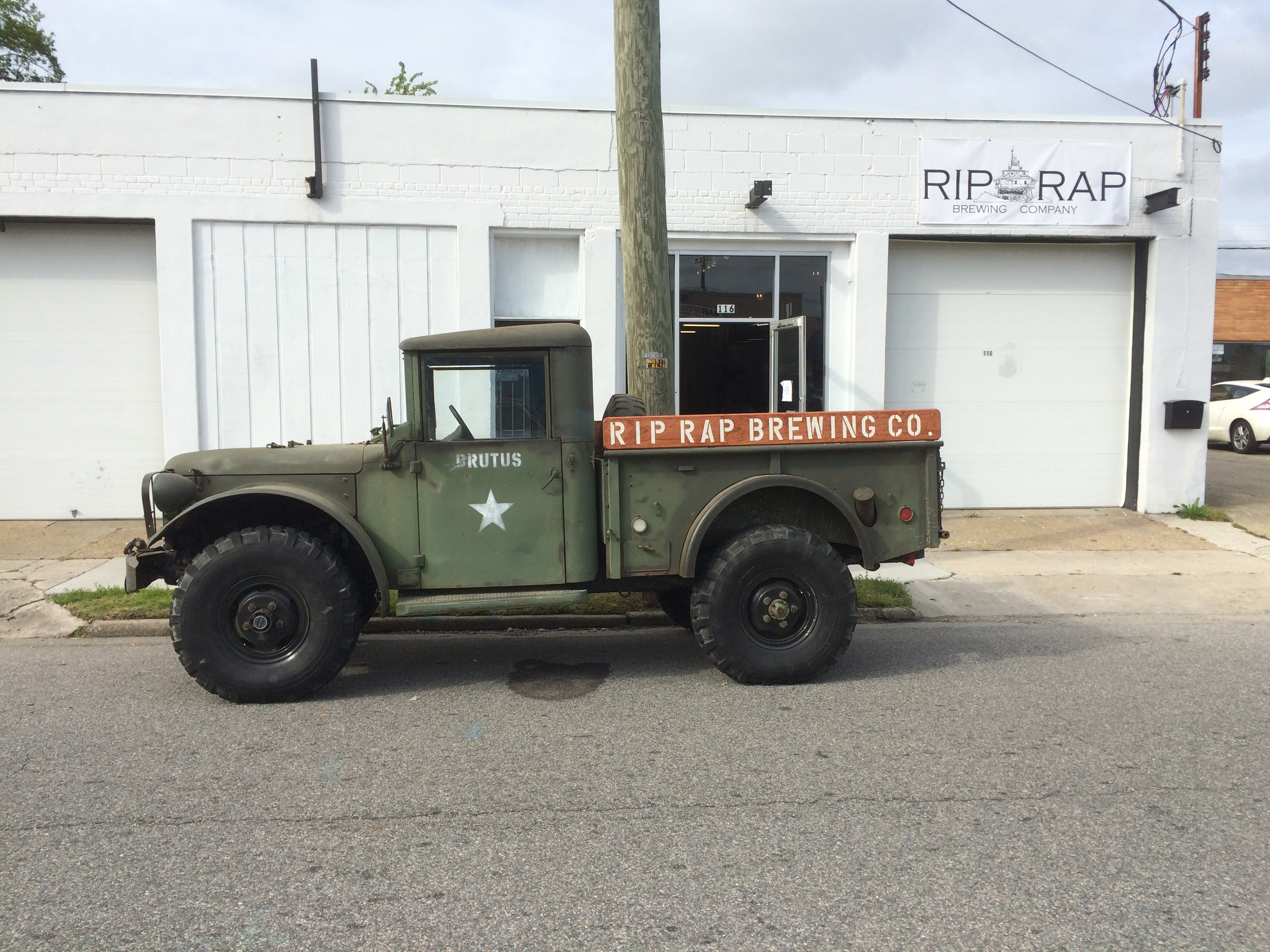 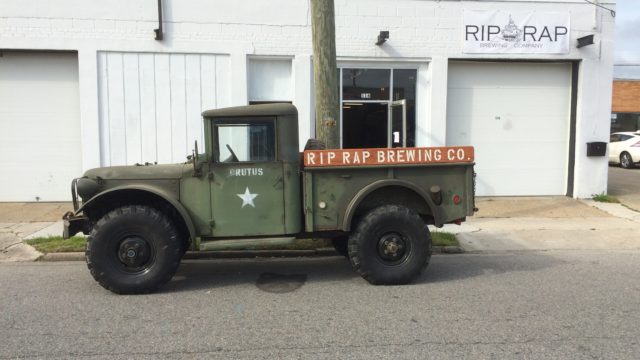 Living in the 757, we are all familiar with the Navy’s ubiquitous presence, but we may not be so “in the know” about America’s “fifth military service,” the Coast Guard.  Created in 1790 by George Washington, for over 200 years Coast Guard personnel have protected our coasts, rescued seafarers in distress, and lived lives driven by “honor, respect and devotion to duty.”

Coast Guard personnel have three broad roles:  maritime safety, maritime security, and maritime stewardship. For two twenty-something Tidewater Coast Guard personnel, ‘Liam Bell and Ben McElroy, you can add a fourth role:  maritime brewing.  While assigned to Hampton Roads duty these Coasties found they shared a common love of malted beverage and discovered the joys of home brewing.  Unlike many home brewers, they only made one batch using malt extract, then dove headfirst into all-grain brewing.  Fast forward almost three years and ‘Liam and Ben opened Norfolk’s newest brewery on April 29, 2016, Rip Rap Brewing. Located in a small building at 116 E 25th St (between Granby Street and Monticello Avenue), this small but mighty brewery is just down the street from their much larger neighbor, O’Connor Brewing, and like their O’Connor counterparts, they are alchemists, turning Norfolk tap water into liquid gold, the elixir known as beer.

Rip Rap Brewing is a small operation in a small space (it has a 50-person maximum capacity), and is living testament to the idea that you can get started in the brewing business on a small scale.  Most of ‘Liam and Ben’s equipment was gathered, procured and cobbled together thanks to their scouring of sites for stuff and their creativity.  They are resourceful and have most of the alterations to the building themselves.  They’ve commandeered parts from a former courthouse, and their engineering creativity allowed them to MacGyver their way around many an obstacle.  Need a glycol chiller? Create one from a beer cooler and a window air conditioner. Need a small walk-in to chill your bright tank and your kegs? Get handy with a hammer. They produce their beers in a small 2.5 barrel (77 gallons) electrically heated system, and that small system will allow them to experiment with a variety of beer styles without being beholden to one particular flavor for a long stretch of time.

They brew beer the old-fashioned way – manually, which involves adding between 120 and 300 pounds of barley and other grains into an open vessel, and when the brewing process is completed, moving that now very wet and heavy grain into containers to give to local area farmers.  It’s a good thing these guys are in shape; all that bicep-building barley hauling no doubt has Ben and ‘Liam acing their physical readiness tests.

At the Rip Rap grand opening there were four tasty beers on tap:   Breakwater Cream Ale; Fresnel Red IPA; Shakedown Scotch Ale; and Wandering Sloth Saison.  All were clean, well carbonated and distinctive representations of their respective styles.  The Breakwater is light, clean, and very easy to drink, the Fresnel was hopaliciously bitter but balanced, the Shakedown made Chris want to tilt his kilt, and the Wandering Sloth nailed the saison style.  They brewed a German-style hefeweizen in early May, and upcoming beers will include an American stout, a Belgian-style pale ale and a West Coast IPA.  Look for lots of different styles as the Rip Rap boys get their sea legs.

Rip Rap’s nomenclature has a Coastie’s perspective.  Rip rap are rocks used to anchor a shoreline, a breakwater is a wave barrier, a Fresnel is a lens that focuses light into a beam (think lighthouse beam) and Shakedown refers not to the Street (sorry Deadheads) but to an initial cruise during which the ship’s crew becomes familiar with how things on the ship work.  Wandering Sloth, however, isn’t nautical at all, but is the nickname of a friend that contributed to their successful Kickstarter campaign.

More info can be gleaned on the web and Facebook.  Rip Rap is open Thursday and Friday from 5:00 PM until 10:00 PM, and on Saturday from noon until 10:00 PM; operating hours will probably expand a bit in June.  For the next six or so months Rip Rap is not distributing their beers to area retailers and restaurants, but instead will only sell direct to customers from the brewery.  If you want to be rescued from a sea of mediocre mass-produced lagers that the big mega-brewers foist upon us, these two Coast Guardsmen can throw you a line and an ale.