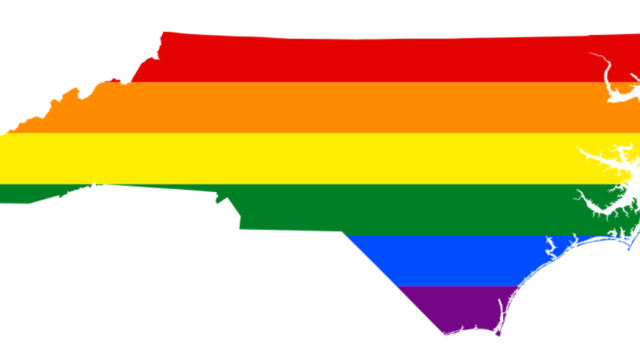 As a former Republican Party city committee member, I continue to be dumbfounded by the apparent swamp fever that has over taken the Republican Party at both the state and national levels.  At the national level we see GOP presidential candidate Ted Cruz surrounding himself with a veritable who’s who of anti-gay extremists.  Indeed, last year Cruz attended an event sponsored by a “pastor” who advocates for the execution of gays.  Cruz has yet to apologize or recant for his appearance on stage with such an extreme hate merchant. While less extreme than Cruz, John Kasich isn’t much better when it comes to his views on LGBT equality or same-sex marriage. Adding to the Republican anti-LGBT venom is a resolution recently passed by the Republican National Committee just this month which supports the wave anti-LGBT laws being pressed at the state level.

Despite the action by the RNC, however, the true extremism of the Republican Party is found at state level.  Here in Virginia a plethora of anti-gay bills were introduced in the Virginia General Assembly.  Thankfully, all but one of these bills were killed or tabled in the General Assembly and the sole bill that did manage to pass both the Virginia Senate and the House of Delegates on a more or less straight party line vote was recently vetoed by Governor Terry McAuliffe.  In vetoing the bill, Governor McAuliffe noted that such laws are harmful to Virginia’s efforts to attract progressive businesses to the state and to diversify its economy.

The goal of all of these anti-LGBT bills?  In my view during the short term, at least two.  First, to the bills seek to grant special rights to far right Christians – those I call Christofascists because of their insidious goal of imposing their religious beliefs on all citizens – to discriminate and mistreat others who do not subscribe to their religious belief system.  The second is the hope on the part of Republican incumbents that Christian extremist will turn out at the polls and support them and/or the GOP during the next election cycle as a “thank you” for their misogyny.   On a longer term perspective, these bills give de facto support to support right wing Christians’ rebellion against modernity and science and social changes.

While Virginia largely dodged the bullet of Republican self-prostitution to the Christian extremists who are a component of the shrinking GOP base of aging and angry white voters, other states are not proving to be so lucky.  In fact, Republican extremism is in full play in Tennessee where the GOP controlled state legislature has voted to make the Bible that state’s official book.  At this writing, Tennessee’s governor has not yet vetoed or signed the bill which likely is unconstitutional on its face under the Establishment Clause of the First Amendment.  In addition, Tennessee Republicans are resurrecting an anti-LGBT bill that would roll back the already sparse LGBT non-discrimination protections in that state.

In Georgia, like Virginia, a gubernatorial veto at the last minute stopped a sweeping anti-gay, license to discriminate law that was falsely claimed to protect “religious freedom.”  Prior to vetoing the bill, Georgia Governor Deal was pressed by a withering firestorm from that state’s leading corporate citizens than cautioned about the severe economic consequences that the law would cause to rain down on Georgia.

In North Carolina, perhaps seeking to avoid the outcry that surrounded the Georgia legislation prior to Governor Deal’s veto, in a single day North Carolina Republicans rammed through the legislature a bill that (i) overrode an ordinance that had been passed by the City of Charlotte, and (ii) repealed every local ordinance granting non-discrimination protections to LGBT citizens across the state.  That same day North Carolina Governor Pat (R) signed the bill into law.  What was McCory’s goal in such shortsighted action?  Most believe a desire to turn out the far right Christian vote in the November elections when he is up for re-election in a tightly contested contest.

To McCrory’s surprise – or perhaps feigned surprise is more apt – the response of corporate America, numerous states and cities, and other businesses has been fast and furious.  Perhaps even more potentially devastating to North Carolina’s economy is the possibility that the federal government agencies (i.e., the Departments of Education, Transportation, Labor, Housing and Urban Development, and Health and Human Services) are reviewing whether or not to cut all federal funding to the state.  Their rationale is that the new law, HB 2, is a statewide violation of the Civil Rights Act of 1965.  This stems from the fact that the Equal Employment Opportunity Commission (“EEOC”) has now ruled that Title VII of the Civil Rights Act covers BOTH transgender and gay and lesbian employees and that recourse can be sought through the EEOC which can open the doorway for civil litigation against anti-LGBT employers or, by extension the state itself.

Between funding for education, transportation, housing and other areas, North Carolina could lose billions – yes, billion with a “B” – in federal funding.  If federal funding is cut and the federal government prevails in the lawsuits that will likely follow, the impact on North Carolina’s economy will be catastrophic.  School systems could face bankruptcy, highways will crumble, and state budget deficits soar dramatically.  All so that Christian extremists can feel superior to others and ignore the laws that apply to the rest of society.

However, loss of federal funding is only a portion of the economic nightmare that North Carolina may face.  As noted before, corporate America is reacting with a vengeance. At last count, some 120 major corporations have joined in a letter demanding that the North Carolina law be repealed.  But that is only part of the corporate response.  The North Carolina Furniture Market scheduled for this month – a more than $5 billion piece of the state economy – is facing boycotts and massive cancellations by buyers.

Joining the condemnation of HB 2 is Paypal which has announced that has abandoned its plans for a massive global operations center, which would have brought 400 new jobs to Charlotte, North Carolina. Paypal was unequivocal in stating that the decision was made because of North Carolina’s passage of HB2, the sweeping law that blocks cities from enacting LGBT nondiscrimination protections and mandates that transgender people use the wrong bathrooms for their gender identities.  Here are excerpts from Paypal’s announcement:

Two weeks ago, PayPal announced plans to open a new global operations center in Charlotte and employ over 400 people in skilled jobs.  In the short time since then, legislation has been abruptly enacted by the State of North Carolina that invalidates protections of the rights of lesbian, gay, bisexual, and transgender citizens and denies these members of our community equal rights under the law.

The new law perpetuates discrimination and it violates the values and principles that are at the core of PayPal’s mission and culture.  As a result, PayPal will not move forward with our planned expansion into Charlotte. . . . principles of fairness, inclusion and equality are at the heart of everything we seek to achieve and stand for as a company. And they compel us to take action to oppose discrimination.

Marketing firm Red Ventures is also considering pulling out of their 500 person expansion in 2016 because of the passage of HB2.  In a statement, the corporate CEO, Ric Elias, said that “The speed with which it [HB 2] was passed and lack of constituent input enabled a select group of North Carolina representatives to ignore their responsibility to represent the whole state and, instead, eviscerate the civil rights of North Carolinians. . . . As a CEO who is committed to expanding our Charlotte presence by 500 people in 2016 and thousands after that, I am forced to seriously reconsider adding more jobs in a state that tolerates discrimination.”

Some localities are also concerned about lost tourism revenues.  The NBA has announced that it is reconsidering holding the 2017 championships in Charlotte and, ironically Atlanta after its own near miss with anti-LGBT legislation is wooing the NBA to shift the championship games to Atlanta.  Numerous states and large cities have banned state employee business travel to North Carolina.  Ten mayors from some of the nation’s largest cities plan to ban not only for official travel to North Carolina, but also ban the use of taxpayer funds to purchase goods and services from companies located in that state. Moreover, numerous movie studios – e.g., Disney, A+E, Marvel Studios, Time-Warner, Lionsgate, etc. – have indicated that they will avoid the state for movie production projects.

Close to home, Nags Head board of supervisors has voted to oppose the discriminatory North Carolina law because of the impending damage to the regions tourism industry. Faced with mounting reservation cancellations, Nags Head mayor Bob Edwards stated “This bill is discriminatory and it is a total embarrassment to us, a total embarrassment to the state of North Carolina. It’s just not who we are.”

My question to Virginia Republicans is this: does keeping Victoria Cobb (president of The Family Foundation – a hate group in all but official designation) and similar Christian extremists worth inflicting severe economic harm on Virginia’s economy?  In my view, the answer is a resounding “No.”

If avoiding economic harm doesn’t sway you, there is another reason to oppose these anti-LGBT laws: the damage done to LGBT individuals and their families.  In all of the false Christofascist rhetoric about protecting women and children from male predators dressing as women – even though there are ZERO reported cases of transgender individuals engaging in such behavior – nowhere does the common humanity of LGBT individual’s factor in. It is soul killing. Despite the claims to the contrary, no one chooses to be gay, no one chooses to be transgender – and no one chooses to be heterosexual.  Those who claim otherwise are (i) liars and (ii) no better than those who once insisted the earth was flat and/or was the center of the universe. I truly worry about the LGBT youth who may view the passage of such animus motivated laws as a sign that suicide is their best option.

If you share my views, contact your representatives at both the state and federal level and make it perfectly clear to them that support of such laws will guaranty your vote against them.  Indeed, let the GOP know that backing such laws will only serve to insure that you will vote Democrat whenever there is an opportunity to do.  Republicans are backing these laws out of shameful self-interest and cynicism.  They need to know that the cost of such conduct will be far higher than they realize – as North Carolina Republicans are quickly finding out.