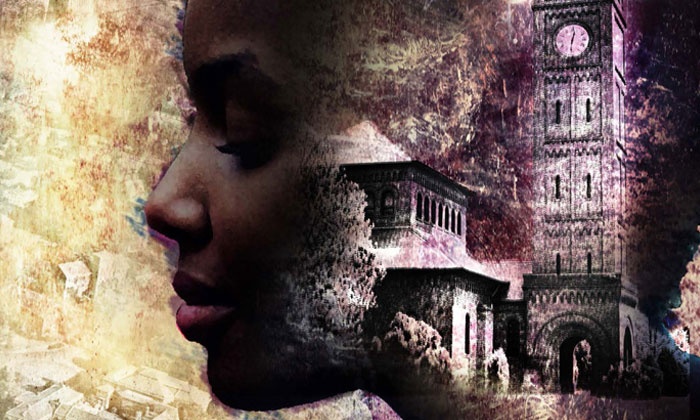 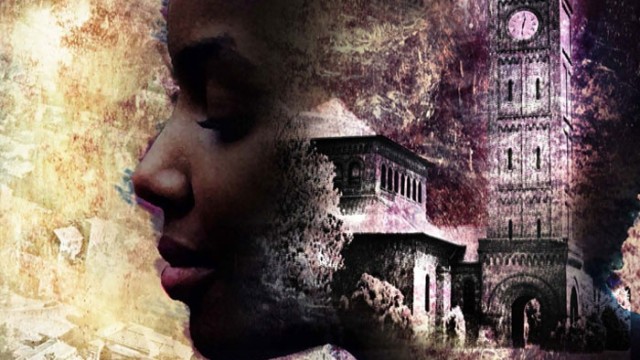 I’ve always been deeply passionate about theater,” explains playwright Jacqueline E. Lawton during a recent phone call about her fascinating new play, The Hampton Years, which is being produced and presented by the Virginia Stage Company later this month. Lawton is detailing how she used to write stories to entertain her younger sister during their formative years growing up in Texas. Back then, and later through college, Lawton was drawn to acting as a career. However, the reality of limited roles for black women in American theater, led the current Assistant Professor in the Department of Dramatic Art at UNC to shift her focus to playwriting.

That focus has birth a body of work which often re-imagines history and/or myth, while most certainly incorporating the complex stories of her community’s historical path from slavery to current day struggle and success. At the heart of it all, is often a complex, African-American woman who defies typically racist and/or classist based societal assumptions. “It’s not going to change unless there are those who write the change into being,” she asserts, which has been a sort of guiding principle for her career and art.

It’s within that context that The Hampton Years was born just a few short years ago. Produced by DC’s Theater J during the early summer of 2013, the world premiere earned some raves from local press, but also garnered criticism for not being yet fully realized, by pubs like The Washington City Paper. “That production was just…it was big! It covered eight years, because eight years was how long Viktor was at Hampton…so it covered that whole span of time. And that version had more emphasis on the Jewish experience,” she explains.

It was during that initial run, however, that director and playwright, Chris Hanna, who is directing VSC’s world premiere production of their own re-commissioned version of The Hampton Years, saw the play and eventually reached out to Lawton about bringing it to VSC. “I wanted to keep investigating because I felt like I hadn’t quite gotten to the heart of the story that I wanted to tell,” acknowledges Lawton.

So following their initial meeting back in 2013, Hanna would eventually bring Jacqueline into the nurturing environment that VSC has long been known for, which lead to changes such as paring down the play’s initial eight characters to its now, more manageable five. The writer also shifted the focus squarely upon the process of creative discovery that these young African-American artists, who are at the core of this story based upon real life characters and events, experience during their time at Hampton Institute during the 1940s, under the instructional guidance of Jewish artist /scholar, Viktor Lowenfeld.

“We workshopped it, and took it through the whole thing as if it were a new play,” Hanna tells me during the conclusion of a recent night’s rehearsal of the play. “She’s rewritten it significantly for this production.”

What remains is the one act play’s focus on the relationship between Hampton Institute (now University) art professor, Viktor Lowenfeld, and his bright students, one John Biggers and Samella Sanders (now Lewis). Their time studying under Lowenfeld during the early 1940s within a segregated southeastern Virginia is further contextualized within the struggles of World War II. The play asks some big questions about the role of race in art, and specifically, how do artists of color create within a framework that honors their unique cultural voice. It was, of course, the local connection that initially intrigued Hanna about the play.

“The fact that these people happened in history is fascinating, and then the fact that it happened…in this area, made it a play we had to do,” he says, slouched across from me in VSC’s rehearsal space in downtown Norfolk. Joining us are NYC actors, Tre Davis and Adam Greer, who portray John Biggers and Viktor Lowenfeld, respectively.

“I love playing historical people because it gives you a reference point with which to start,” Greer notes at one point in our conversation. “Playing a character like Viktor, it was important for us not to make him feel like ‘Dead Poets Society,’ like the teacher who comes in and has all the answers and guides them…”  The actor performed extensive research on Lowenfeld, who indeed fled Austria to escape the Nazis, and once here in America after living in England, made the unconventional choice at the time to work at a southern HBCU over Harvard.

For Davis, portraying the now esteemed muralist, John Biggers, has helped him self-actualize even further, as he strongly identifies with Biggers’ clear sensitivity as a young man. “I connect deeply with trying to negotiate and reconcile that sensitivity in a world that demands that you protect yourself and be hard.” He also notes that “there’s a freedom in the fact that we don’t really have recordings of John when he was in his twenties.”

“You want to bring yourself and honesty to the piece,” Davis, a Houston native, simply asserts. And while all three men are profuse in their praise of Lawton, she later eclipses that in her praise of VSC.

“It’s all been positive, encouraging and inspiring,” she shares. “And this isn’t just me saying this for press…truly as a playwright; I want every playwright to have an opportunity like this with their second production…to really get a chance to grow it.”