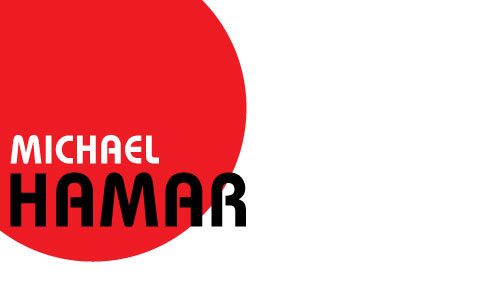 The Virginia General Assembly convened on January 13, and once again the rights and lives of LGBT Virginians will be the targets of the gay-haters in the Virginia Republican Party whose efforts at self-prostitution to Christofascists – the term I assign to “conservative Christians” who seek to impose their religious beliefs on all – reflect no concern for those harmed by their pandering efforts, which often make a tawdry whore look principled.  Meanwhile, The Family Foundation, Virginia’s leading anti-gay hate group, will be working to hold the feet of Republicans less consumed with anti-gay animus to the fire to ensure that no gay friendly bills secure passage into law.  On the other side of the political aisle, Democrats will be introducing bills that seek to give LGBT Virginians the non-discrimination protections taken for granted by other Virginians.

Sadly, LGBT Virginians are only too familiar with what lays ahead during the General Assembly session.  True, by almost any measure, 2015 was a banner year for gay rights with the United States Supreme Court ruling in Obergefell v. Hughes in June 2015, which extended marriage rights nationwide.  However, in 29 states, gays can marry, yet can be fired the next day, refused housing, or denied service in facilities because of their sexual orientation.  I suspect that readers are not shocked to read that Virginia continues to rank among such LGBT hostile states. And many Republican members of the General Assembly want to keep it this way.

Leading in the forefront of such Republicans is Del. Bob Marshall from Prince William County, who has introduced two bills that seek to undermine gay rights advances.  The first is HB77 on “sex or gender discrimination; applicable federal law,” which “provides that for the purposes of the Virginia Human Rights Act, an ‘unlawful discriminatory practice’ shall not include conduct that violates any federal administrative policy, rule, or regulation adopted on or after January 1, 2012.”   On the Senate side, Republican Richard Black is a co-patron of HB77.

With HB385, Marshall tries to further tie the hands of Virginia state agencies and localities and by proposing legislation that would prohibits any political subdivision of the Commonwealth, including a locality or school board, from enacting an ordinance or adopting a regulation prohibiting discrimination on any basis other than race, color, religion, sex, pregnancy, childbirth or related medical conditions, national origin, age, marital status, or disability.  The result? No anti-gay bullying policies in schools, and no local or agency level non-discrimination policies that would protect LGBT Virginias form discrimination.

As a former Republican myself – I was the incorporator of the Republican Party of Virginia Beach when it incorporated nearly 20 years ago and was its first registered agent – what disappoints me most is the manner in which pandering anti-gay politicians care nothing about the damage and harm that they do to LGBT individuals and their families, including their children. These Republicans claim to support “family values,” yet they only value certain families while the rest are disposable.

Constant demonization of LGBT individuals by “conservative Christians” and their acolytes in the Republican Party cause emotional and psychological damage that is all too real.  And even the victory on the same sex marriage front this year does not magically erase all the psychological scars that many of us carry.  Indeed, the widespread legal discrimination that so many LGBT individuals continue to face continues to remind us of the fact that in the eyes of far too many, we are inferior or unworthy of equal rights and dignity.   Personally, I spent decades in the closet before finally admitting to myself that I was gay – something that many in my generation seemingly did – and then struggled mightily to adjust to this new reality.  The adjustment for me entailed years of therapy to undo religious brainwashing and constant societal messages that I was inferior if not outright evil, or “inherently disordered” to quote the position of the Roman Catholic Church in which I was raised.  My LGBT blogger friend, Alvin McEwen, summed up these scars well in a recent piece in Huffington Post: After I realized that I was gay, that dream [of marriage and a family] dissipated because at that time, very few thought of gays having families and children. All of the messages drummed into me by society was the quite the opposite.  . . . . Needless to say, it devastated me. It was a nasty message sent to me that because I am gay, I am inferior. That I don’t get to pick my life’s paths. That I was not worthy of having a family, nurturing or raising children — not because I didn’t prove myself of being capable — but because someone else had already decided for me. . . . there is a part of me who is still that young gay man with a void unfairly carved into his heart by the ignorance and religious self-righteousness of others and their audacity to make decisions about my life.

No one should have to hold such feeling and emotional scars.  I am one of the lucky ones who have belatedly put such feelings behind us.  Yet, many so-called “conservatives” continue to seek to impose such soul killing messages, seemingly care nothing about the harm that they do to others.  Some do it for political advantage or cowardice when it comes to standing up to The Family Foundation.  Sadly, some do it because they bear open animus towards gays and/or hide their own psychological issues behind a smoke screen of vitriolic homophobia.

On the positive side, this session of the General Assembly will also see some progressive bills introduced that, if passed into law, would not only grant increased LGBT equality under the law, but make Virginia a more welcoming place for new businesses and their employees.   On the Senate side, Senator Adam P. Ebbin (D) has introduced SB10 to repeal Virginia’s statutory provisions that wrote marriage discrimination into the law.  In SJR9, Senator Mamie Locke (D) seeks to begin the process of formally repealing the unconstitutional Marshall-Newman Amendment that tainted the Virginia Bill of Rights by writing anti-gay discrimination into the Virginia Constitution.  Yet another Democrat who will be introducing legislation to move Virginia forward and enhance equality for all is  Del.-Elect Mark Levine (D-Alexandria) – who is openly gay – who will introduce bills calling for prohibiting discrimination based on sexual orientation and gender identity in the areas of employment, housing and public accommodations.

The big questions are (i) how many Republicans in the Virginia General Assembly will jump on the Bob Marshall bandwagon and back his poisonous bills, and (ii) how many Republicans will follow the improving example of Senator Frank Wagner and stop slavishly kissing the ring of The Family Foundation and religious extremists who care nothing for the rights of other citizens.  These later folks talk a great deal about “religious freedom,” but they want it only for themselves.

Elections matter.  So does political engagement. The main way that readers can counter the forces of reaction and extremism is to contact their representatives in the House of Delegates and the Virginia Senate and making it clear that they oppose bills like those introduced by Bob Marshall and support bills like those introduced by Senators Locke and Ebbin and Del. Levine.  Together, we can make Virginia a better place for all Virginians.  Future columns will review which direction wins out during the course of the General Assembly session.