Feelin’ the ViBe in Virginia Beach 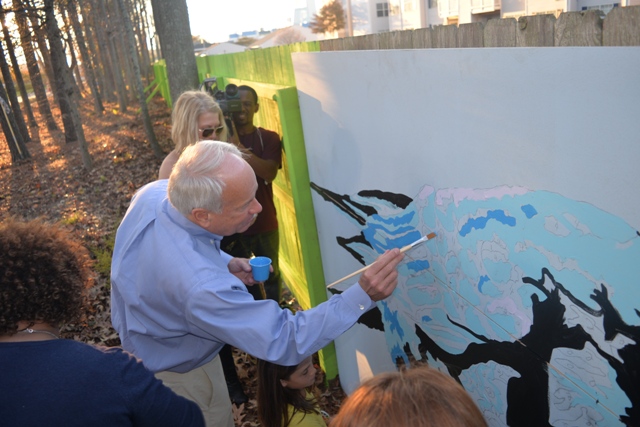 Business owners and supporters of the emerging ViBe district in Virginia Beach paraded through the 17th to 19th Street corridor to celebrate its November First Friday event and the unveiling of a mural fence on 18th Street.

Mayor Sessoms said he was pleased to see the community come together to transform the area.

“I’ve lived here my whole life and I do remember this area being filled with car dealerships and entertainment venues,” he said. “It’s starting to come back rapidly.”

Unlike other cities where official arts districts are designated, Virginia Beach’s ViBe is purely organic. The district will also see a new distillery – Chesapeake Bay Distillery – open in November and a brewery may be in the works.

Sessoms believes the district will be an added bonus for tourists visiting the resort strip.

“I believe art has always been a draw for tourism,” said Sessoms. “I think have an art district like this is going to be well received by the citizens of Virginia Beach as well.”