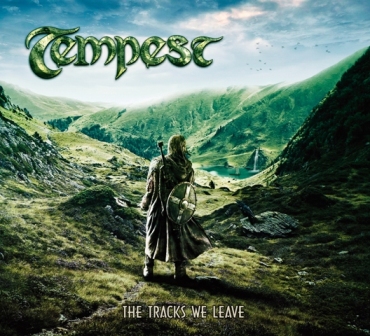 “The Tracks We Leave”

Tempest, those pirate-clad, swashbuckling progressive Celtic rocking musicians based in the San Francisco Bay area, have set sail with what is arguably the veteran group’s most bountiful collection of tunes. Throughout the 11 “tracks,” Tempest weaves a seamless mixture of traditionally-rooted Irish, Scottish and Norwegian music with ‘70s-era rock. As musicians, the quintet shines song after song. Where the opening “Rantin’ Rovin’ Robin” entices the listener to sing along and the fiddle-fest of “The Leitrim Set” demands a jig be danced, the flute played on “Fog of the Bay” recalls Jethro Tull influences and “Ganesh” visits the sonic spices of Caribbean flavor. The title track, highlighted with unison harmonies and a mystical opening, and “The Brown Coffin” represent Tempest at its most epic.

“The Tracks We Leave” is a musical journey well worth exploring. – Jeff Maisey