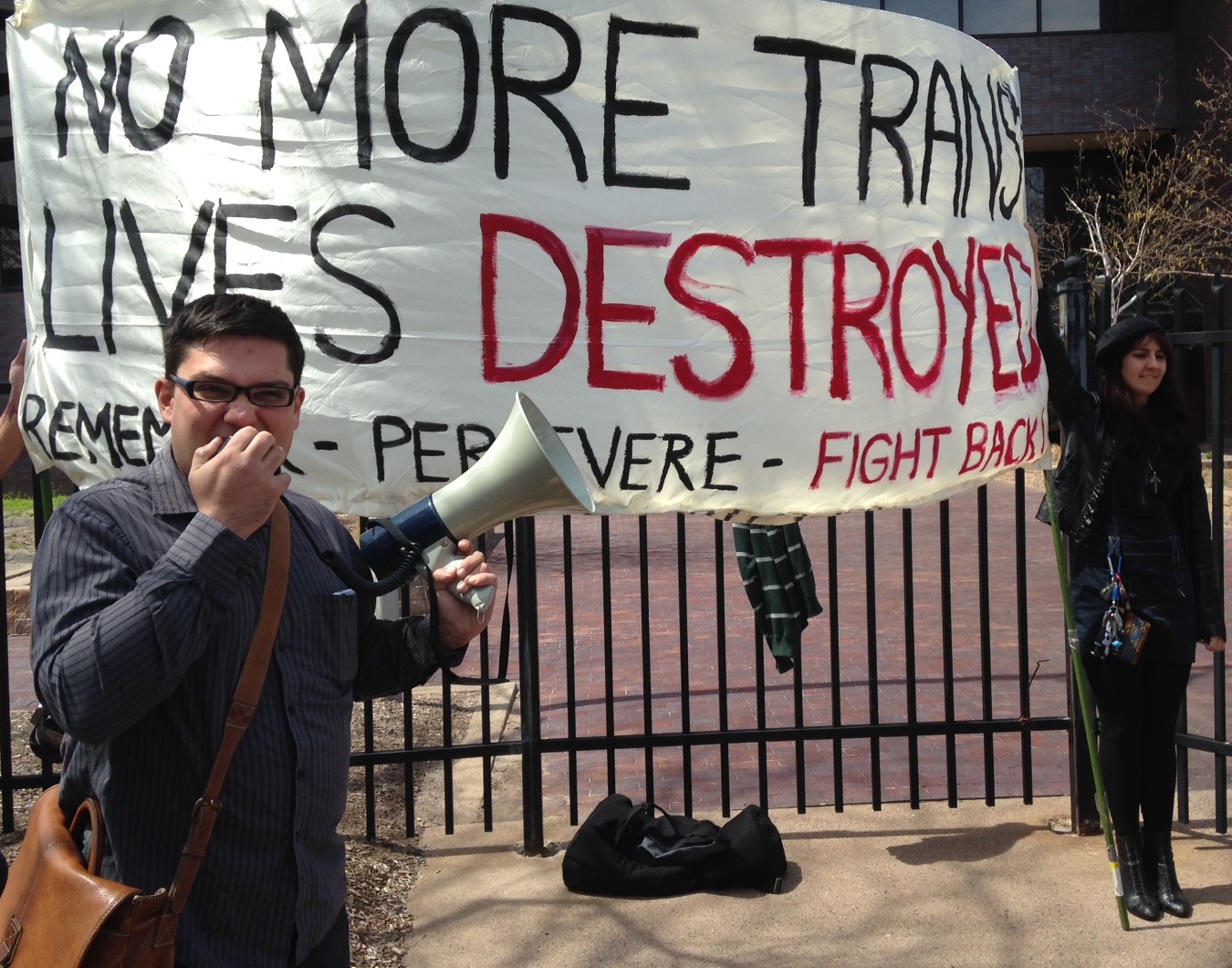 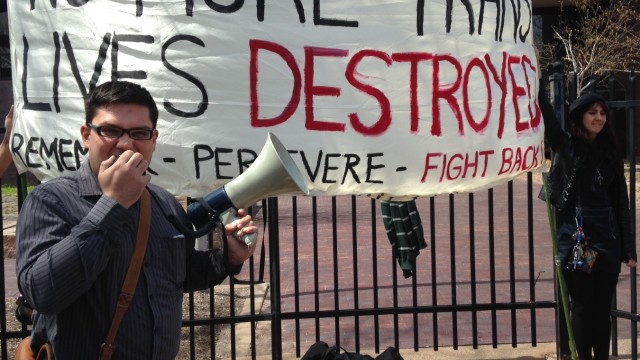 Last month President Obama indicated that he intends to sign an executive order barring employment discrimination by government contractors in light of the Republican controlled House of Representatives’ obstruction of any considerate of the version of the Employment Non-Discrimination Act (“ENDA”) already passed by the U.S. Senate.  At the Democrat National Committee LGBT Gala in mid-June, the president went on to explain his reasoning for taking this action:

Congress has been considering legislation to protect LGBT workers for decades. I want you to understand — for decades. Last November, it finally looked like we were getting somewhere. The Senate passed ENDA, the Employment Non-Discrimination Act. It had strong bipartisan support. But shockingly enough, the House refused to act. Meanwhile, millions of Americans are still waiting. It’s been decades.

The majority of Fortune 500 companies, small businesses already have nondiscrimination policies that protect their employees — not just because it’s the right thing to do, but because it helps them attract and retain the best talent. They’re right. We don’t benefit as a country or an economy — businesses don’t benefit if they’re leaving talent off the field.

And that’s why I’ve directed my staff to prepare for my signature, an executive order prohibiting discrimination by federal contractors on the basis of sexual orientation and gender identity. (Applause.) Because in the United States of America, who you are and who you love shouldn’t be fireable offense.

Even though the text of the proposed Executive Order has not even been released as of the time  this column is being written, the opponents of equality are already shrieking.   Senator Orrin Hatch has demanded that any such Executive Order contain a broad religious exemption which, if like that contained in the Senate version of ENDA, would basically allow those professing “deeply held religious belief” to discriminate at will against LGBT employees.  Stated another way, such an exemption would place religious based bigotry above the law and grant special rights to those whom I refer to as the Christofascists – and by extension, even Muslim fundamentalists, something I suspect the Christofascists have not thought through.

The larger problem with such an exemption is that it bears no relation to the intention behind the First Amendment of the U.S. Constitution which sought to guarantee that no citizen would be forced to support a religion that they did not adhere to or find limitations placed on their right to freely worship.  In fact, such exemptions would allow the Christofascists to trample of the religious freedom rights of LGBT citizens who have a constitutional right to NOT adhere to Christofascist or by extension far right Muslim beliefs.

With the acceptance of gays and lesbians increasing at remarkable rates – the latest polls show 56% of Americans supporting same sex marriage – to generate the most opposition possible to  President Obama’s executive order, the Christian Right – the members of which are in my view neither Christian nor right in my view – will without a doubt double down on their favorite targets to whip up anti-ENDA hysteria: those among us who are transgendered.   As Right Wing Patch and Patheos have both previously reported, President Obama’s executive order will be couched as a “war on Christians” and a “war on women.”   Why a war on women?  Because the “godly Christians” such as Liberty Counsel’s Mat Staver and Matt Barber (the dean and assistant dean of Liberty University’s law school) will maintain that employment nondiscrimination protections will subject women to harassment by “men in dresses” in rest rooms.  Here’s a sampling of the rhetoric:

President Obama and this Obama administration, talk about the War on Women, they have now officially made for federal employees sexual harassment the law of the land. … This creates an environment where now women cannot even comfortably use a bathroom or the showering facilities and locker facilities without fear that some man, leering man, is gonna be there in the locker room or the bathrooms along with them, and that is sexual harassment.

Is there any evidence to support such claims?  Of course not!  But when have these modern day Pharisees ever allowed scientific knowledge, objective facts or the truth to stand in the way of their theocratic agenda?  Yet, sadly, demagogues such as Staver and Barber, Tony Perkins of Family Research Council and Bryan Fischer at the American Family Foundation and many others will go to virtually any lengths to malign and disparage transgender individuals (and by extension the rest of the LGBT community) whose only real offense is that they do not conform to far right Christian dogma.  If the statements of Staver and Barber are not bad enough, hate group leader Linda Harvey, who has ZERO credentials in medical and mental health matters, has stated that “Satan loves trans rights.”

There is, however, another whole side to the issue of LGBT rights and transgender rights in particular.  In terms of sexual orientation, virtually every non-Christian Right funded medical and mental health association in America has concluded that sexual orientation is not a choice and is not something that is changeable.   Likewise, a growing body of medical and mental health knowledge recognizes transgendered individual as falling into a condition known as “gender dysphoria” – a condition where physical attributes do not match one’s emotional and psychological identity. To be transgender is not being out to “get one’s jollies” as alleged by the folks at Liberty Counsel and similar hate merchants.

Many readers may not understand what it is like to be gay in a majority heterosexual world much less understand the circumstances of someone born transgender.  I will admit that I cannot fully wrap my head around the concept.  But from those in the transgender community that I know personally and those whom I have assisted in securing amendments to their birth certificates after completing sex reassignment surgery, the ultimate truth is that all of us, gay, straight or transgender are all people with hopes, dreams, fears and trials in our lives.  None of us had any role in determining how we were born be it black, white, gay, straight, transgender or of Christian, Muslim or Hindu parents.  Yet too many of us judge others.  One of my favorite books and movies is “To Kill A Mockingbird” and a favorite passage of mine is where Atticus explains to Scout that “You never really understand a person until you consider things from his point of view…until you climb into his skin and walk around in it.”  If more of us could take that admonition to heart, the world would be a better place.

If one needs an image of transgender individuals to counter balance the ugliness that will be forthcoming from the Christian Right, two suggestions are trans actress Laverne Cox, star of the hit TV show “Orange is the New Black”  who I got to see in person back in April at an Equality Virginia event. Another is Ryland Wittington whose parents recently uploaded a video about their decision to support their daughter’s circumstances as a trans boy.   Do a Google search and watch the video.  If it doesn’t move you in a major way, I suspect nothing will.

The take away to quote one of my husband’s sayings is that we are all God’s children and none of is loved less or more than the next.  When you hear the “godly folk” or their political whores – generally in the Republican Party – slandering transgender individuals in an effort to block nondiscrimination protections, either walk away from them, or better yet, let them know that their bigotry will make you redouble your efforts to work for equality and work place nondiscrimination protections for all.