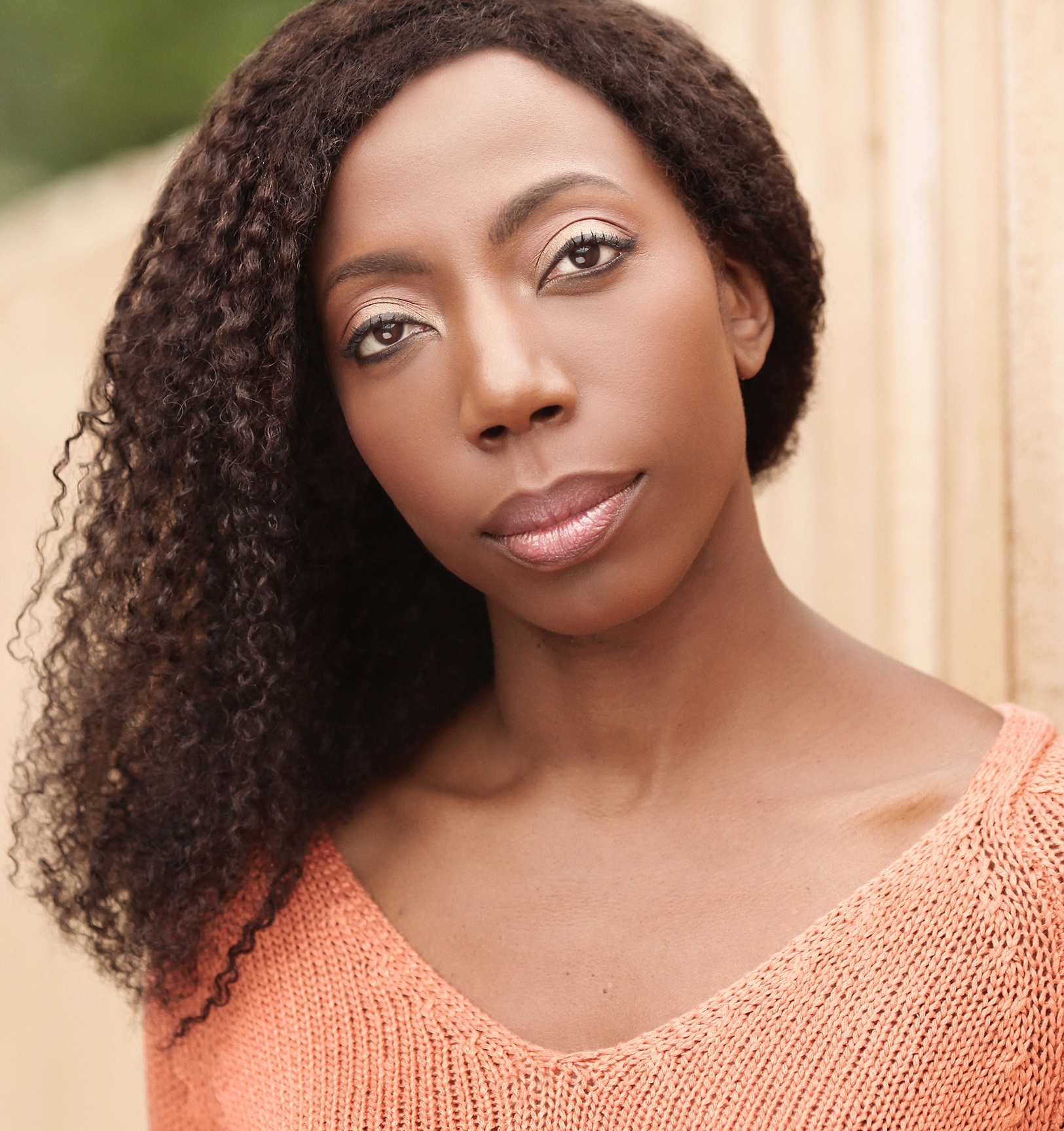 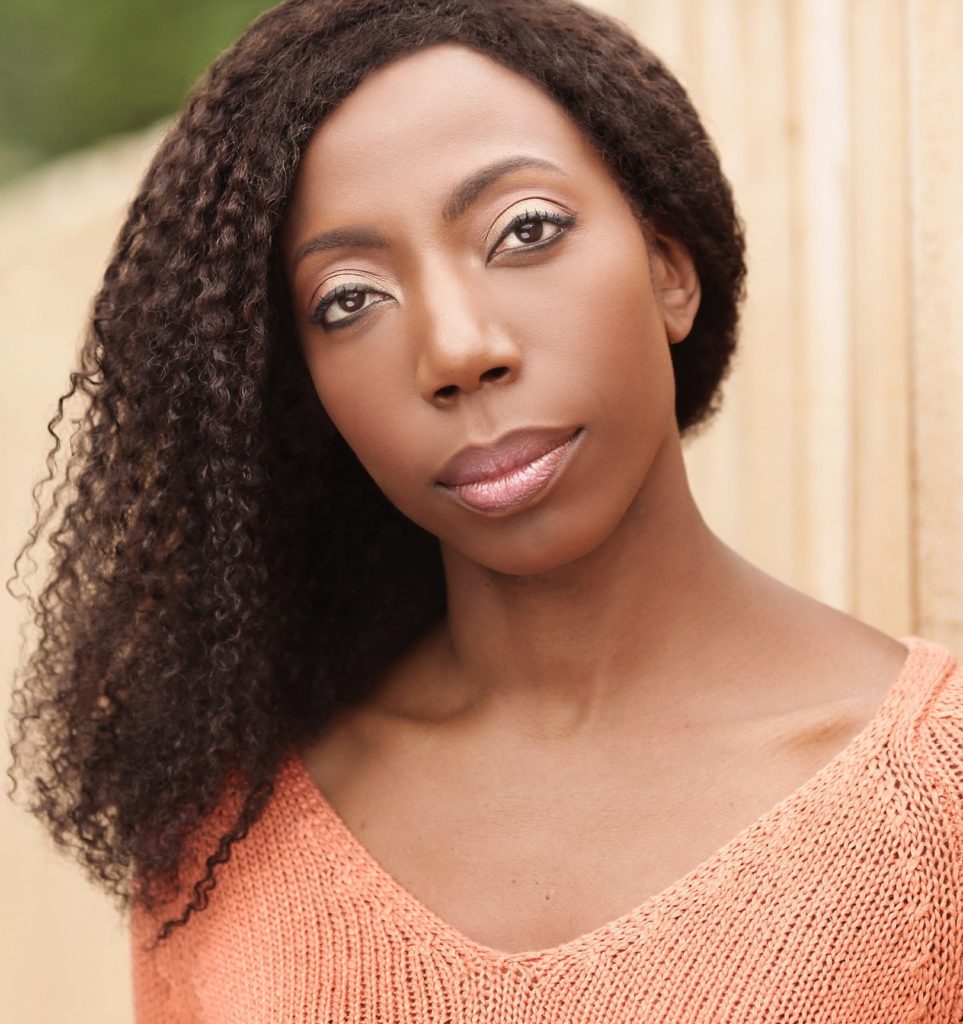 It takes only a few minutes of conversation with Los Angeles based writer/performer/director, Khanisha Foster, to realize that Virginia Stage Company’s producing artistic director, Tom Quaintance, made a very good decision in booking Foster to direct VSC’s latest production of its 39th season, Disgraced. The Pulitzer Prize-winning drama by Ayad Akhtar is a work that examines the complexities of race, heritage, and culture, which are all themes that Foster, who identifies as a mixed-race artist, have passionately explored in her theater work as both an actress and director.

Issues of race and culture have also informed Foster’s life as a mixed-race woman, with a father who was a Black Panther, and a Caucasian mother who dug and promoted African music. Their stories, individually and as a couple, added layers to Foster’s life growing in the suburbs of Chicago, that were both intriguing and quite unique. That background has helped her successfully steer productions of Toni Morrison’s The Bluest Eye, and Intimate Apparel, both at Cape Fear Regional Theatre, where she first met Tom Quaintance, who was then its artistic director. Tom knew that Disgraced was a good fit for Foster’s artistic aesthetic, and offered it to her after settling in at VSC.

“I had seen it very early, developing in Chicago, and then I’d seen it here in L.A.,” Foster tells me by phone, just a few days prior to the start of rehearsals here in Norfolk. “I’d read it and spent time with audiences, and watched audiences respond to it.”

“There’s a feeling of danger when the audience experiences it,” she says. Disgraced premiered in Chicago, back in 2012, and eventually played Broadway’s Lyceum Theatre in the fall of 2014. The one-act drama received universal acclaim, and earned a Tony award nomination for Best Play, in 2015. It won its Pulitzer for Drama, in 2013.

In this his first play, writer Ayad Akhtar places two couples at a dinner party in New York City’s Upper East Side. The couple hosting the dinner at their residence, Amir and his wife Emily, are a Pakistani-American lawyer, and an artist interested in Islamic works, respectively. They are joined for dinner by Amir’s African-American co-worker, Jory, who is also an attorney, and her Jewish husband, Isaac, who is an art dealer. What starts off as a friendly dinner conversation amongst liberal elites—turns into a highly unhinged evening where secrets are revealed, and numerous lines are crossed, which deeply impacts the relationships of both couples.

“It’s the play about things you can’t take back,” Foster explains, later in our conversation. “There are multiple places in the play, where it’s like, ‘you can’t take that back…that’s happened now.’ And it doesn’t matter how much of the other good stuff you have, once you’ve crossed the line.”

Foster is new to Virginia Stage Company, and so is her cast. Amir is being played by actor Rom Barkhordar; Anna Sundberg plays his wife Emily, while actress Joy Jones plays Jory, and her husband Isaac is portrayed by actor Simon Feil. Taha Mandviwala occupies the supporting role of Abe. “I just think they’re great,” Foster enthuses about her cast.

“In this particular play, it behooves us to have actors that are not just killer at what they do—which is of course so important—but they also understand the world these characters live in.” She mentions that each actor blew her away in their audition. “It’s not just about how good you are, it’s about how good you make your peers.”

Foster, who recently wrote and starred in a solo show, Joy Rebel, which was directed by the legendary Lou Bellamy, is excited to delve into the real human dynamics of these relationships that will be portrayed on stage at the Wells, in Disgraced. “I’m most excited about showing how they love each other,” she says. “I’m not interested in ideas…I’m interested in authentic relationships, and how messy that can get, and how quickly.”

Disgraced works so well in part because of the messiness of the characters, in terms of what they say, and other choices that they make, before and during the dinner. Akhtar’s dialogue is sharp and realistic, while his creation of Amir as a Pakistani-American, who is conflicted over his Muslim religion, brings a new character perspective to the Great White Way, and American theater as a whole.

It all makes for fertile ground to explore in a VSC production, as the company heads toward the close of its current season, following Crowns, and prepares for its highly ambitious fortieth season. Foster’s work as a director fits right into either one.

“Much of what I direct is about cultures colliding, and what happens. She loves him, but she also loves the culture, and where are the lines?”