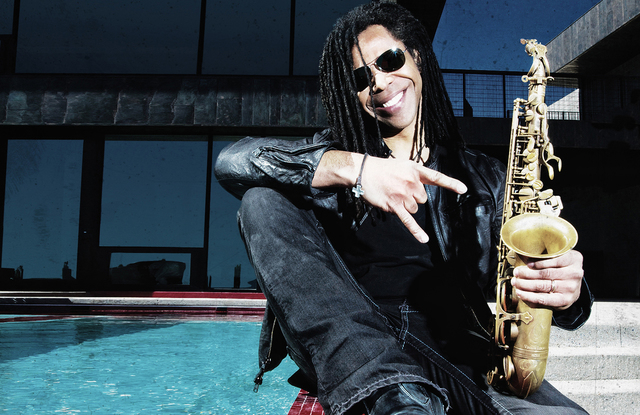 Smart music lovers still enjoy listening to jazz. Sure it might not be reflected by overall music streams for the genre, or in whatever constitutes album sales these days—but it is certainly reflected by the continued popularity of “jazz” festivals, both stateside and internationally. These jazz festivals, which are often outdoors and actually multi-genre, are perhaps even more important to artists these days, as they are one of the few remaining ways that a jazz artist can realistically reach a large audience with new music.

And jazz festivals have been around for a very long time. Back in June, the 41st annual Playboy Jazz Festival, which is one of the world’s most esteemed and popular jazz festivals, featured jazz music stars like trumpeter Terence Blanchard. While the 53rd Montreux Jazz Festival, which featured performances spread over two weeks earlier this summer, included the likes of vocal dynamo, Bobby McFerrin and pianist Chick Corea.

Here in Hampton Roads, it’s been 52 years of the popular Hampton Jazz Festival, which featured smooth jazz legends, Gerald Albright and Najee for its 2019 festival, alongside R&B stars like Maxwell. For Norfolk, its upcoming 37th annual Norfolk Waterfront Jazz Festival is being touted as the longest-running outdoors jazz festival in southeastern Virginia (NOTE: Die to weather the festival will be held at Norfolk Scope). This year’s line-up includes smooth jazz & R&B stars like Sheila E., Brian McKnight, Lindsey Webster, Everette Harp, Peter White, and legendary smooth jazz saxophonist Paul Taylor. Taking place in downtown’s Norfolk Scope, with all of its waterfront ambiance, the two day festival should provide adult music fans with a music event that they can actually enjoy.

Speaking of enjoyment, saxophonist Paul Taylor, who will perform at the Norfolk Waterfront Jazz Festival on Friday, August 23 as part of a sax trio that also includes Michael Lington and Vincent Ingala, still enjoys performing for audiences both big and small, after some 20 plus years as a major name in smooth or contemporary jazz. “We put this package together late last year…Michael and Vincent…we took flight pretty good, and got it off the ground. It’s doing really well,” Taylor says, regarding the success of their Sax To The Max trio.

“We all have our own solo careers, and we get together to do this too. It just adds to the fun,” continues the Denver native, who now resides in Las Vegas with his wife. We discuss that and more, during our phone conversation earlier this week.

“I’m really grateful that I came out when I came out, like in the mid-nineties, while smooth jazz was kind of in its heyday,” he tells me, in reply to my question about the state of jazz music, and how he deals with the major changes in music consumption. Despite its challenges, he still asserts that he’s optimistic about the outlook for veteran musicians like himself, as well as the younger artists who embrace the independent model for distributing their music.

Taylor debuted on the national music scene in 1995 with On the Horn. Many successful albums and singles followed that debut, including 1997’s Pleasure Seeker and 2005’s Nightlife. His latest Top Ten jazz release is 2016’s Countdown, which encompasses elements of multiple genres, including EDM and reggaeton. It was released on Peak Records/eOne. Taylor’s music, though classified as “smooth jazz,” is known to be quite eclectic and rather adventurous. He tells me that there are no immediate plans for a new album, but he hopes to begin the process of birthing new music, later this year.

Late in the conversation, I ask Taylor what are the hits that his fans have to hear in concert. “People like to hear ‘Pleasure Seeker’ of course,” he says. He then goes on to mention “Hacienda,” from 2003’s Steppin’ Out, and “Exotica,” which is a classic hit from his mid-nineties debut. I mention really enjoying his cover of Janet Jackson’s “Velvet Rope,” which was featured on his 2000 release, Undercover. That one wasn’t really a single, and so it doesn’t receive a lot of requests, but he enjoyed making it, he says.

Taylor will be back in Hampton Roads in November for a Jazz Legacy Foundation concert in Hampton. He tours regularly, which brings him here on occasion. Performing for lovers of his music, motivates Taylor to keep performing and creating new music.

“I’m playing my own music, which is so personal, that I’ve co-written or written over the years, that people have supported. And they’re right there looking at me play, listening to me, bobbing their heads and tapping their feet…and me getting to play it over and over again, reconnecting every concert. That’s the greatest.”