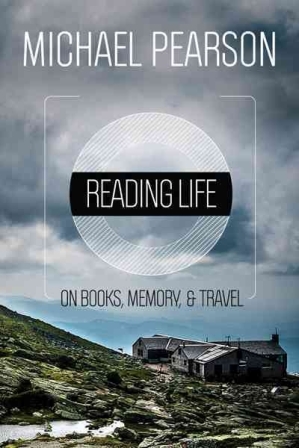 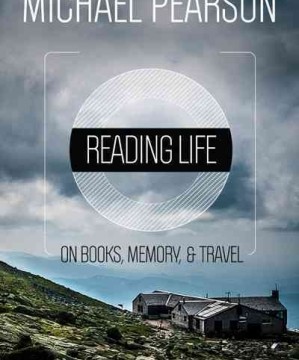 Books are the best of things, well used; abused, among the worst. What is the right use?…They are for nothing but to inspire. ~ Ralph Waldo Emerson.

The great essayist Anne Fadiman once spoke for all true bibliophiles when she wrote, “the heart of reading [is] not whether we wish to purchase a new book but how we maintain our connections with our old books—the ones we have lived with for years, the ones whose textures and colors and smells have become as familiar to us as our children’s skin.”

My friend and colleague Michael Pearson, professor of creative writing at Old Dominion University, is that kind of reader. “Most people can point to a song that acts as a ligament of memory, connecting the present to a near-forgotten incident or person from their past,” he writes in his new memoir, Reading Life: On Books, Memory and Travel. “I can trace my life in books. I see the worn red cover of the collected poems of Percy Bysshe Shelley in the back seat of my 1966 Pontiac Tempest…. I can feel the bulky copy of…The Grapes of Wrath in my hand as I gazed out at the spumes of white water on Shinnecock Bay in Long Island….I can track my failures and successes, my yearnings and lost loves, my journeys and dreams by the books I was reading at the time.”

The title of his memoir, in other words, has a double meaning. It is a book about books and the multitude of pleasures that they can provide. But it is also a book about one man’s effort to experience and understand life to the fullest—for in spite of Pearson’s love of books, he is no bookworm, as Emerson called people who live entirely within the pages of other people’s writing. He is also a man for whom books have been catalysts of adventure.

“Books,” he proclaims in the prologue, “quite literally saved my life. Without them, I would have never found my way out of the fog and ruin that was the Bronx of my childhood.” (His earlier memoir, Dreaming of Columbus, describes that childhood and his eventual escape.)

He did more than find his way out of that fog and ruin. He has traveled the world, using books as both motivation to do so and lenses that help him see and understand more clearly the people and places he has encountered.

Take the first essay in this collection, for example. In its opening lines he reveals that his “dreams of New Mexico” started when he was about 10 years old after his mother gave him a children’s edition of a biography of Kit Carson. The book spurred “thoughts of high adventure and wanderlust with the mountain men of the frontier West,” he writes. 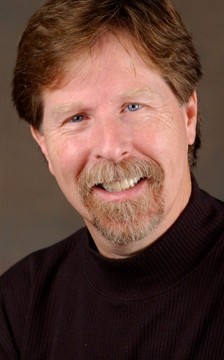 Perason doesn’t use the word wanderlust lightly. In recent years he has taken not one but two journeys around the world by ship. But his love of American literature has also motivated him to travel extensively in the United States. It was inevitable, given his love of that Kit Carson biography—and subsequently, Willa Cather’s Death Comes for the Archbishop—that he would eventually visit the places described in those volumes. A two-week retreat at an artists colony in New Mexico gave him the opportunity.

“Carson’s ghost [kept] nudging me forward,” he writes. “For weeks, each day after I finished writing…, I was the walking man of Taos. Every afternoon I tramped…past the open fields and dirt driveways, the adobe houses and barking dogs and the majestic ridged trunks of the hundred year old cottonwoods that lined the way….” In the course of his walks he encountered both the living and the dead. Among the living were the patrons of “an old hippie establishment” that he frequented: “women in long, flowered dresses…and men with gray pony tails” who passed out “petitions against sweatshops in third-world countries.”

At Kit Carson Park and Cemetery, meanwhile, he confronted the spirits of Carson and other figures of the past. He writes, for instance, of a monument to a man named Arthur Rochford Manby, “a transplanted Englishman…who came to New Mexico in the 1880s. He was a swindler, possibly a murderer, and he ended up dead and decapitated…most probably a victim of one of his victims. For some reason, the town fathers thought it was a good idea to put up a marker and a plaque to his name.”

Passages like this—descriptions of curiosities bordering on the bizarre—represent one of the great strength of Pearson’s memoir: his eye for details that capture a sense of place beyond the superficial and sentimental.

Not all of the chapters in the book deal with the American landscape and its literature. There is, for example, a meditation on the idea of the pilgrimage, inspired by a two-week journey he took with his wife and some college students on the Camino de Santiago in Spain, where he hoped to have an experience “akin to Chaucer’s tale-fueled Canterbury excursion.” In the course of the chapter he considers not only Chaucer but, not surprisingly, Cervantes and Don Quixote.

The book also includes chapters about Morocco, Egypt, and Dublin (through the lens of Joyce, of course). But eight of the 12 pieces in Reading Life focus on America and American authors: “Beyond Rockaway (F. Scott Fitzgerald and the Hamptons)”; “A Place That’s Known (E.B. White and Maine),” and “A Sojourn in the South (Walker Percy and Georgia),” among others.

It will come as no surprise to anyone who’s familiar with my own essays that my favorite piece in Reading Life is the one dealing with Thoreau. In this case, Pearson focuses not on Thoreau’s Concord but on a cottage in the Catskill Mountains of New York, where he conducted his own Thoreauvian experiment. Thoreau would have approved, I think, for like his mentor, Emerson, Thoreau didn’t want people to follow too closely in his own footsteps. He urged them to find their own paths.

Nonetheless, Pearson went to his cottage “with Thoreau in mind,” he writes, hoping to have his own “encounter with the essential facts each day might offer….”

Books, he concludes at the end of the chapter on his Thoreauvian experiment, have never “isolated [him] from the frenzy and confusion of life but rather opened the mystery and beauty of living each day. In books, in the imagination and memory, the world is held in place as experience streams by….” As such, they help us “remember what is important in the world, what should always be consequential.”

Books have certainly done that for me—and if you’ve read this far, I suspect they have for you, as well. With that in mind, I recommend that you pick up a copy of Reading Life. You never know where it might lead you.

ODU Bookstore will have a signing at noon on Tuesday, April 7.  The bookstore is on Monarch Way.

The Prince Books reading/discussion will be on Saturday, April 18 at 4:00