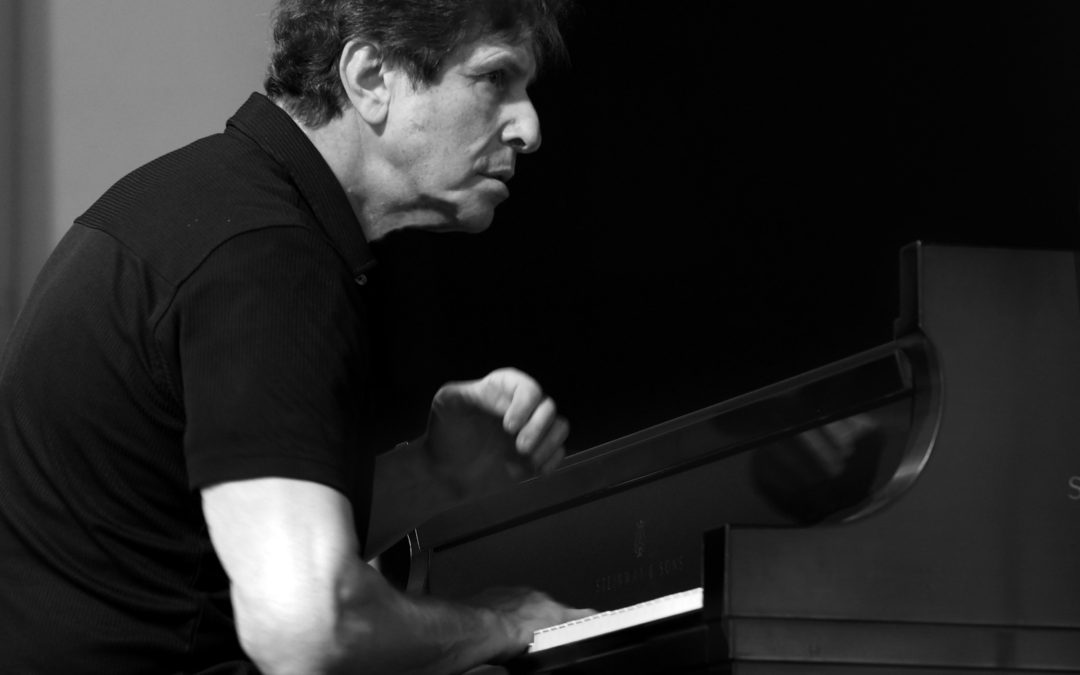 I wish I could live

in that place of ecstasy

in that malleable moment

These are the times that try our sanity for reasons I usually write about and that I will continue to write about. How does one find peace of mind amid the perpetual cyclone of political insanity and the terrible realities that bombard our spirits every day? For me, what works is listening to music. Particularly to the pure creative improvisation of jazz. When I say “jazz” I mean the kind of music played by Thelonious Monk, Miles Davis, Dexter Gordan, Art Blakey and Jazz Messengers, John Coltrane, Eric Dolphy, Charles Mingus, Ornette Coleman and many others of that genre. This is serious music for serious listening but beautiful and deeply rewarding. For me, creative improvisational music is akin to meditation in that it overcomes my internal dialogue and takes me to a deeper peaceful place. Beyond the confines of modern jazz is pure creative improvisation unleashed from the referential skeleton of song.

We are fortunate to have a master of creative improvisational music in our area, though he mostly plays elsewhere including Europe, Canada, Russia and in cities like New York where he finds appreciative audiences. Though rooted in the phrasing of advanced modern jazz, his creative music explores the deeper consciousness of tonality and the possibilities of music. As Nat Hentoff wrote in response to his music, “Intellect connects with feelings and desire… a musician in full communication with himself and others.”

As stated on his website: Determined to push the limits of the piano to techniques never heard in jazz, Joel began a 25-year regimen of practicing 8-10 hours a day. During this period, he developed a three-hand technique based on completely autonomous playing between the hands. With more than 80 recordings, he is considered one of the most innovative yet enigmatic new music pianists.

As record producer Charles Lester writes, “Pianist Joel Futterman is recognized internationally as one of the foremost pioneers in the musical genre of free jazz and collective improvisation. A native of Chicago, Illinois, Futterman resides now in Virginia Beach, Virginia. He began studying classical piano at an early age and grew up playing some bebop, blues and standards in Chicago’s after hour jazz clubs. Joel quickly migrated to freer and less structured forms of musical expression. Futterman stamps his own unique personality on his music by combining adventurous voicings, impassioned energy, and spectacular masterful technique. Joel has performed around the world with many jazz greats including Jimmy Lyons, Alvin Fielder, Joseph Jarman, Richard Davis, Edward “Kidd” Jordan, Hamid Drake, Ike Levin and many other noted jazz artists.. For Joel, technique is invisible. It is only the means for total expression unencumbered by physical limitations. Describing his approach to improvising, Futterman has said he anticipates only one or two phrases ahead of what is he is playing—the third phrase becomes clear only as he begins his second phrase. His improvisations unfold unpredictably, yet are guided by a strong sense of purpose and coherence.”

About his most recent album, “Pathways” critic Marc Medwin writes in the liner notes, “I was privileged to be there as the music took shape. I remember the sheer beauty and power of the instrument as the spacious room was alternately swathed and rocked. I remember the slow ascent as the second piece moved from vast sustains, through semidetached phrases like nuts and bolts in twos and threes toward the most dynamically diverse clusters and melodies imaginable, scaling heights to descend again to fragrant plains of near-silence. I remember the motivic recurrences, the stylistic returns and retrogressions, rendering preconceptions superfluous. Mostly, I remember the suspension of time, the transcendence of anything tying the music to temporal space save the flow of ideas. All sense of distance was subsumed in shade, period, line and stroke. Major, minor, and pentatonic entities reference the many and varied traditions that have informed Futterman’s playing, but they are subservient to a spontaneity all his own.”

In appreciating what Joel Futterman does, I thought in the interest of sharing it with you, that I would ask him a few questions.

Though improvisation is essential to jazz could you clarify the difference between creative improvisation as you do it and “free jazz” or just making it up spontaneously?

I prefer to avoid the term jazz much less free jazz. Free Jazz is essentially random playing without resolution or direction. Every phrase of my music has a resolution. It is not random expression. I think of what I play as creative music. This music, though created in the moment, is guided by listening. It has implied rhythm with phrasing, connections and resolution. If listeners approach this music without preconceptions and with an open mind, it may take them somewhere. When I’m playing with other musicians we are playing for the love of creative expression. Listening is a big part of it. I play this music because I love to do it.

I know that for myself, this music feeds my spirit. Is there a spiritual aspect to your playing?

There is a sense of being relaxed and focused. There is, for me, a beautiful feeling of spirituality in playing not knowing where it’s going but, there is a coherence based in deep listening. For me, it’s all about feeling.

I know you have toured many countries, made over 80 records and CDs and written a few books. Also you composed and played the music for the documentary, “Birthright.” How can people find your music?

I am working on a book called “Creative Patterns” about the interrelation of the 12 tones to each other. If people are curious, books, CDs, listening samples and information about me can be found on my website at: http://www.joelfutterman.com/