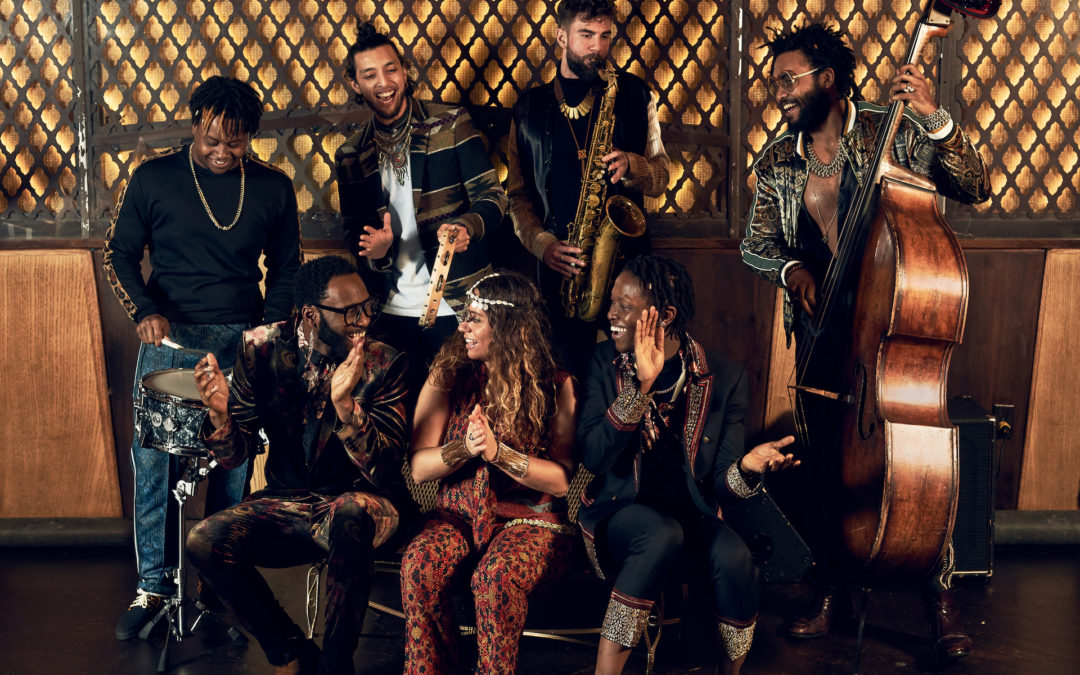 Norfolk’s Attucks Theatre, a historic gem, celebrated its centennial earlier this year, with a well-received documentary and anniversary programming that continues throughout this year. My cover story for Veer Magazine, published this past February, details the history of the theatre popularly known as “The Apollo of the South,” which during its heyday, hosted many of the greatest black artists of the early 20th century, including Duke Ellington and Ethel Waters.

The Apollo Theater, with its own storied legacy, celebrated its own 85th anniversary this year. It is one of the many landmarks found in Harlem, the historic New York City neighborhood that was home, in the 20th century, to perhaps the most celebrated period of African-American creative, cultural and intellectual output and expression—the Harlem Renaissance. This iconic period, which most historians generally agree began just prior to the 1920s, peaked in the twenties prior to the stock market crash of 1929, which led to the Great Depression. Elements of the Renaissance, nevertheless, continued into the 1930s.

Harlem 100 is a multi-media show that celebrates the music artists, writers, dancers and intellectuals associated with the Harlem Renaissance, including Langston Hughes, Fats Waller, the aforementioned Duke Ellington and Billie Holiday, who played Harlem nightclubs during the latter years of this period. A collaboration between the National Jazz Museum in Harlem and JMG Live, and hosted by music artist Michael Mwenso, who performs with his band, The Shakes, the variety style show will be playing venues throughout the US, including Hampton’s American Theatre on October 19.

I talked to the Harlem-based Mwenso for this story, and he revealed that there were still a lot of details to solidify about the show. He was certain though, that the show would have some sort of script that would contextualize the music that he and his band would perform from the artists of that time period—people like jazz pianists Jelly Roll Morton and Fats Waller. Besides The Shakes, there is also jazz singer Brianna Thomas, and other collaborators who will be performing, including dancers.

“Through developing and curating shows and programming, we were always dealing there with this part of the music, whether it was Duke Ellington’s music, Fat Waller’s music…from a musical standpoint of the Harlem Renaissance,” he says. “It was something that we were doing all the time.”

Mwenso was born in Sierra Leone, but spent his formative years growing up in London. He is a singer and musician, who worked with icons like James Brown, during his early years back in London. Here in the states, Michael worked at Jazz at Lincoln Center with Wynton Marsalis, programming the institution’s late night jazz shows. Currently, he is lead singer and bandleader of Mwenso & The Shakes, a band that is earning raves for their gumbo of black rooted music, which includes jazz. Their debut album, Emergence: The Process of Coming Into Being, was recently released this year. Michael tells me that they are still trying to decide if any of their music will be included in the Harlem 100 shows.

The impact and iconography of the Harlem Renaissance continues to be felt in today’s world. Writer and scholar Jeffrey C. Stewart won the 2019 Pulitzer Prize in Biography for his work, The New Negro: The Life of Alain Locke. Alain Locke is considered the “dean” of the Harlem Renaissance. It was his work, The New Negro, which came out in 1925 and included works of younger Harlem writers including Langston Hughes and Zora Neale Hurston, which both popularized and contextualized the movement. And it’s worth noting that there were similar movements outside of Harlem, during the 20s and 30s, that brought together a range of black creative expression and artists, though none became as iconic as this period in Harlem’s history, which Harlem 100 commemorates. Mwenso would later explain the show’s edutainment value.