VIEWPOINT: The Joy of Eating Safely 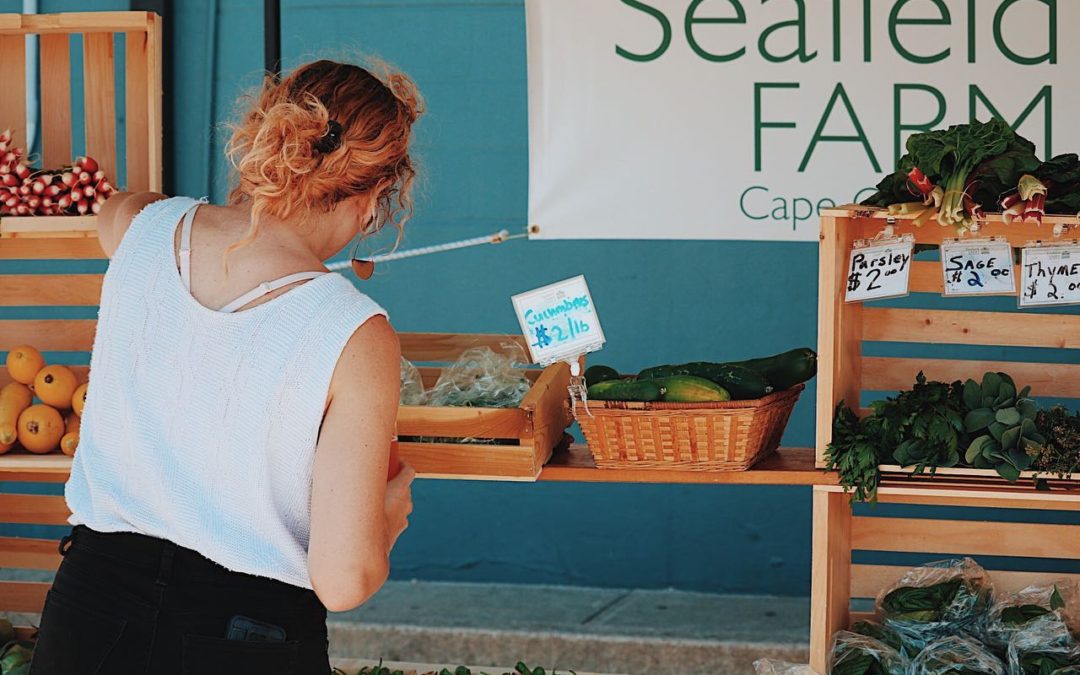 Good food is one of life’s greatest pleasures. Due the obstacles of expense and food allergies, I tend to eat at home. I am a creative cook, combining flavors, herbs, spices and condiments from around the world, always in search of new tastes. My food allergies aside, grocery shopping has become more of a challenge for me. Since the Fukushima nuclear disaster, I’ve avoided seafood from the Pacific and often wish I had a Geiger counter when perusing the seafood counter. The pollution of our seas has made me more wary of all seafood. But isn’t just the fish and shrimp and I worry about. The shiny, plastic-encased, overly packaged products on store shelves offer a siren song of tempting delights tainted with an array of dangerous chemicals.

A recent series in The Guardian called “Toxic America” is informative regarding many of the hazards we face, due in large part, to inadequate food regulations often written by chemical and agribusiness industries. As stated in the series, American groceries often contain added substances that are more tightly regulated – or simply banned – in many other countries.

As a piece in this series describes, the amounts found in nearly half of the meat and fish tested by researchers were at least double the federal advisory level for perfluoroalkyl substances, or PFAS used for a variety of industrial purposes. PFAS cause ulcerative colitis, liver problems, low birth weight and cancer. An FDA report found much higher levels in commercially made chocolate cake, with PFAS levels of more than 250 times the federal guidelines.

PFAS have been in production since the second world war and are most widely used to make Teflon and other non-stick cookware, food packaging, microwave popcorn bag linings and pizza boxes. The ubiquity of PFAS, also used in furniture, cars and carpets as a flame retardant, means they are inside most of us, as well as in the drinking water of about 16 million people in the US. These compounds have been dubbed “forever chemicals” because they take thousands of years to degrade, and because they accumulate in our bodies.

Other carcinogens in commercial foods include potassium bromate, azodicarbonamide, glyphosate insecticide (Roundup) residues, and food dyes. Glyphosate exposure is a known cause of non-Hodgkin’s lymphoma. Dairy products are often loaded with growth hormones. As my stepdaughter once noted, she avoids buying anything if the list of ingredients is over one inch long or if she can’t pronounce them. I go with that advice and also look at sodium levels which are often high enough to pickle cucumbers. I can think of more enjoyable ways to get pickled and my body doesn’t need the salt.

A 2003 study by the US Geological Survey found that male fish in the Chesapeake Bay watershed had female egg cells in their testes. In a follow-up study, they found these intersex conditions in more than three-quarters of male smallmouth bass caught in parts of the Shenandoah and Potomac Rivers in Virginia and West Virginia. And it isn’t just fish. Though I firmly support recognition and equal rights for all genders and gender identities, I can’t help but think that the increase in gender fluidity we are seeing is connected to our exposure to endocrine disruptors over the last few decades. There is evidence that endochrine disruptors in our environment and foods are also a contributing factor in autism spectrum disorders. We are, as the old saw goes, what we eat.

When it comes to tainted and unsafe foods, pre-packaged, processed, ready to eat foods are the worst. Big corporations employ science to compete for the most irresistible, delicious and addicting products. They refer to this as finding and achieving the “bliss point.” This involves many chemicals including lots of salt, sugar, MSG, nitrates and an assortment of ingredients that you would need a degree in chemistry to even pronounce. An excellent article on this published in the New York Times Magazine called “The Extraordinary Science of Addictive Junk Food” is a fascinating read. You can find it online.

Now that you may be feeling a queasy sense of anxiety about your next trip to the grocery store, let me assure you that we have choices and can find relatively safe food. The safest items to buy in the grocery stores are the least processed and of course, organic. Though many of us live in neighborhoods devoid of stores, or “food deserts,” we are fortunate to live in an area where safe, organic, locally grown food can be found. I sometimes shop at the local Harris Teeter and have found that they have organic canned beans clearly labeled as being BPA free – and they are cheap! They, like other stores have a limited selection of commercial-grade organic produce. Beyond that we have local alternatives to the big-box corporate stores.

The physically stalwart and determined can take advantage of summer weather to grow our own organic veggies. You don’t even have to do it all yourself if you live in an area with a community garden. If you don’t you might consider talking to your neighbors about starting one or at lest sharing homegrown veggies.

For those who, like myself, have limited energy, gardening skills or a green thumb, we are fortunate to live in an area where safe local food is available. In Norfolk, we can to go to Westside Produce and Provisions at 5015 Colley Avenue for seasonal, locally grown produce. Local produce is also available at O’Connor Brewing co.in Norfolk on the 1st and 3rd Sundays of each month through October 6. Their website announces, “Visitors can expect to find fresh produce, pasture-raised meat and eggs, handmade sausages, cured country hams, fresh seafood, honey, baked goods, locally roasted coffee and other craft beverages, farm-grown fresh flowers and more.” This event is also connected to the Hampton Blvd. Farm Market, where the Church of the Good Shepard at 7400 Hampton Blvd. hosts a local produce market on Wednesdays 3-6 PM through October.

Conscientious carnivores can also find humanely raised local meats and some local produce at Pendulum Fine Meats at 820 Shirley Avenue in Ghent. Though not locally sourced, organic produce can be purchased in small or large amounts at the Organic Depot at 1912 Granby Street. They also have a location in Virginia Beach at 4301 Commuter Dr., #105.

Other local organic farmers’ markets include the Olde Towne Farmers Market at 400 High Street in Portsmouth and the Virginia Beach Farmers Market at 3640 Dam Neck Rd. Other Venues can be found on the web at https://www.buylocalhamptonroads.org.

Aside from growing our own, shopping carefully, scrupulous foraging, or insanely restrictive diets, we need to address the problem at its root. As with nearly every issue, this comes down to the undue influence of corporate money on public policy. The reason foods are safer and better in many other countries is because their governments are not run by and for corporations. Real solutions for making our food safe include ecologically sound organic farming methods and government oversight which prioritizes public safety over corporate profiteering.