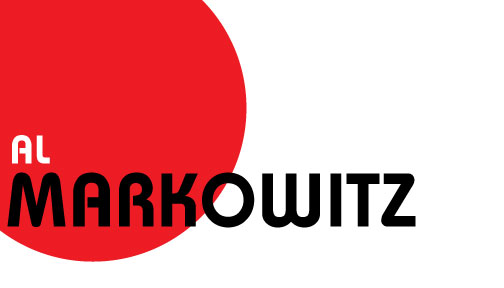 This  has been a tough time for me. News of Anthony Bourdain’s suicide hit me particularly hard. Here was a man I could relate to, both as a cook who loved to create and to taste great food, and as someone who understood that there is no “them.” Bourdain allowed us to know him and to better understand people and cultures around the world. He personalized issues in a way rarely seen. But Bourdain’s suicide was just a tipping point in my own recent spiral of depression.

It’s  what is happening to our country; the cultivated anger and division, the attacks on public protections and rights, the anti-climate insanity, the blatant racism and sexism at the top and its support by so many. Most painful is the brutal savaging of immigrants and their families. These are subjects I’ve written about and warned of for years in this space. Articles, some still on the Veer website, some on my blog, https://almarkowitz.blogspot.com have detailed the history and rise of our ugly side, of right-wing extremism, of fascism and the rise of Trump. You can honestly say you read it here first, not because I’m any kind of genius or seer. I have no crystal ball but I do a lot of reading and research including history and comparative news sources not limited to our country or to corporate media. Like Bourdain, I like to look below the surface in hope of understanding.

This  magazine has been generous and patient enough to publish deeper social and political analysis amid the lighter articles – though I have been asked to keep it local and to give the immigrant issue a rest, as it is covered extensively in national media. But the immigration issue has continued to become more alarming to me with Trump’s so-called Zero Tolerance policy and the forced separation of children from parents – even infants and toddlers –and the incarceration of immigrants, Dreamers and refugees in brutal private gulags where forced work, rape and cruelty proliferate. Americans are now showing an interest.

Hopefully  I’m not grasping at straws but maybe this is has sparked an awakening, a turning point that can snap us out of our feelings of national despair amid the constant mudslide of federal deconstruction, attacks on civil liberties and the alienation of our country from the world stage.

I  was proud to join with other locals, and with decent Americans all across our nation on June 30 to stand with immigrants, against the barbarism of Trump’s policies and of Immigration and Customs Enforcement or, ICE. Even as thousands of us demand the abolition of this increasingly fearsome militarized goon-squad with people camping out and occupying ICE facilities around the country, some officers within the agency have now added their voices to the growing call to dissolve it. As reported in the New York Times, in a letter to Homeland Security Secretary Kirstjen Nielsen, ICE agents proposed replacing ICE with a stand-alone investigations unit and another agency to handle immigration detention and deportation. The request was sent as a growing number of Democrats and immigration-rights advocates have called for eliminating ICE. They wrote, “local law enforcement officials have questioned the independence of their agency, given the Trump administration’s aggressive policies against illegal immigration — including arresting undocumented workers for minor offenses, such as driving without a license.”

Simply  shifting agency names is insufficient. In the past, I have written several articles on racist police violence as well as interviews with immigrants in an attempt to counter racist scape-goating and to humanize refugees – to show that most, if not all refugee immigrants are the direct result of our own national policies, from “regime change” to support for brutal dictatorships and forced economic austerity around the world. Yet immigrants in our country, like minorities, continue to be scapegoated for the failed economic and foreign polices that exacerbate poverty and export torture, mass murder and war.

In our own country, we have a long history of ripping children from the families of Native Americans, sent to government-run boarding schools designed to “Americanize” them. Our racist courts regularly rip parents from the children of  poor and Black families, from public assistance rules to the filling of our prisons with largely non-violent offenders. The terror of police violence, ICE roundups, persecution, and shameful human rights abuses are a continuation of past racist pogroms leading ultimately to genocides. But as shamefully present as the past and support for such monstrosity is, recent massive protests demonstrate that this is not who most of us are. What has been awakened by the disgraceful reality of children in cages is empathy and the realization, as Bourdain reminded us, that there is no “them,” only us. We are all humans trying to survive on this small, increasingly interdependent world.

As immense, nation-wide protests make clear, we too have zero tolerance. We cannot and will not tolerate systemic bigotry and the nightmare theft of children. We should not accept a foreign policy that exports human rights abuses and that creates refugees – the foreign policy that has been consistent across administrations since the 1950s and, following the corporate coup that installed Trump, is being applied to us as well.

To better understand the global forces behind Trump’s ascension, you can find an excellent piece of investigative journalism online by Adam Entous, a Pulitzer winning journalist covering intelligence, national security, and foreign affairs, entitled, Donald Trump’s New World Order.   This article, published in the New Yorker magazine is a long a read detailing the new axis of power in the alliance of the US, Saudi Arabia, Israel and the Arab Emirates. It also exposes the undue influence of American billionaires, most notably Sheldon Adelson, on our elections and on our body politic.

And money is, as Frank Zappa would put it, the crux of the biscuit. When the curtain is drawn back on all the nationalist rhetoric prominent on the extreme-right, what is revealed are the inseparably knotted tentacles of insatiable global corporate power.

Our only hope – and what helps me rise above my own feelings of hopeless depression – are the many good people who take citizenship, beyond partisan loyalties, national borders and myopic nationalism, seriously. The people willing to take personal responsibility to struggle for authentic civilization and a livable future. People who understand that there is no “them” and no enemy but the ecocidal, warmongering rule of money. It is this we must resist. It is this we must ultimately abolish if we are to survive this century. An important documentary film called “Dark Money” is showing at the NARO cinema on Wednesday August 8th which may better help us understand how money undermines our democracy and our freedoms. Understanding our common-ground, our class interests and the forces that divide us can bring us together. And together, we are an unstoppable force.Thanks again to the many who care. You give me hope.